Tell Me Another One 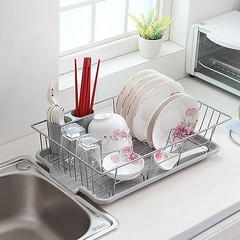 No, this isn’t a kitchen remodeling update … not exactly. We’re in a dry spell between sub-contractor jobs, which resume Thursday with the installation of countertops, then continue Friday with the installation of the new cooktop, dishwasher, and sink, topped off with the ceremonial connection of the plumbing, at which point we’ll have a fully-functioning kitchen again. It won’t be a fully-finished kitchen, though, until the 9th of December.

Donna originally wanted one section of wall cut down to the level of her new countertops, but it turned out that section had something to do with holding up the roof, so that part of the project had to be scrapped. Since we’re stuck with a floor-to-ceiling wall, she ordered an overhead cabinet to go above the cupboards below, but it had to be built and won’t be delivered until the 6th. Sal the tile guy can’t put in the backsplash tiles until that cabinet is in, so he plans to do his thing on the 9th. That’ll be everything. I think.

But back to the lovely clean dishes in the image. For 21 years I’ve been talking up the merits of an old-school drainboard and dish rack. To deaf ears. Donna’s a modern girl and won’t hear a word against automatic dishwashers, no matter how crappy a job they do. And brother, the one we had put the crap in crappy. I’ve gotten used to inspecting cups, glasses, plates, and silverware before I use them, because half the time the dishwasher didn’t get them clean. For the past few weeks we haven’t had a dishwasher, let alone a sink—let alone water in the kitchen—so we’ve been schlepping dirty dishes back to the laundry room at the other end of the house, washing them by hand in the utility sink, then putting them on top of the washing machine to dry. And they’ve been spotlessly clean.

I plucked my favorite coffee cup off the shelf this morning and it positively sparkled. I could see inside all the way to the bottom, where my reflection looked back at me. I remarked on its pristine condition to Donna, but it was a waste of breath. A new (and one hopes better or at least adequate) dishwasher will be installed Friday, and that’ll be the end of hand-washing, at least as far as Donna’s concerned. The salesman told Donna not only will we not have to rinse dishes before putting them in the new unit, we shouldn’t, because the dishwasher’s designed to work best with dirty dishes. Uh-huh. Tell me another one, appliance salesman.

Are any of you into Watchmen and His Dark Materials on HBO? I’m inclined to look down my nose at comic book-based movies and TV shows, and I always say fantasy literature isn’t my thing, but I’m totally in for these two shows. I may never pick up the actual Watchmen comic books (or graphic novels, if that hurts your fee-fees), but I love the show and everything about it: the actors, the sets, the special effects, the incorporation of American history that isn’t taught in schools, and maybe best of all the music. The other series, His Dark Materials, is based on three “young adult” novels by Philip Pullman: “The Golden Compass,” “The Subtle Knife,” and “The Amber Spyglass,” which are among the best and most spell-binding books I’ve ever read. The HBO series so far more than does justice to the books. Just wanted to get that in there in case you have HBO and are looking for something good to watch.

Anyway, here’s an interesting article in the current issue of The Atlantic, purporting to explain how the aircraft manufacturer lost its way. It posits two important reasons for Boeing’s current problems: one, the company’s late-1990s “reverse takeover” of McDonnell-Douglas, wherein McDonnell-Douglas leadership moved into Boeing headquarters and imported its own bottom-line culture; two, the relocation of Boeing’s headquarters to Chicago a year or two later, which separated executives from the engineers in Seattle who previously ran the show. The article purports to tell how a respected pillar of the aerospace business, a company run by engineer-executives who put the emphasis on building the best aircraft possible, morphed into a corporate giant whose primary purpose is to make money for its shareholders.

I have a beef with the McDonnell-Douglas part of The Atlantic’s argument. McDonnell had a well-earned reputation as a designer and manufacturer of spacecraft and military aircraft; Douglas an equally solid reputation in the airliner business. I flew the McDonnell-Douglas F-15 Eagle during my Air Force career, and never once felt it was anything less than the best fast-mover in the skies, beautifully designed and engineered, the Cadillac—nay, the Mercedes-Benz—of fighters. Every base I was posted to had a McDonnell-Douglas rep on hand, and when we needed support from St. Louis we got it, if not on the spot then overnight, even in the most remote locations. I’m not alone in feeling this way. Never have I ever* heard a fighter pilot, whether Air Force, Navy, or Marine, bad-mouth one of Mister Mac’s jets.

The part about separating Boeing’s headquarters from the manufacturing plant—and the engineers—in Seattle? Which was primarily done, by the way, in a foot-stomping fit of conservative pique over Seattle’s left-leaning culture? I’ll buy that; it makes sense. But don’t you be putting down McDonnell-Douglas, not around me anyway.

*Other than in those ubiquitous Facebook cut & paste meme posts, who ever has said “never have I ever”? But you know what? It felt right to use it in that one sentence: “Never have I ever heard a fighter pilot, whether Air Force, Navy, or Marine, bad-mouth one of Mister Mac’s jets.”

3 thoughts on “Tell Me Another One”