Back to the Bash

Yesterday was a hashing day. Some may draw a distinction between hashing and bashing, but not me. Before surrendering to our inner lazy slobs, Pick’n’Flick and I loved both equally.

Two dear friends, Casual Friday and Bimbo by Day, both former Tucson hashers and bashers, came to town to set trail for the 15th anniversary of the bicycle hash they founded in October 2006. Donna helped them scout trail on Friday and Saturday, and Sunday we both helped with the logistics of the actual trail, manning a mid-course beer check. Here I am at the start, performing the traditional blessing the hares (that’s Casual on the left, Bimbo on the right): 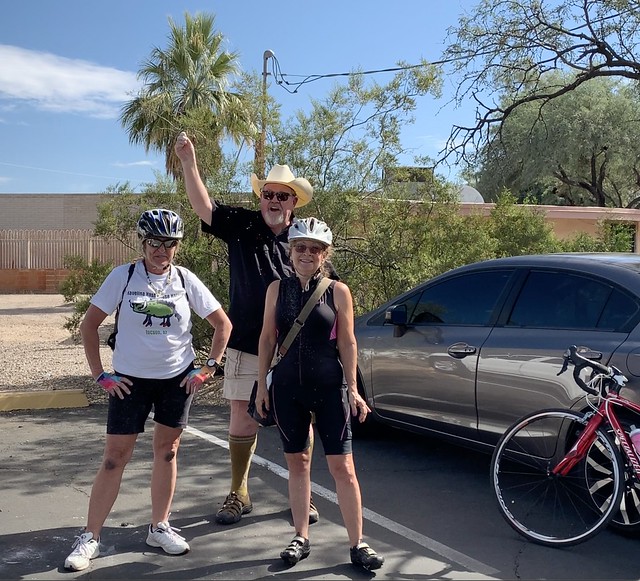 The announcement that the Pedalfiles Bicycle Hash House Harriers founders themselves would lay trail for the 15th anniversary was a huge draw. Bashers showed up from Tucson, Sierra Vista, and Phoenix … even one from El Paso. Here we are at the on-after venue, Shooter’s Steakhouse, which hosted our first on-after and many in between. 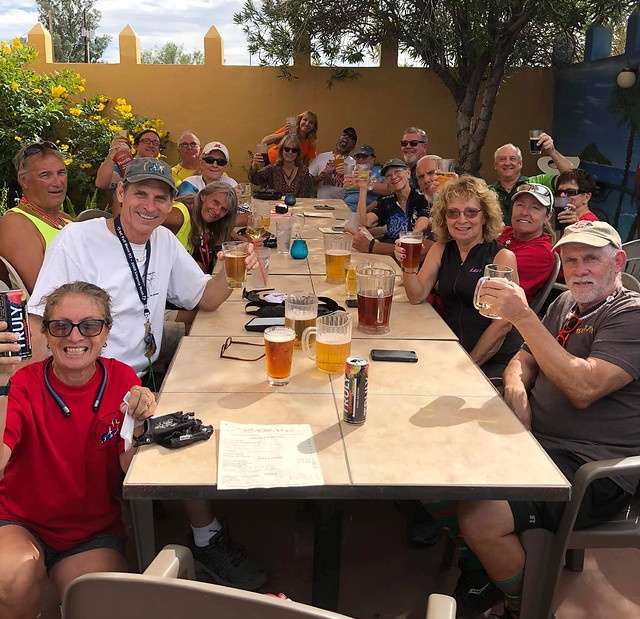 Do I still have a photo of the first Pedalfiles bash? I do! It’s a crap photo, but if I’d known then we’d still be bashing 15 years later I’d have taken a better one. Just to the left of center, Bimbo and Casual are giving last-minute instructions to the pack before setting out to lay trail. 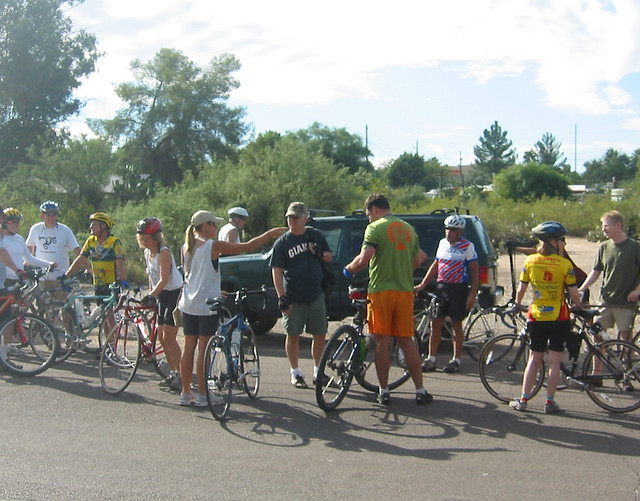 Good times and good friends. Long may they last!