Notes From My Underground

No theme. No theme. You’re the theme.

Our friend Angie is visiting. Fifteen years ago, when she lived in Tucson, she and another friend, Theresa, started a bicycle Hash House Harrier club. They’re back in town to hare this weekend’s 15th anniversary trail. Donna helped them scout the route yesterday, and afterward they scoped out the planned post-trail refreshment stop, a favorite on-after from my own days haring bike hash trails. That’s Bimbo by Day (Theresa) on the left; Casual Friday (Angie) in the middle, Pick’n’Flick (Donna) on the right. 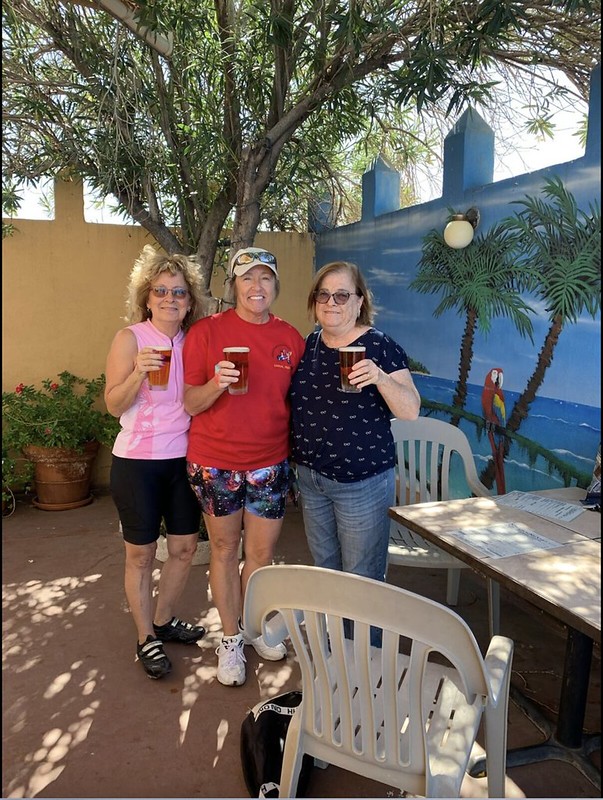 I absolutely hate the normalization of gambling. I know, that camel’s done got his whole-ass self in the tent — American mores have left me behind. But damn it, no matter how you dress it up, gambling is a corruption, a societal evil, a destroyer of lives and families. I began blocking sportsbook promoters (Caesar’s, Wynn, etc) the day their ads began infesting my Twitter feed. It must be a piece of cake to start one (not to mention a sure-fire way to print money), because new sportsbook entities keep popping up there, two or three every day. I’m still blocking them, but might as well be trying to sweep the beach. This morning I saw one on TV. Frankly I’m amazed the gambling industry hasn’t taken over Facebook and become a sponsor of All Things Considered on NPR.

I see in the news we’re soon to reopen our borders with Mexico and Canada. It hit me we haven’t seen Mexican license plates on the streets of Tucson since the pandemic began. We’re in a trade zone with the neighboring state of Sonora, and until COVID hit, shoppers from Mexico were an everyday sight around town. It’ll be nice to see Sonora plates again: as with most American states, they come in a variety of styles. I’m partial to the bighorn sheep. 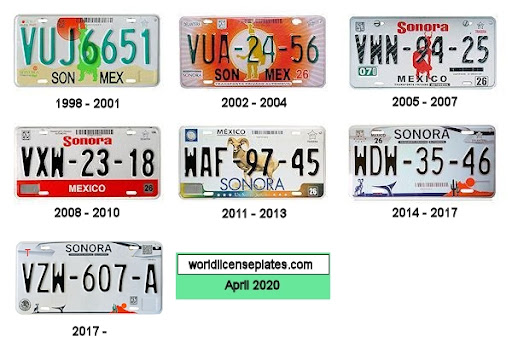 TIL (today I learned) never to assume loud crunching sounds mean Donna gave the dogs treats. Sometimes they nose open the cupboard door and chew up a whole bagful. Including the bag.

If you’ve read my blog, you know what I think of both-sidesing (giving equal time, especially in the media, to opposing views … even when one is counterfactual … as if both have equal merit). Here is where such thinking leads:

NEW: A school administrator in Southlake, Texas, advised teachers last week that if they have a book about the Holocaust in their classroom, they should also have a book with an "opposing" perspective.

Listen to the audio recording obtained by @NBCNews: https://t.co/vS0IjlROMu pic.twitter.com/yPtM1ncjgV

This yahoo hasn’t thought it through. Because what he’s also saying is that teachers in his district now have to counterbalance whitewashed American exceptionalist Texas Board of Education-approved American history textbooks with copies of Howard Zinn’s “A People’s History of the United States,” am I right?

One thought on “Notes From My Underground”