Friday Bag o’ You Know What 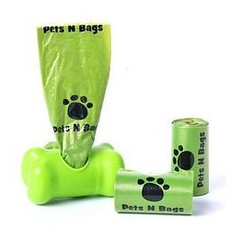 Mr. B snagged a pound of hamburger off the edge of the kitchen counter and snarfed it down—including the plastic wrapping. That was a week and a half ago. He didn’t eat for 24 hours. His poops, over the next two or three days, had us wondering if we should call the vet, but he’s back to normal now. I clean the back yard every day and pick up after him when we walk, so I’d know if he passed the plastic. To date there’s been no sign of it.

At the moment, as Donna and I work in the home office, Mr. B and Maxie, our auxiliary pup, are taking turns napping in the doggie bed on the floor between our desks. They don’t fight over it; they never do. One curls up for a while and then leaves, the other moves in, the cycle repeats. They spoon together in our bed at night but maintain separate bubbles by day.

You may have noticed I rarely mention Maxie (Figure 1, below). A friend chided me about it at book club last weekend, and I had to admit it’s true. Maxie stays in the background and seems to prefer it that way, which is why I call her the auxiliary pup … she was the same way when Schatzi was alive. Mr. B is the opposite, always in your face. Be assured, though, we give both of them lots of love.

Well, enough about the critters. My friend Ed called yesterday to ask how the motorcycle’s doing. He did a ton of work on it in October, some of it major, and wanted to make sure everything’s okay … which it is, I was happy to report. In fact it rides like a new motorcycle and feels ready for another hundred thousand miles. We made a date to go riding this Sunday, and another to drive up to the Barrett-Jackson collector car auction in Scottsdale in January.

So far Donna’s holding firm on having a no-drama Christmas. No outdoor decorations, no talk of a tree. I’m okay with all of that … I just hope no drama doesn’t mean no presents. God, I sound like a kid. But I really want a new TV and a box set of Buffy. And new socks (see Figure 2, below).

QAnon nuts have been working themselves up over Trump’s imminent arrest of Bill and Hillary Clinton and their gang of 59,998 celebrity child sex traffickers. The FBI was supposed to swoop down on them Monday. Monday, obviously, has come and gone, and … nothing. They’re carrying on as normal, still saying “any day now,” still rubbing their hands in glee as they wait for the crackdown. Now that John McCain and George H.W. Bush are in Guantanamo spilling their guts (c’mon, sheeple, you didn’t really think they were dead, did you?), the Storm should hit any day now.

What bothers me is seeing the same sort of anticipatory glee among those who think Mueller’s going to drop the hammer on Trump. Any day now. Well, I’ll believe it when I see it—and I don’t expect to see it. Mueller’s an FBI man, and it was the FBI (not just James Comey) that torpedoed Hillary Clinton a few days before the 2016 election. Still, it’s nice to see Trump running scared, and boy is he ever.

And hey, didn’t we already hear all this stuff about Epstein getting a light sentence for procuring and sexually abusing underaged girls, along with convincing stories of him and his BFF Trump sharing a girl who at the time was just thirteen years old? Why yes, yes we did. In great detail. And then the stories faded away. And now they’re back. Forgive me for thinking they’ll fade away again, and six or nine months from now be rediscovered by the media, which’ll carry on as if they never heard any of it before.

Anyone not locked into the Fox News echo chamber knew everything there was to know about Trump well before the election: the collusion with Russia, Trump Tower Moscow, the pee tape, Trump’s fealty to Vladimir Putin, the serial adultery, all the dirt we want to believe Mueller’s going to prove beyond doubt. We knew … as did Hillary Clinton, who spelled a lot of it out for voters during the 2016 campaign. Did that knowledge stop Trump? It did not. Why would anyone think it’ll stop him now?

But here’s the most important thing you need to know about Trump: he doesn’t have a dog. We all know he likes pee, but has he ever picked up dog poop to check for plastic?

2 thoughts on “Friday Bag o’ You Know What”