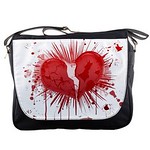 The internet is for sharing information and almost by design resists secrecy. For every security gap we find and fix, a new one opens up. We know the drill by now: change passwords, use different ones for every online account, never ever write them down.

I bought into the Heartbleed scare, at least to the extent of changing passwords for my blogs, social media, email accounts, and sites I buy things from. But I used one password, and wrote the damn thing down. I can’t wait for biometric scanners.

Speaking of biometric scanners, this is the month the bullshit contract on my crappy Samsung Galaxy runs out and I can upgrade to an iPhone, which has a fingerprint scanner. But they can hack that too! Yeah, with my cold dead hacked-off finger, at which point I probably won’t care.

While I’m at it, have I mentioned I support national ID? Can’t happen soon enough, especially with all these red states trying to keep non-Republicans from voting. Mark of the beast? Hail Satan, bring it on.

Yes, I’ve been neglecting Paul’s Thing. I’ll try to do better. But hey, I lost one whole day this week to Heartbleed, shot the shit out of another trying to fix a WordPress coding problem on my hashing blog, wrote a long book review on Goodreads, and backed up my blog databases. I’ve been entertaining a visiting friend. Scheduling volunteer docents at the air museum. I’ve been busy. Sue me.

We’re cooking today. Last month, cooling off after a bicycle ride with friends, we decided to start a cooking club. We’re to meet every other month at a different member’s home, with members drawing lots for who will prepare the appetizer, salad course, main dish, and desert (whoever draws the main dish is the host). For each dinner, we’ll prepare recipes from a single chef’s cookbook.

Today’s our first dinner. We drew the main course so we’re hosting. The chef is Hugo Ortega and the cookbook is Backstreet Kitchen. We’re making slow braised short ribs. I’ll take photos and write it up on my cooking blog tomorrow or Monday.

I was scrolling though movie choices on Amazon streaming last night and came across the 1943 German film Titanic. The blurb said it had been banned in Germany because the Nazis feared scenes showing passengers panicking as the ship sank would encourage similar panic in a civilian population being terrorized by around-the-clock Allied bombing. Though it was Goebbels who banned the showing of Titanic in Germany, it was also Goebbels who had commissioned the movie in the first place. Presumably, if Goering’s Luftwaffe had kept American and British bombers at bay, it would have been widely shown.

It was awful: crude anti-British propaganda from beginning to end, and the most wooden acting you’ll see this side of Clutch Cargo. Ship designer and president of the White Star Line Bruce Ismay was the chief villain, abetted by the British officers of the ship, who rushed to do his reckless, greed-driven bidding. The hero was a German first mate, a last-minute crew substitute for an ailing British officer. The German was the only ship’s officer to stand up to Ismay; after the ship hit the iceberg and began to sink he organized the lifeboats and saved several lives. All in all, quite a different narrative than the one most of us grew up with.

I’ll try to keep Dr. Goebbel’s Titanic in mind when right-wing nut jobs on Facebook confound me with their peculiar, unreal visions of the world. It’s no wonder they believe the things they do, given the narrative presented to them by Fox News and AM hate radio.

I hope that’s the closest I ever come to a Hitler analogy on this blog, and I promise never to do it again.