Last Friday, I wrote about trouble in one of the local Hash House Harrier clubs. A member known for picking fights in the past showed up at a recent event and hit two or three hashers. Someone contacted me and asked my opinion on whether the guy should be banned from the club altogether. I tried to get more information but everyone clammed up. No one likes to talk about dirty laundry.

Banishment is a pretty serious thing … in all my years of hashing I personally know of only one such incident.  I posted a general question to some H3 email forums: What do you do about bad apples?  I quickly heard from hashers around the world.  Turns out a number of clubs have banned people, usually for making threats, fighting, or stalking. 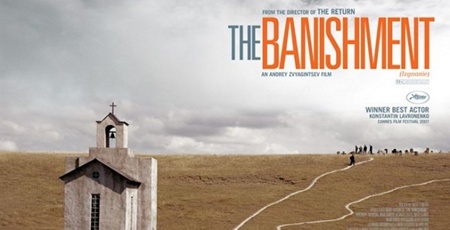 How interesting, I thought, so over the weekend I wrote a general post about banishment on my hashing blog … why it happens and how it’s handled … but I found that the post wouldn’t write itself without at least mentioning the cause of my concern: the local guy who hit other hashers a few days ago.  Within an hour of clicking “publish,” my phone started ringing.  People who had clammed up initially were now un-clamming!  The upshot was, everything I initially heard turned out to be true, and the additional information people passed on to me only made what the guy did seem worse … his actions were intolerable, and I expect he will be banished.

Well, if you’re a blogger, it’s always great to know people read what you write.

On-On (as we hashers like to say) to general bloggage:

I saw a headline about a pastor who’s calling for a national registry of atheists, and my first thought was, “Oh, like sex offenders.”  So I read the article, and yes, that’s exactly what he has in mind.  In fact, he directly compares atheists with sex offenders.  He thinks people should know who the atheists are in their neighborhoods and where they live.  You know, just for information.  Reason #9,372 to keep the Christian Taliban suppressed!

Speaking of home-grown religious police, Texas lawmakers are fighting to insert Christian language into military funerals for non-Christian soldiers and vets.  When I signed up, I checked the little block that said “no religious preference” and penciled “non-believer” into the margin.  That was in 1973.  I wonder if they have an “atheist” or “non-believer” block now.  If they don’t, they should.

Looks like the military is considering a faith-based retirement plan for future career soldiers, sailors, and airmen.  Faith in the gods of Wall Street, that is.  I wonder how this is going to go over with the troops.  Not well, I suspect.  You know, though, at some point other American workers … who are lucky to have 401(k) retirement plans if they have retirement plans at all … are going to cotton to the fact that the military’s the only group of public employees who still have cushy fixed pension plans, and they’re going to turn on the military out of pure spite, just as they’ve turned on teachers.  If we can’t have it, you can’t have it either.

Did Michele Bachmann really ask an audience at a religious rally if they liked white people?  Well, there’s a video going around showing her doing exactly that, and I would love to believe it, but the video’s dishonestly edited.  She took the stage right after a performance by a Christian rock group called the “White People Funk Band.”  But you know, here are these Christians again … the ones who want to put me on a national registry of non-believing perverts, the ones who want to proselytize for Jesus at my funeral, the ones who want to take my pension away and force me to beg God for my next meal … giving their bands racist names, and even though Michele Bachmann didn’t mean anything racist when she asked people if they liked the band, she should have known better than to follow a group named “White People Funk Band.”

Did you know some Jewish Republicans are contributing to Michele Bachmann’s campaign in the mistaken belief that she is a Jew?  Jesus H. Christ!