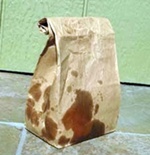 I know, bloggage has been sparse this week; my mind was elsewhere. Where, you ask? Well, if I knew, I’d turn it into a blog post.  On second thought, maybe I will!

At least some of my brain cells have been occupied with Hash House Harrier business. A hasher wrote to demand I condemn two local members for stirring up trouble at a recent event (and not just condemn, but see to it that they are banned for life). I’m flattered anyone would think my word is law, but the fact is I haven’t been at any of that group’s events since last November (and not for a year before that).  I barely know the accused, and don’t know the accuser at all.

My daughter’s more current in that particular H3 group than I am, so I asked her to find out what she could.  Yes, there was trouble.  Yes, someone acted like an asshole.  Other details are fuzzy.  I wrote back to the accuser, asking for more information, but she hasn’t replied.  So I wrote to one of the accused troublemakers, who denied everything (but who at least responded).

People form social clubs and groups, initially inviting like-minded friends and acquaintances.  If, over time, the group becomes known to the public at large (as has happened with the once-underground Hash House Harriers), you lose control over membership and the occasional sociopath slips in … the kind of person who’ll steal things or threaten other members with fists or even guns.  What do you do?  Typically, groups force the worst of the assholes out, either by making it clear they aren’t welcome or by banning them outright.

Oddly, in the week or so since the unpleasantness occurred, there’s been nary a peep about it on the group’s message board.  Apparently no one wants to be confrontational.  Were they hoping I would be confrontational for them?  It’s not my business, it’s not my group, I don’t have connections to any of the people involved … I’m staying out of it.  They know what they have to do.

A friend sent me a link to a Daily Kos article about right wing extremists talking up a possible military coup against the administration of President Obama, who, as we all know, is “putting out videos and propaganda telegraphing … a conflict with White America they’re preparing for after they get another 10 or 15 million people in the country to back them up.”

There’s zero evidence anyone in the military is planning any such thing.  It’s just one extremist blowing smoke, and I’d ignore the whole thing if only Rush Limbaugh, with his huge mouth-breathing radio audience, hadn’t once called for a military coup against Obama.  And Limbaugh, I remind you, is on Armed Forces Radio, talking to our troops overseas every day, fomenting disrespect for, and stirring up hatred toward, the commander in chief.

Another friend sent me a link to a New York Times article about the CIA pre-emptively censoring a former FBI agent’s book about 9/11.  While I’m sure there are valid grounds for keeping the CIA’s sources of information secret and for keeping some details of our hunt for the terrorists classified, I suspect the main reason the CIA wants to suppress this book is the author’s contention that “… [the] C.I.A. missed a chance to derail the 2001 plot by withholding from the F.B.I. information about two future 9/11 hijackers living in San Diego.”

Give a government agency the power to censor information about its operations and methods, and it will invariably use that power to hide embarrassing information.  I wrote about this a while back:

… our government has a long history of abusing secrecy to withhold information, often for the most pitiful of reasons.  The classic . . . and still shocking . . . case is United States versus Reynolds.  Basically, here’s what happened:

In 1948, a B-29 flying a peacetime test mission crashed in Georgia.  Everyone aboard was killed, including three civilian employees of RCA who were testing a piece of radar equipment.  The widows of the RCA employees sought damages in federal court, but the USAF would not release the accident report, claiming the tests conducted on the flight were classified and that the release of the report would compromise national security.  The case eventually went to the Supreme Court, which in 1953 sided with the USAF.  Not only was this particular report now protected, the USAF was safe from any other lawsuits arising from accidents where it could claim the necessity to protect national security.

In 2000, the accident report was routinely declassified and released.  Nothing in it related to the “secret” radar tests.  It was a straightforward accident report, pinning the blame for the fatal crash squarely on the USAF, which had authorized the flight of an airplane with serious documented maintenance problems, problems severe enough that by the USAF’s own rules the aircraft should not have been released for flight.  One of those problems led to an airborne engine fire which spread to the wing and fuel tanks, bringing the B-29 down.

In other words, the widows had a case, and the USAF knew it.  The USAF covered its malfeasance by falsely claiming national security.  Not only did they get away with it, they got themselves a Supreme Court precedent allowing them to abuse the power of classification again and again.  Naturally, by the time the report was declassified, the widows were long dead.

So do I trust the CIA?  Not as far as I could throw them. 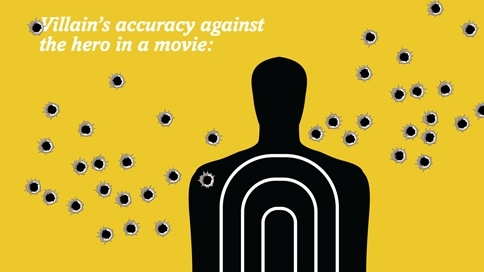 h/t to Nancy Nall for linking to this.