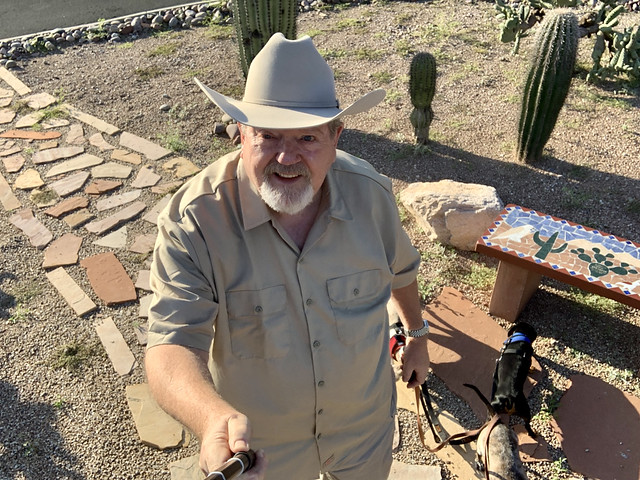 We’re well into September and the mornings are finally cool enough to break out the Stetson. Mister B was Mister Pokey on our walk this morning, at least until we turned back toward home, when he took the lead from Fritzi and Lulu and trotted right along. Maybe he could smell breakfast cooking. 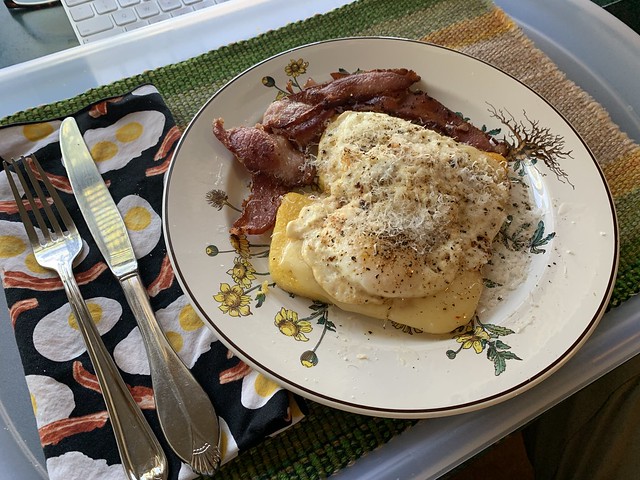 Say, wasn’t OSHA supposed to put out COVID-19 guidance for employers back in April or something? Looks like President Biden finally forced the agency’s hand. Good. More leadership, please.

On to less pleasant subjects, here’s something I wrote on the 10th anniversary of the 9/11 terrorist attacks on the United States:

By a process of logical deduction I have determined I was 54 on the morning of September 11, 2001. I was 17 on the day of JFK’s assassination; 21 on the days RFK and MLK were shot; 39 the morning the Challenger blew up. It took a long time, but JFK, RFK, and MLK finally feel like history. The Challenger disaster still has that this-decade smell to it, though it happened 25 years ago. The attacks of 9/11 remain fresh and raw; they might have happened yesterday.

Challenger has now receded into history and 9/11 is getting there, at least for those of us who remember where we were and what we were doing 20 years ago. Pulling out of Afghanistan has, I think, closed one of the remaining open wounds.

One wound though, remains open, and that’s the failure of our intelligence agencies and leadership during the lead-up to 9/11. This bit of buried history, steadfastly ignored by the media and anyone in power, is from a post I wrote in February 2014:

In 1995 a bomb went off prematurely in a Manila apartment and Philippine authorities uncovered what came to be known as the Bojinka Plot. An Islamist terrorist named Ramzi Yousef, assisted by Khalid Sheikh Mohammed, planned to kill the Pope during a visit to the Philippines, plant bombs on 11 jet airliners, and hijack a 12th airliner in order to fly it into CIA headquarters in Virginia.

It’s not like the Bojinka Plot wasn’t in the news. I knew about it at the time; so did everyone who was paying attention. The part that got my attention was the terrorists’ plan to hijack an airliner and use it as a flying bomb against a ground target in the USA. That was a new and scary terrorist tactic. My first thought was “What if they try that flying-airliners-into-buildings trick again some day?”

That was in 1995, and I was just some dumb shit reading about Bojinka in the papers. We pay people to watch for plots like this and take action to prevent their execution. But just a few years later terrorists led by the very same Khalid Sheikh Mohammed hijacked four airliners in the USA and carried out the 9/11 attacks. What did President George W. Bush have to say afterward? C’mon, repeat it with me:

“It’s hard to envision a plot so devious as the one that they pulled off on 9/11,” Bush said in a January interview with NBC’s Tom Brokaw. “Never did we realize that the enemy was so well organized.”

Well, some of us envisioned it. Some of us realized it. … I’m not a 9/11 truther, but all this is verifiable fact. We did know. We were warned. And we did nothing.

Have we gotten better at predicting and heading off terrorist attacks? I’d like to think so, and evidence suggests we’ve foiled many planned attacks by foreign terrorists. Domestic terrorism, though? Maybe, but we badly fumbled the Capitol insurrection of January 6, 2021. Of course the then-leader of our government orchestrated that attack and knee-capped military and intelligence agencies to keep them from getting in the way, so maybe we can take a Mulligan on that one. Perhaps, now that he’s been exiled to Mar-a-Lago, we’ll be better prepared for the next one — which, by the way, is scheduled for September 18th, a week and a day from today.