The US Department of Defense recently declassified cockpit videos showing US Navy F/A-18 aircrews trying to intercept and identify “unexplained aerial phenomena” … UFOs, in short. The videos have been circulating freely on YouTube and social media for a few years, but the fact that DoD has now released them has some thinking this is the military’s way of acknowledging we’re not alone in the universe.

When I was actively flying F-15s for the US Air Force, friends, relatives, and random civilians would regularly ask me about UFO encounters. I hated to disappoint them, but the truth is I never saw any. Yesterday, though, some friends on Facebook were discussing the just-released videos and I remembered the night I scrambled on one.

It happened in the early 1980s when I flew with the 32nd Tactical Fighter Squadron in the Netherlands. My wingman and I were on Zulu alert, charged with defending the airspace over the 2nd Allied Tactical Air Force region, a lateral band extending eastward from Belgium and the Netherlands across northern Germany to the East German border. The klaxon went off shortly after one in the morning and we launched into pitch blackness. NATO controllers vectored us east, telling us we were to intercept, identify, and escort an unidentified target. As we crossed into German airspace, the target disappeared from NATO radar screens. They kept us on an eastward heading until we arrived at the point where the target had been, somewhere close to the border with East Germany. We orbited for a spell, scanning the empty night sky with our own radars and eyeballs, but there was nothing there … as far as we could tell we were the only two aircraft in the sky. Once we’d burned off half our fuel we headed back to Soesterberg.

A few hours later we heard that our vanishing target had been officially classified as a UFO. As best we could find out, ground observers the night before reported seeing something in the air that didn’t behave like a normal aircraft. Air defense radar sites in West Germany picked up a blip in the same area, and shortly afterward NATO scrambled us.

I don’t know what the objects on those US Navy F/A-18 HUD tapes are, or what the tapes prove. I never saw anything like that in 24 years of flying fighters.

So here I am, continuing to disappoint UFO believers all these years later.

Another thing people often asked me about was Area 51. I flew near Area 51 many times and never saw anything weird. Any aircrew member who’s participated in USAF Red Flag exercises knows exactly where Area 51 is, smack in the middle of the Nevada Test and Training Range. No one is allowed to fly inside its boundaries, which are clearly marked on the aerial charts we all carried on Red Flag missions, but we’d routinely fly close enough to to see the Groom Lake airfield, where the USAF tests classified weapon systems. I have no reason to believe Area 51 is anything more than a remote and secure location for testing classified equipment and weapons. 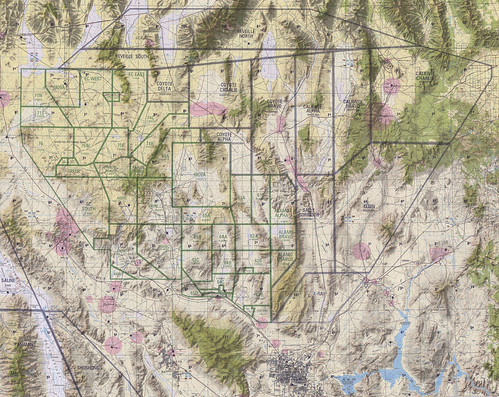 I was a range operations manager during the mid-1990s, stationed at Nellis AFB in Las Vegas. I’d frequently drive uprange with my guys to various sites in the NTTR, supporting the same Red Flag exercises we used to fly in.

We usually drove up on US Highway 95, paralleling the western edge of the NTTR and entering the range complex through a guarded gate near Tonapah, Nevada. Rather than take the same route home, we’d leave by another guarded gate on the northeast side and take Nevada 375, “the Extraterrestrial Highway,” through the little town of Rachel on our way down to US Highway 93 and back to Vegas.

Rachel is the closest civilian settlement to Area 51, home of the Little A’Le’Inn, where we’d always stop to grab a burger and visit the gift store. We wore flight suits uprange, and before stopping in Rachel would take off our patches and name tags. UFO tourists, Area 51 “investigators,” and other true believers come to Rachel from all over, and since it’s the only place in town they congregate at the Little A’Le’Inn. We’d come through the door in our green flight suits, Ray-Bans, and short military haircuts and a hush would fall over the place. We could feel multiple sets of eyeballs on us the entire time we were there. Occasionally one of our observers would give us a conspiratorial wink, as if to say “Yeah, we know what you guys fly!” 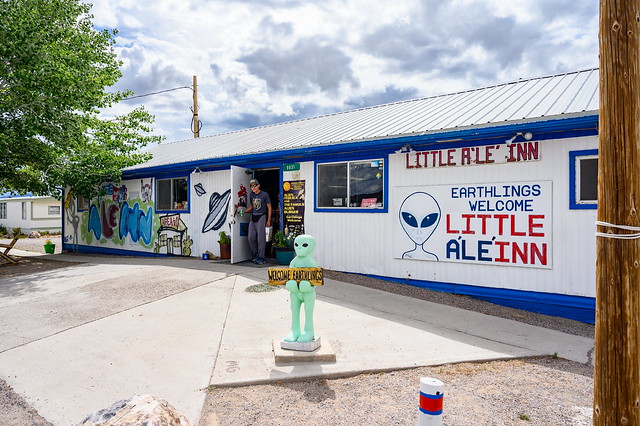 Those visits to the Little A’Le’Inn were the high point of my Nellis assignment, and if they made some true believers’ days, well then we’re even. Had they the nerve to ask, though (they never did), I’d have had to tell them I’d never seen a UFO, far less flown one.