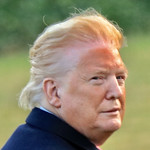 Last night, Rachel Maddow squeezed nearly a full hour out of Lieutenant Colonel Alexander Vindman’s firing. She played clips, over and over, of Army and Defense Department officials swearing they’d uphold whistleblower protections and not let Trump retaliate against Vindman for his testimony on the Perfect™ phone call.

Which of course is the second thing Trump did after being acquitted on the articles of impeachment. The first thing, apparently, was to rub orange clown makeup* on his face, being careful not to get any on his ears, neck, and scalp (a perfectly normal thing for a man to do, and not at all cringey).

Ronald Reagan fired Lt Col Oliver North from a National Security Council billet at the White House the minute North became an embarrassment during the Iran-Contra scandal. North was later indicted for a crime (attempting to defraud the United States by channeling the profits from US arms sales to the Contra rebels in Nicaragua) and chose to resign from the Marine Corps. No charges have been filed against Vindman and he has not resigned.

As to Maddow’s righteous anger at the Army and DoD for not standing by a decorated career officer, let me just say that NSC billets are pretty special, and you can argue that military officers serving on the NSC do so at the pleasure of the White House. With Oliver North, at least, there’s precedent for the commander in chief to demand a military officer be reassigned. The fact is, at least for now, Vindman’s Army career is far from over. He’s still an active duty lieutenant colonel, temporarily reassigned to the Army staff at the Pentagon, with a slot in the next War College class. War College will put him on the fast track for colonel rank and beyond. In other words, it would be perfectly valid for the same officials, the ones who earlier promised they’d protect Vindman from retaliation, to say “What’s the problem, Rachel?”

But. Who thinks for a minute Trump’s going to let it go with firing Vindman from the NSC? Has Trump ever let anything go? I’m watching that War College slot. Should Vindman lose his slot between now and July, when he’s scheduled to report, I’ll be with Rachel Maddow in condemning the Army & DoD for throwing Vindman to the wolves. Losing the War College slot would kill Vindman’s chance for further promotion and he’d very likely feel forced to retire early.

It could, of course, get worse. I’m thinking of Andrew McCabe, deputy director of the FBI, fired by Trump just a few days short of qualifying for a retirement pension. Yeah, it’s different for military members, and Lt Col Vindman already has 20 years of service under his belt and has earned a pension even if he retires tomorrow, but knowing Trump I’m sure he’ll find a way. A criminal conviction would do it, and with GOP senators and congressmen already saying he should be tried for insubordination and even treason, not to mention all the Trump loyalists now serving in the federal judiciary, who’s to say that won’t happen? All I know is it ain’t over for Alex Vindman.

“Perfect,” as used by Trump and his lackeys, has become a canary-in-a-coal-mine sign of disturbing trends. 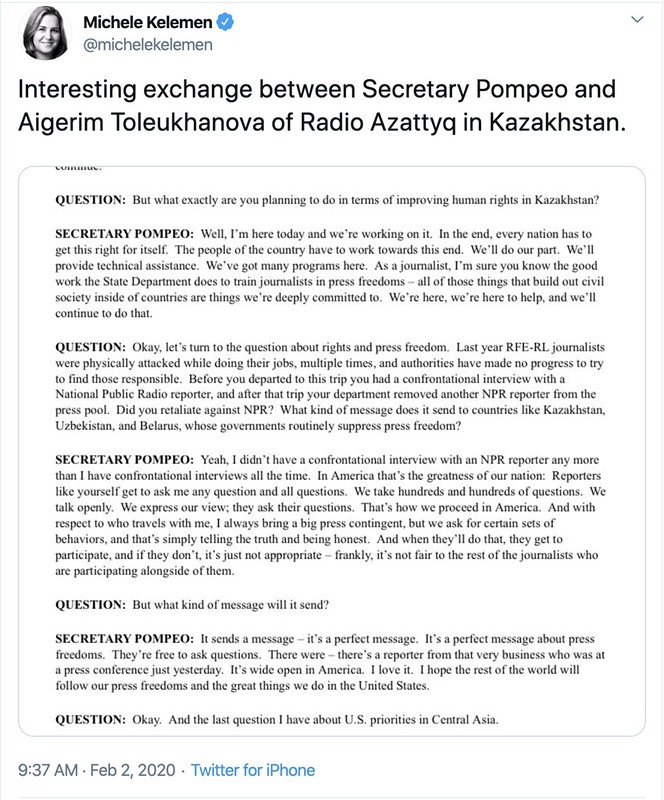 We all know what “perfect” means, or at least we thought we did. Thanks to Trump the meaning has shifted. Trump’s “perfect phone call” is one example, and here’s another from Mike Pompeo, saying kicking a National Public Radio reporter off the plane in retaliation after another NPR reporter asked him tough questions sends “a perfect message” to the press.

They’re using “perfect” to gaslight us. “Perfect” to them means “I did it and I’ll get away with it.” It’s gaslighting just as much as standing there with blood on your knuckles and saying “She broke her nose walking into a door.” As in proclaiming “We will also protect patients with pre-existing conditions” when you’re actively trying to give the insurance industry the freedom to drop them. Gaslighting as in saying “Who you gonna believe, me or your lyin’ eyes?” “Perfect” will forevermore have contradictory meanings.

That’s not the only lasting effect Trump will have on us. Two hundred years from now mothers will shush fractious children with tales of an orange-faced bogeyman coming to get them in their sleep.

*The photo at the beginning of this post is real and un-retouched. It was taken on the south lawn of the White House yesterday by presidential photographer William Moon, who no doubt will soon join Andrew McCabe, James Comey, John Bolton, et al, in exile. I hope they’ll save room for Lt Col Alexander Vindman.