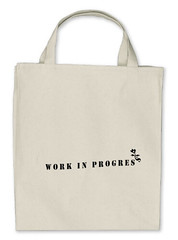 Another outpatient physical therapy session this morning, this time including stairs. Not exercise stairs, mind, real ones. My therapist, Jenny, walked me through hallways to an interior staircase at the south end of the building. Without using the handrails, I went up and down the stairs three times.

Jenny continues to tell me I’m ahead of the curve for recovery from a knee replacement, and I’m beginning to believe her. Stretching and bending exercises followed, then ten minutes on the stationary bicycle. Oh by the way, today marks one month since they sewed me back up.

I’m not ready to ride a real bicycle yet, or even my motorcycle. I still have to work up to pedaling a full rotation with my right knee. A slow stroke almost to the top, reversing, doing it again, then maybe one or two full rotations backward—only then am I ready to pedal forward; every over-the-top rotation accompanied by sharp pain, gradually subsiding over the course of several minutes.

If I tried this on a real bicycle—without two strong men to hold me up—I’d fall over straight away, probably landing smack on my titanium kneecap. Patience is called for. As for the motorcycle, I can lift my leg over it, but with my feet on the pegs I’m too uncomfortable to ride any distance. Yet more patience is called for. My goal of restarting a local MC may have to slip from late August to mid-September; ditto Saturday morning bicycle rides with our Trail Trash friends. But I’ll get there, and it helps to keep reminding myself I’m ahead of the curve—thanks, Jenny!

I’m hosting my book club Saturday a week, and that night we’re meeting our cooking club friends at a member’s house for a hot weather menu. Donna makes a mean gazpacho, but that’s what everyone else plans to make, so we’re considering bringing Vichyssoise, which we’ve never made before. Nor have we ever tried it. Our fallback will be French onion soup, which of course is served hot, but since it seems all the other members plan to bring cold soups, it might be a welcome treat.

I voted in the Arizona primary election yesterday. I’m registered as a Democrat and yet they sent me a ballot, so perhaps voter suppression isn’t in full swing yet. I have hopes for the mid-terms in November, but don’t want to get ahead of myself. Authoritarians, though outnumbered, reliably vote. Progressives? I think a lot of us will turn out to vote this time, but I fear many won’t, and I’ll believe in this blue wave when I see it.

Speaking of authoritarians: these two Trump rally assholes in the “I’d rather be a Russian than Democrat” t-shirts?

It’s clear these two think of themselves, despite their t-shirts, as patriotic Americans. As better Americans than you or I. Educated people would describe them as “authoritarian.” That’s because educated people know what the word means:

Trouble is, when we do that we’re talking down to the stupids, who don’t know what the word means. They think “authoritarian” refers to a person of strong will, a leader, a person who exudes authority. They think it’s a good thing.

The ancestors of these two shitbirds ran to Halifax to join their fellow British loyalists the day after American revolutionaries exchanged gunfire with the Redcoats at Lexington and Concord. And they have the nerve to think they’re better Americans than we are? They’re the opposite of Americans. They’re bootlickers and lickspittles, waiting for a Putin to lead them, just as their forebears kneeled to King George.

So here’s a proposal, educated people: stop describing MAGAs as authoritarian. They don’t know what that means. Start describing them as authority-worshippers. Maybe that’ll penetrate a few shells.

Long as I’m on a roll, here’s a tweet from @NPR, posted on the anniversary of the white supremacist rally and counter-protest in Charlottesville, Virginia:

One year ago, a car rammed into counter-protesters during a violent white nationalist rally in Charlottesville. Activist Heather Heyer was killed.

Excuse me, Heather Heyer was murdered. And unless it was a Transformer or one of those Uber self-driving cars, a driver was at the wheel. A driver who deliberately rammed into a crowd of counter-protesters, then backed up over the bodies of Heather Heyer and dozens of other victims in a vain effort to escape.

I don’t know what NPR’s problem is. They’re not just wording things in the passive voice. They’re whitewashing murder. Okay, maybe it’s premature to label the driver, James Fields Jr., a murderer, being that his trial is still two or three months away, but the world knows an act of murder was committed. It’s a fucking fact. Why bend over backward to turn it into a he said/she said “both sides do it” story, NPR?

One thought on “Friday Work in Progress”