Bots and Ads and Pop-Ups, Oh My! 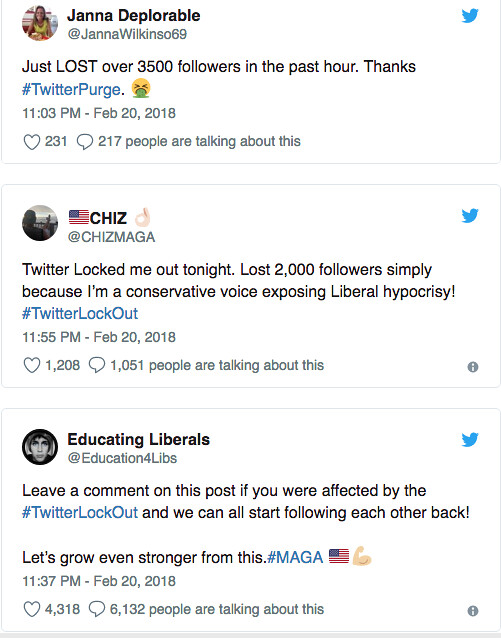 The #MAGAs are going to make a ruckus over this, and the fact that the deleted accounts weren’t human, and were thus in violation of Twitter’s terms of service, may become lost in the din. I pray Twitter doesn’t back down, but it might, as Facebook did in 2016 when right-wingers complained it was suppressing conservative news stories. That wasn’t true either, but Facebook’s reaction was to fire the employees who managed the trending topics news section and things went downhill fast. As we now know, Facebook is under increasing pressure to do what Twitter is doing, closing down malicious bot accounts controlled from Russia and former Soviet states.

Hey, I was affected too, but you don’t hear me bitching. Last night I had 290 followers on Twitter. This morning I have 289. Don’t let the door hit you in the ass, tovarich!

I don’t have a proposal to replace online advertising. You might as well ask me to come up with a substitute for capitalism. Money to pay for things has to come from somewhere, right? But god damn, advertising is ruining the internet. Just look at the proliferation of sponsored posts on social media. Or the horrid banner ads they insert between every second paragraph of articles in second- and third-tier online magazines (and even top-tier online magazines and newspapers are beginning to follow this model).

Ad blockers don’t seem to work on these, but they apparently work on newspaper web sites, since more often than not I can’t get to their articles unless I agree to turn my ad blocker off. That and subscription paywalls. It’s getting to be a real issue, one affects me directly since online news articles are the source for my You Can’t Read That! banned book columns.

If, for example, I follow a link to a story about a school banning “To Kill a Mockingbird” because Harper Lee used the n-word, and I can’t get past pop-ups or paywalls to read the story, well, you can’t either, so I’d be a pretty lousy blogger if I used that link in a YCRT! column. Sometimes I can find a different link to the same story, one that isn’t blocked, but sometimes I can’t. If it gets much worse, I won’t be able to do the column at all. Fortunately, Wikipedia is my primary source for Air-Minded aviation articles. If Wikipedia ever goes the way the rest of the internet is going, we’re doomed.

Who’d a thunk late-stage capitalism would bring on a new Dark Age by restricting access to information to those who can afford to pay for it?

Duh, lots of people, actually. I grew up reading science fiction about exactly this scenario. Trouble is, no one has thought of a way to combat it.

One thought on “Bots and Ads and Pop-Ups, Oh My!”