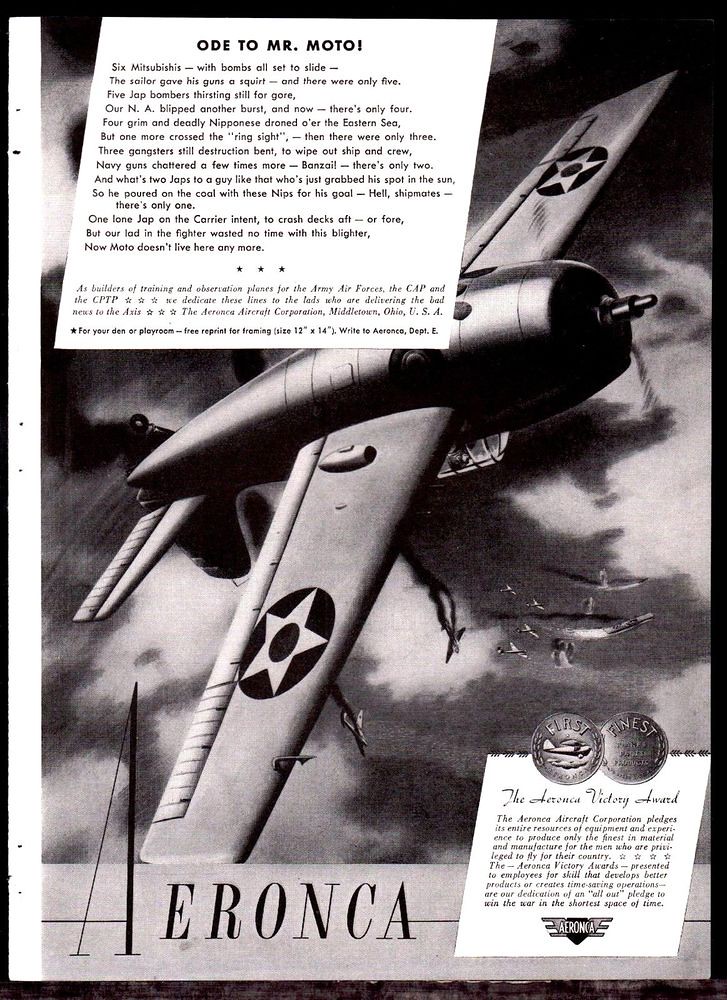 Six Mitsubishis — with bombs all set to slide —
The sailor gave his guns a squirt — and there were only five.
Five Jap bombers thirsting still for gore,
Our N.A. blipped another burst, and now — there’s only four.
Four grim and deadley Nipponese droned o’er the Eastern Sea,
But one more crossed the “ring sight”, — then there were only three.
Three gangsters still destruction bent, to wipe out ship and crew,
Navy guns chattered a few times more — Banzai! — there’s only two.
And what’s two Japs to a guy like that who’s just grabbed his spot in the sun,
So he poured on the coal with these Nips for his goal — Hell, shipmates — there’s only one.
One lone Jap on the carrier intent, to crash decks aft — or fore,
But our lad in the fighter wasted no time with this blighter,
Now Moto doesn’t live here any more.

Is that some shit or what? I recently started a Pinterest collection of military aircraft ads and posters, inspired by a Republic Aviation Thundercraft ad I featured in a previous Air-Minded post.

The exuberant racism and goading of the enemy in this WWII Aeronca ad caught my eye and brought back memories of flipping through back issues of Popular Mechanics in my grandfather’s garage, wartime magazines filled with ads for Mustang fighters, Mitchell bombers, Sperry ball turrets, and other implements of death and destruction from the air.

Did the military-industrial contractors who armed the U.S. and other Allied powers during WWII really need to advertise, or were such ads designed to keep home-front hearts burning with patriotic fire? The latter, I’m sure.

In my childhood, leftover wartime jingoism and boosterism was everywhere. I was born in 1946; for the remainder of the decade WWII remained the biggest greatest thing that had ever happened. It was in the air we breathed, in movies, on TV, in grandpa’s garage. The vastly unpopular Korean War, which started in 1950, ushered in a more subdued era of military advertising, just as Germany’s defeat five years earlier made ads like this a memory few people ever discussed: 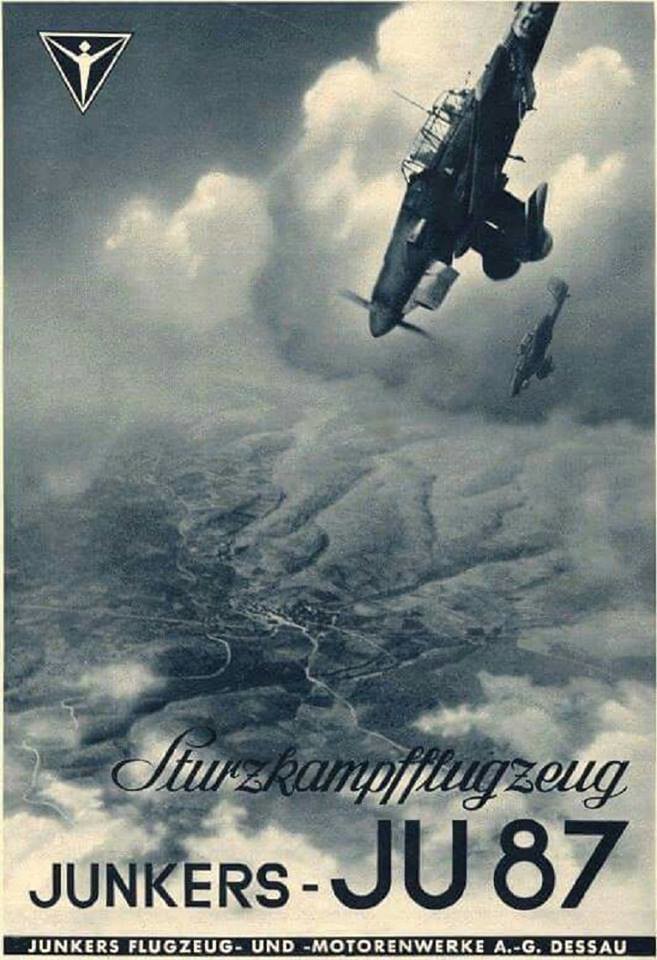