I Know, Let’s Have a Debate! 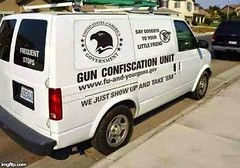 We watched the first Democratic presidential debate this week. Judging by the wealth of post-debate comments posted on social media, we weren’t alone. Most of us who sat down to watch already knew our own favored candidate would win, and funnily enough, that’s exactly how it worked out.

I’m no different. I favored Hillary Clinton going in, and when it was over felt she was the most presidential person on stage. Bernie Sanders had some great moments, but most of his home runs were emotional—the audience cheered loudest when he advocated revolution. Hillary spoke as an experienced politician, aware of the limits of presidential power and very much on top of how government actually works. Bernie proposes a people-power takeover; Hillary knows how to work the system and who to call. I’m a practical guy, so she’s my candidate. Easy peasy.

From what I’ve seen on social media, those of us who watched the debate were impressed with its overall positivity. It wasn’t all cheap shots. The candidates talked policy, not politics, and every time the moderators tried to get them to trash one another they shut the moderators down. They kept the focus on how they’d fix what’s broken and improve peoples’ lives. I think even some Republican viewers were impressed.

By the way, I once met one of the candidates in the debate. Some time in 1987 I flew to DC with a three-star general to give briefings to Pentagon officials on how the military measures combat readiness. James Webb, then an assistant secretary of defense in the Reagan administration, was one of men we briefed. The general told me beforehand Webb was a war hero from Vietnam and that he’d been wounded in action. As for me, I knew he’d written a couple of war novels, but that’s all I knew. I’ll tell you what, though, the second I shook his hand I knew he was a man of strong principles who would stand by them come hell or high water—he absolutely radiated probity and purpose. I wasn’t sure I’d like everything he stood for, but I felt great respect for him. Nothing I saw during Tuesday’s debate changed my early impression. I don’t think he’ll stay in the race much longer, but if Hillary decides she needs a crack-the-whip VP, she could do worse than to pick Jim Webb.

There’s still a long time between now, the Republican and Democratic nominating conventions, and the election. Anything could happen. That, you’ll be happy to hear, is more than enough political commentary for one blog post.

So how about Playboy, then? No more centerfolds? I haven’t looked at a Playboy in literally decades, so I don’t know what they mean by “nude” these days. There was a time when a glimpse of a woman’s breasts was a big deal, and that’s the Playboy I was first exposed to as a teenager. Along with everyone else, I watched Playboy become more explicit as competing magazines like Penthouse and Hustler pushed the limits.

Well, now I’m all uncomfortable, and I hope you are too.

Pima Air & Space Museum was invaded by former USAF aviators and crew chiefs yesterday, and many of them were on my tram tour, forcing me to play it straight—they’d have called me out if I strayed too far from the facts.

Although the USAF retired its last F-4 Phantom II fighters in the 1990s, workers at the Davis-Monthan AFB Boneyard later converted several lower-time F-4s into QF-4s, remotely-piloted target drones. As part of this program, DM kept a small cadre of pilots and back-seaters on hand for test and delivery flights. Every now and then Tucsonans would hear a roar that hadn’t been heard in years, and look up to see a Vietnam-era Phantom flying overhead.

Word had gotten out that two manned QF-4s would take off from Davis-Monthan, just across the street from the museum, at one o’clock yesterday. Former F-4 pilots, back seaters, and maintainers—some from as far away as Phoenix—showed up to watch. Most got there in the morning and spent their time exploring the museum and taking tours, but around twelve-thirty they started gathering outdoors. Many of them climbed up a little hillock by the museum’s main entrance, the better to see the Phantoms fly. It was really fun to see those old guys up on their hill, as excited as children. And damn it, at a quarter to one I remembered I had to drive to the base to pick up a prescription at the pharmacy, forgot about the impromptu airshow, and missed the excitement. Fortunately, someone from the museum was on the hill with a good camera, and posted this photo: 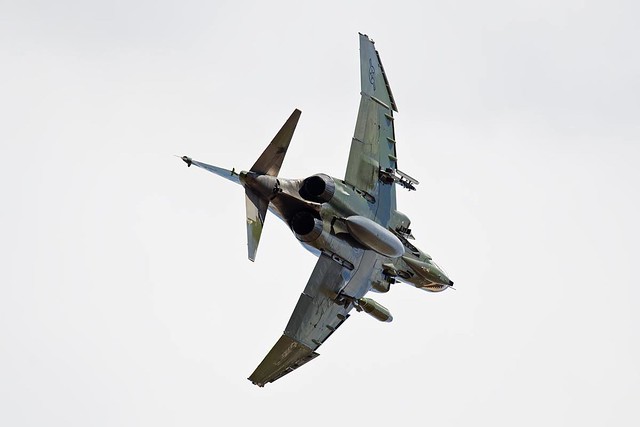 And that’s not all. Members of USAF Pilot Training Class 65F held a reunion at the museum yesterday. Class 65F went through training at Vance AFB in Enid, Oklahoma, which is where I learned to fly nine years later (we had a different class numbering scheme by then; I was in Class 7405). So a bunch of these guys and their wives were on my tram as well, and it turned out I knew a couple of them from my flying days.

Anyway, what I really wanted to say is that when I pulled up to the main hanger at the end of the tour, this very tough audience gave me a round of applause. Ahem. I’m pretty proud of that.

Finally got around to watching the season two opener of Fargo, the Coen Brothers-produced TV series based on the earlier Coen Brothers movie. We loved season one, and it looks like season two will be awesome as well, but I was a little disappointed to see some lazy and predictable clichés in the opening episode. One was the character at the bingo hall, clearly playing the same role John Goodman played in another Coen Brothers movie, The Big Lebowski. Another was the ditzy housewife who drives home with a dead guy (she thinks he’s dead, at any rate) draped over her hood, his head sticking halfway through the windshield, but at least that bit was based on some real-life hit & run cases. That’s all I have to bitch about, though. I know I’m going to love it, and thank goodness the summer TV doldrums are over.

One thought on “I Know, Let’s Have a Debate!”