This is an older Air-Minded post from 2014. I edited it for clarity and moved it back to the top of the blog so new readers or those who missed it the first time around can see it. It features two F-15 Eagle videos with lots of exciting GoPro cockpit footage. I’m all for cockpit videos, but am also concerned about professionalism and flight discipline. The messages these videos convey to viewers are quite different, and in this post I try to explain why. —Paul

Prominently featured on The Aviationist web site, “one of the best cockpit videos ever.” 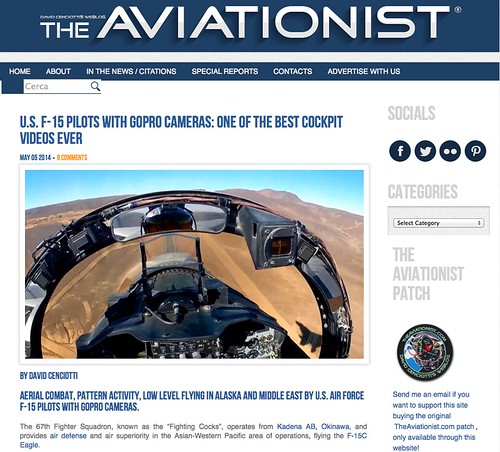 Would you like to watch it? It no longer appears on The Aviationist, but here’s a copy:

Cool, huh? But is it the best cockpit video ever? Check this one out: 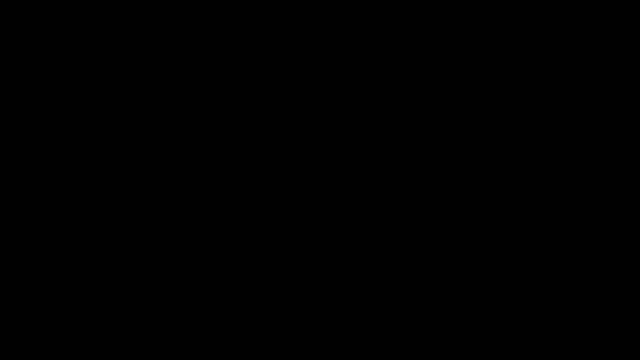 Both videos are about a Raytheon Trophy-winning F-15 squadron based at Kadena AB, Japan (the Raytheon Trophy is an annual award given to the top air-superiority squadron in the US Air Force).

So which video is actually “best”?

If by “best” you mean what’ll be most popular with YouTube fanboys, the first video, the one filmed in 2013, wins. It opens with a mix of clips from typical F-15 training sorties at Kadena; the second half is a nonstop thrill ride with lots of high-speed low-level action filmed during deployments to Alaska and the Middle East. If you’ve never flown, screaming along a few feet above the ground might be your idea of what flying fighters is like. Yes, you get to do that in fighters … about one percent of the time. I love that stuff too, don’t get me wrong, but it doesn’t win wars and it’s not representative of what F-15 pilots normally do. The outstanding part of this video, to me, is the sound of the 20mm Vulcan cannon firing from inside the cockpit at the 1 minute, 57 second mark: if you’ve ever wondered what it sounds like when you pull the trigger, this’ll answer your question.

If by “best” you mean a video that shows what the business is really like, the second video wins. It was filmed a year earlier, and follows a formation of Kadena Eagle pilots on a single training mission: flying dissimilar air combat (DACT) against Navy F-18s, interpreting bullseye calls from AWACS controllers, sorting and targeting opponents from beyond visual range, taking simulated long-range missile shots, reacting defensively to radar warning receiver indications when the Navy pilots take their own long-range shots. After the DACT portion of the mission the pilots top up on a KC-135R tanker, then fly visual combat against each other, starting from perch setups and maneuvering to get close-in Sidewinder and gun shots, followed by a return to base and landing. It’s the real thing, and of the two videos, it’s the one fighter pilots would choose. If you could only add the segment from the first video, the one where the pilot fires the gun and you get to hear it, it’d be damn near perfect!

In my day, and I doubt the rules have changed, cameras and video recorders in single-seat cockpits were a firm be-no. A few midair collisions and ground impacts were found to be the result of pilots misjudging closure rates because they were looking through camera viewfinders rather that at the real world outside; the USAF responded by banning hand-held cameras from single-seat fighter cockpits. Pilots who flew air defense missions in single-seat interceptors were allowed to carry them, but only for the purposes of photographing intercepted aircraft for intelligence analysis. Hand-held cameras were never authorized on normal training missions.

But then came GoPro video cameras. They can be mounted on helmets or pretty much anywhere in the cockpit to produce the kind of pilot’s view action shots you see in these videos. But they’re still technically “hand-held” cameras, and I doubt USAF rules have changed. Nevertheless, there are a ton of GoPro fighter videos on YouTube, and I have to believe the pilots involved in creating them had permission … if they didn’t, the videos wouldn’t be on YouTube where anyone could see them. Of course the videos could have been filmed without permission and then posted to YouTube by unauthorized persons, but if that were the case some squadron and wing commanders would have been fired over them, and I would have heard of that. So I’m taking it as a given that these two videos at least were filmed with USAF approval.

If I were the king of the Air Force, I’d be proud of the second video. I used it myself as part of the F-15 Eagle presentation I gave at the Pima Air & Space Museum last September. I don’t think I’ve ever seen a better job of capturing the look, sound, and feel of what flying F-15s is actually like. Equally important, it shows the professionalism required of fighter pilots and military pilots in general. There’s nothing easy about flying fast movers: mastering those highly specialized skills takes years of study, training, and practice, not to mention motivation and discipline. Even though the air combat shown in that video is spectacular, with lots of turning and burning and vertical maneuvering, there’s not a bit of hot-dogging.

The first video? The first half is great, but the second half is nothing but hot-dogging. Yeah, whoever filmed it would probably argue that those inverted ridge crossings and extreme low-level runs are valid tactical maneuvers, but that’s not the message the video conveys. What it seems to be saying is that flying fighters is the ultimate amusement park ride, and that screaming over the ground at tree-top level … to no useful purpose whatever … is all fighter pilots do. Worse yet, a couple of the low-level sequences appear to violate minimum altitude rules (watch for the shadows), indicating a serious flight discipline problem. Oh, and did you catch the X-rated lyrics in the sound track? I can see some viewers asking, “Is this what the Air Force does with my tax dollars?” The video is overwhelmingly unprofessional. If I were king of the Air Force, I’d keep it in the drawer for private viewing, along with my stash of porn.

They may have approved its creation, but I can’t believe either Raytheon or the USAF fully endorses the first video, the one The Aviationist calls “one of the best cockpit videos ever.”