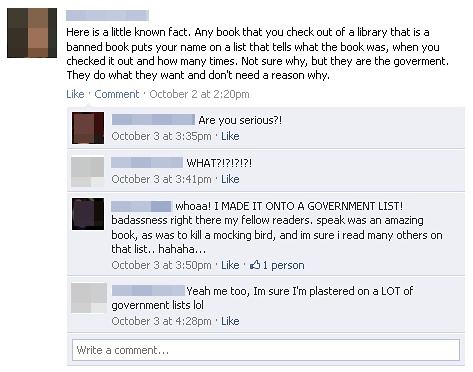 Montana 1948 is a short novel about growing up in northeastern Montana. I’m not sure if it’s considered a “young adult” novel (like To Kill a Mockingbird, which it somewhat resembles, it can be read by all ages from the early teens up), but it is often assigned as reading at the high school level, and in some cases has been challenged by parents and even banned by school authorities as being too adult for young readers. These complaints and bannings center around sex, which is at the heart of the family scandal the narrator writes about.

The narrator, an older man recalling events that happened when he was 12, tells us about growing up in a small Montana town where his father is sheriff, his uncle the town doctor, and his grandfather a prominent and powerful rancher. His family’s live-in housekeeper, Marie, is from the nearby Indian reservation. Marie falls ill with pneumonia and the family wants to call in the doctor, the boy’s uncle. Marie is almost hysterical in her opposition to seeing the doctor, and when the mother insists on calling the doctor anyway Marie is forced to tell her that the uncle takes sexual liberties with female Indian patients, and that he’s been doing it for years. The boy’s father, as sheriff, is instantly put into a situation where there are no good answers, no easy choices.

The story, of course, is about what happens next, but the core of the story is the rapid growing-up a 12-year-old boy has to do in a situation like that. Before the crisis, he worshiped his uncle. He has doubts that his father will be strong enough to face up to the popular (with the white people of the town, that is) uncle and his fearsome, politically-connected grandfather. He sees the strain the situation puts on his parents’ marriage. He witnesses some shocking confrontations between various actors in the story. And he does grow up.

Well, you ask, what’s the problem with that? Sounds like a great story, and very much like To Kill a Mockingbird. And as far a sex scandals go, this one’s nothing to the one Scout’s father, the unforgettable Atticus Finch, has to deal with. But don’t forget they still challenge (and sometimes ban) To Kill a Mockingbird too. There are many parents … and unfortunately some school district superintendents and even librarians … who don’t think 15- and 16-year-old kids are ready to deal with adult situations, especially ones where sex is involved.

So how’s the book? Very, very good. It’s simply and directly told, and there’s more than enough detail to tell you the author knows what he’s talking about when he describes rural Montana life: the twitchy relationships between whites and native Americans, small-town politics, the pleasures and hardships of life in that harsh land. I was very impressed, and I don’t compare Montana 1948 with To Kill a Mockingbird lightly … Larry Watson’s novel earns the comparison.