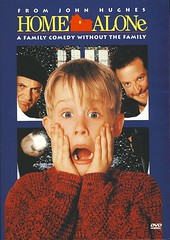 Donna’s with her friend Millie at the ranch in Queen Creek. I say “the ranch” like it’s our spread or something, but no … I call it that because Donna goes there often. Millie’s son owns it; she and Donna drive up to watch over the place and feed the livestock when he has to go somewhere. One of these weekends I’ll ask if I can come along. Not this weekend, though. I’m home alone and living on takeout so the kitchen stays clean until Donna’s return tomorrow morning.

With Donna away it’ll be a good night to catch up on the streaming TV shows I watch alone. We watch several shows together* but like any couple one of us has favorites the other can’t stand and vice-versa. Which is why we have two TV sets, one in the family room and one in our bedroom.

By the way, who calls them “TV sets” any more? We still do, which severely dates us, but we’re not so dated as to call television “the tube,” except ironically. Remember Alaska Senator Ted Stevens describing the internet as a series of tubes? Tubes on the brain this morning, me.

The watch repair shop in LA wrote to say my beloved Vietnam War-era Seiko is ready. I paid the bill (yikes) online and got an email with tracking info: it should arrive by FedEx Tuesday, in a plain brown paper-wrapped box with a vague return address to disguise the fact it’s from a watch repair shop and thus may contain something of value. While waiting on this watch to be repaired I used a small amount of motorcycle sale money to buy another self-winding Seiko for my collection, one with a green dial I’ve been lusting over. A dial, it turns out, that only reveals its true color when the light hits it right:

Pretty, no? This brings my collection of mechanical self-winding wristwatches up to five, enough to fill each slot in the display box I bought a couple of months ago (the everyday quartz watches get tossed in a dresser drawer when not in use). Watch mania has now run its course and Donna gets the rest of the motorcycle money. Her birthday’s coming up, not to mention Mothers’ Day, and she needs a new recliner to replace the one she wore out watching those favorite shows I can’t stand. On the tube set.

Meanwhile, the rose bushes out back are in bloom. There were six when we moved in 23 years ago and instituted our patented program of neglect. We’re surprised anew every spring when the three survivors put forth new flowers.

My goal today is to answer the latest letter from my pen pal in Virginia, then dive back into Robert Hughes’ “The Fatal Shore,” a history of Britain’s penal colonies in Australia. I recently read Meg Keneally’s novel “Fled,” a fictionalized account of the conviction, transportation, and escape of Mary Bryant, one of the first prisoners sent to Botany Bay (and one of the very few women in that initial group), which left me wanting to know more. Hughes’ book, which by all accounts is the definitive history of that brutal time and place, has been on my office shelf for years, unread. Now that I’ve started on it, I can say Hughes’ nonfictional history (which includes the story of Mary Bryant) is even more gripping than Keneally’s dramatic novel.

As for criminal justice and incarceration, we’ve come only a little distance from the 19th Century, and some would argue — pointing to our own black sites and Guantanamo Bay, or Nauru, the island where the present-day Australian government warehouses refugees and would-be immigrants — that we’ve come no distance at all.

On to happier thoughts: Fritzi, alone of our three dachshunds, sees and reacts to dogs on the tube.

And not just dogs. She barks at any animal. She goes after televised horses, elephants, and rhinos, sometimes ducking through the door you see in the video to see if they’re behind the wall. The other night I watched the first episode of Severance on Apple TV, which opened with a woman in office attire laying prone on a table in an empty conference room. Fritzi went nuts over her, too, so add humans on all fours to the list of animals to bark at. Fritzi is, without doubt, the most human of our dogs (which may or may not be a desirable trait in a pet … the jury’s still out on that).

*What Donna and I are watching (together) this week: