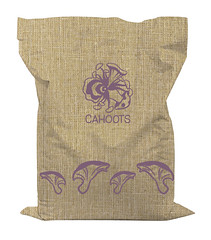 No bites on the motorcycle. Well, one, but he backed out. A guy said he was coming by to look at it, but texted me back to say forget it, you’re asking too much. Which I probably am, but since he didn’t ask if I’d go lower, I figure he was just a looky-loo. I’m nervous about idle tire kickers, and test rides in particular. I’m going to ask anyone who wants to test ride the bike to bring a helmet and wear it, show me a license with a motorcycle endorsement, and leave the keys to his or her car as collateral. Reasonable? I have no idea.

By the way, I’m told Craigslist is no longer the place to sell things; Facebook Marketplace has supplanted it. Is there nothing Facebook isn’t busy taking over? Amazon, maybe … unless Zuckerberg and Bezos are in cahoots?

Cahoots. Now there’s a word for you. What does M-W have to say about it?

Cahoot is used almost exclusively in the phrase “in cahoots,” which means “in an alliance or partnership.” In most contexts, it describes the conspiring activity of people up to no good. (There’s also the rare idiom go cahoots, meaning “to enter into a partnership,” as in “they went cahoots on a new restaurant.”) “Cahoot” may derive from French cahute, meaning “cabin” or “hut,” suggesting the notion of two or more people hidden away working together in secret. “Cahute” is believed to have been formed through the combination of two other words for cabins and huts, “cabane” and “hutte.”

The dictionary lists the word in the singular, cahoot, and identifies it as a noun. But when have you ever heard it used that way? I haven’t. I suppose there is such a thing as a cahoot, a partnership between up-to-no-good actors, as in a cahoot between Zuckerberg and Bezos, but no ever phrases it that way. No, we’d say Mark and Jeff are in cahoots.

Donna finally mentioned a thing she’d like to have for Christmas, and I immediately ordered one from Amazon. Gettin’ down to the wire here, what with postal slowdowns and clogged supply chains. Hope you’re thinking ahead, especially if you’re ordering gifts for us! (What? You’re not?) Speaking of planning ahead, we ordered our Thanksgiving dinner from Whole Foods last week … if we’d waited until today, we might be out of luck.

If I sign off by wishing you happy holidays, there’s a danger you might take it to mean I don’t plan to post again until they’ve over. Let me assure you that’s not the case. More soon!