When citing news reports and other outside sources, I try to avoid paywalled material. If I can’t open a New York Times or Washington Post article, I have to assume Paul’s Thing readers won’t be able to either. YCRT! posts in particular feature links to news stories. In the past, when I couldn’t read major media articles on book banning and censorship, I could often access local media articles about the same incidents and link to those. Sadly, paywalls have percolated down to local news sites, and it’s getting harder and harder to find links everyone can access.

So this is an appeal — if you come across an open source article I ought to link to in a YCRT! post, please contact me with the link. Thanks! And big thanks to my California friend who subscribes to the New York Times and Washington Post and helps me discover what they’re reporting. Thanks to him I’m able to read those articles and op-eds, and while I may choose not to link to them, I can quote the important parts in YCRT! columns.

As I noted in a previous YCRT! post, the number and frequency of book banning attempts is on the rise. Highlights I want to draw attention to in this news roundup include: 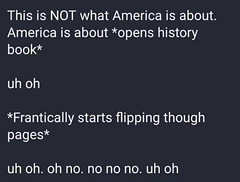 “Citing fears that teachers are laying guilt on white children, some states have passed laws banning classes from broaching the idea that anyone should feel ‘discomfort’ or ‘anguish’ on account of their race or sex. Republican leaders have also sought to cut funding for schools that teach the New York Times’ 1619 Project, and they have advocated ‘patriotic education’ instead of what they call an excessive focus on the United States’ past and present wrongs.”
— Books on Race, Sexual Identities Taking a Hit; States Look at Pulling Some From Schools

“Critical race theory is a Marxist philosophy and a cancer that spreads through the vehicles that you spend my taxpayer money on … You have activist teachers using it to indoctrinate their kids who are at the mercy of their authority. That is child abuse and you have no right to brainwash children into believing that their skin color supersedes the power of constructive life choices.”
— One Week After Virginia Elections And School Board Members Want To Burn Books

“‘They’re coming at us at an unprecedented rate now,’ Virginia Library Association Executive Director Lisa Varga told Patch about the level of book removals. ‘We’re here to protect the First Amendment rights of students and the public.'”
— Librarians Warn of Threat to Intellectual Freedom in VA Schools

“… please do not allow any of these books to be checked out while we are in the process of gathering more information. If a book on this list is currently checked out, please do (not) allow it to be checked out again once it’s returned.”
— Goddard School District Orders 29 Books Removed From Circulation

“North Kansas City Schools has removed two award-winning books, Fun Home by Alison Bechdel and All Boys Aren’t Blue by George M. Johnson, from school libraries pending the outcome of challenges against them. This violates the districts own regulations and threatens students’ rights. NCAC has written to the district to urge them to return the books to shelves pending review and to ensure that the review of these books is based on objective, literary criteria, not the personal viewpoints of those who challenged the books.
— Kansas City, Missouri, District Censors Fun Home and All Boys Aren’t Blue in School Libraries

“The director of the American Library Association’s (ALA) Office for Intellectual Freedom, Deborah Caldwell-Stone, told NBC News that the association, which compiles a list of the country’s ‘most challenged books’ every year, has seen a notable increase in challenges to books with LGBTQ narratives. ‘I’ve worked at ALA for two decades now, and I’ve never seen this volume of challenges come in,’ Caldwell-Stone told the news outlet.”
— South Carolina Governor Urges Banning of LGBTQ Book in Schools

“A sexually explicit book discovered last month on a Keller ISD library database created a firestorm that came to head. Upset parents called on the school board to immediately remove other similar material or resign. ‘Lead this district, protect our children or get out of the way,’ one parent said to the board.”
— Keller ISD Parents Call on School Board To Remove Sexually Explicit Books or Resign

“At first, [Brighton High School librarian Catherine Bates] … refused to remove the books. She said four days passed, and she thought the controversy had been resolved. ‘I got a call, and I was told that the books were coming off the shelves, whether I was willing to do it or not,,’ she recalled. ‘And … I did it. I felt like it was an ‘Old Yeller’ situation. I’m going to be the one to shoot the dog. … It happened on my watch.'”
— Book Banning? Email Prompts Utah District To Pull Titles From High School Libraries

“A social media message circulated before the meeting showing a message that appeared to be from the Northern Illinois Proud Boys, a far-right extremist group. The message urged people to come to the meeting to ‘keep pornography out of Downers Grove schools.’”
— National Fight Is Creeping Into Illinois Schools Over What Is Read, Taught and Who Belongs

“New Hampshire, the state that so loves freedom that its license plates warn you’ll be put to death if you don’t live free, took a slightly different approach to its ban on teaching ‘critical race theory’ in the state’s schools.”
— Anti-CRT Group Promises Bounty on New Hampshire Teachers Doing Thoughtcrime 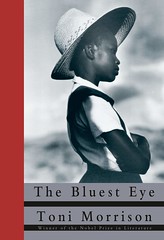 The Bluest Eye
by Toni Morrison

Toni Morrison’s debut novel is a frequent target of book banners. The American Library Association began tracking book challenges and bans in 1990; according to its records “The Bluest Eye” was the 34th-most banned book in the United States during the decade of the 1990s, the 15th-most banned book of the 2000s, and the 10th-most banned book of the 2010s. It’s currently in the news in Kansas, Virginia, Illinois, Utah, and Texas, with parents protesting its presence in school libraries and demanding teachers quit assigning it as reading to high school students.

The novel tells the story of Pecola Breedlove, an eleven-year-old Black girl in Lorain, Ohio (Morrison’s home town) in 1941, a time when popular standards of beauty were set by white society; for little girls the ideal was blond hair, white skin, and blue eyes. Pecola, a dark-skinned Black girl who perceives herself as ugly, dreams of Shirley Temple and prays for blue eyes. Her story is told by her slightly-younger neighbors and foster sisters, Claudia and Frieda, and through a third-person narrator who also describes the lives of Pecola’s parents, Cholly and Pauline.

Pecola’s story is depressing, disturbing, and unsettling. She doesn’t merely think of herself as ugly; she’s told so every day by lighter-skinned Black schoolmates, her parents, her teachers, and her community at large. Her family not only gives her no support, her drunk of a father burns their house down and eventually rapes and impregnates her. Pecola finally gets the blue eyes she prayed for — by descending into madness.

Morrison is brutally honest in her portrayal of colorism, a subject often avoided by Black authors. While also telling the story of the racism Black families encounter in northern states, she pulls no punches in describing other problems afflicting poor Black communities, including alcoholism, child abuse, and incest.

Book banners, when they argue “The Bluest Eye” is inappropriate reading for high school students, cite its focus on racism, sex, child abuse, pedophilia, incest, and rape. In 2013, one such book banner (Mark Smith, president of Ohio Christian University) let the cat out of the bag when he said “I see an underlying socialist-communist agenda … that is anti what this nation is about.” It’s pretty clear what he meant: the novel reflects poorly on America and its dominant white culture (never mind that Morrison pulls no punches when it comes to Black culture).

If I was a young adult reader today, a high school junior or senior reading “The Bluest Eye” for an AP English class, how might I react to it? I suspect I’d come out of the experience with a fuller understanding of how Black families experienced America in the pre-civil rights era, and perhaps continue to experience it even today, at least Black families living in impoverished and still-segregated communities. I’d also be profoundly depressed over the human condition. If I were white, I’d be embarrassed. If I were Black, I’d be equally embarrassed, because Morrison doesn’t spare anyone in this novel, save perhaps Claudia, Frieda, and the three prostitutes who befriend Pecola.

Do I think “The Bluest Eye” is appropriate reading for high school students? Are you kidding me? It should be required reading!