When I started working there as a tour guide in 2011, Pima Air and Space Museum had a robust volunteer program. I was proud to become part of it. PASM’s volunteer docents were, almost without exception, former military or civilian aviators. We knew our stuff. We worked in autonomous teams headed up by docent managers who conducted training, quality control, and annual recertifications. We maintained an extensive library and research program and presented monthly seminars attended by fellow aviators, enthusiasts, volunteers and staff from other air museums, even representatives of the National Air and Space Museum, who’d fly in to tape our presentations for the Smithsonian archives. We published, under the museum’s imprint, scholarly articles on aircraft and aviation history.

Things started going south in 2018. First to go were the library, the quarterly newsletter, and the monthly seminars — eliminated by museum management. Next, team managers: training and certifying new volunteers was taken over by paid staff, none of whom had aviation backgrounds. Early in 2019, entire docent teams — walking tours and greeters at first — went away; volunteers who had conducted those functions were told their services were no longer needed. Simultaneously, the docent team conducting guided tours of the nearby Air Force Boneyard was dismissed; three minimum-wage workers replaced them, responsible only for standing at the front of tour buses and reading from a prepared script. PASM then stopped providing tour guides to school groups, and with that another group of specialized volunteers was gone, along with the paid staff member who ran the school liaison program.

By the beginning of 2020, only the tram team remained: a group of volunteer docents, of which I was one, who escorted visitors around the 80 acres of outdoor aircraft on display, narrating and answering questions as we drove.

By the end of February 2020, PASM management had become openly hostile to the few of us who remained, and I parted ways with the museum. Two weeks later the COVID-19 pandemic began and PASM closed its doors. When it re-opened with limited hours in September 2020, management didn’t bring back any of the remaining volunteeers. As of my most recent visit, in September 2021, there are still no volunteer docents at PASM — no one to answer questions, no tour guides, no tours.

When the Boneyard tour team was dismissed, I predicted the tram team would be next, replaced by a few unskilled workers working for low wages, responsible only for maintaining a set speed while a recorded narration played over the loudspeakers.

Turns out I was mostly right. PASM’s hiring: 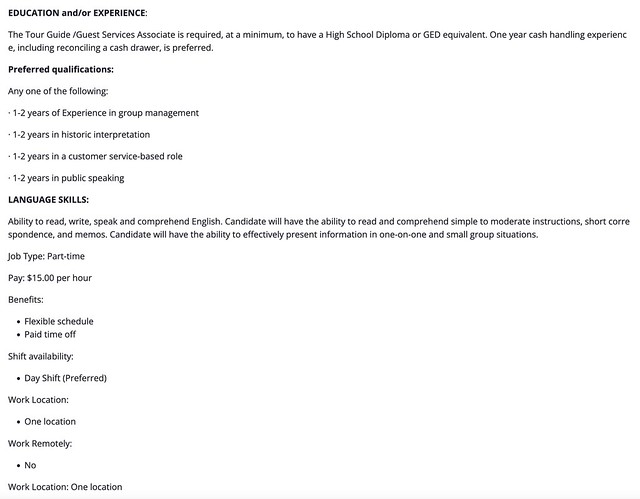 I forwarded the job notice to a former volunteer who now works for the Air Force as an aerospace engineer; he replied that if this had happened when he was still a student at the University of Arizona, he’d have jumped on it. Then again, even when he was working on his degree at the U of A he knew a lot about aviation and aircraft, so he may not have been what PASM management is looking for now: they want high school graduates who can drive while reading from a script. For 15 bucks an hour, part time with no benefits.

The part of my prediction where the requirement to read from a script goes away, replaced by a recorded narration playing over the loudspeakers, is yet to come — but seems more certain than ever.

When it happens, I’ll be here to say I told you so.

According to this article, inmates in Ohio had already stamped out 35,000 of these new license plates before the state realized its mistake: the Wright Flyer is backwards. I sincerely hope a few of those plates are smuggled out of prison and find their way onto the collectors’ market … they’ll be worth a fortune some day! 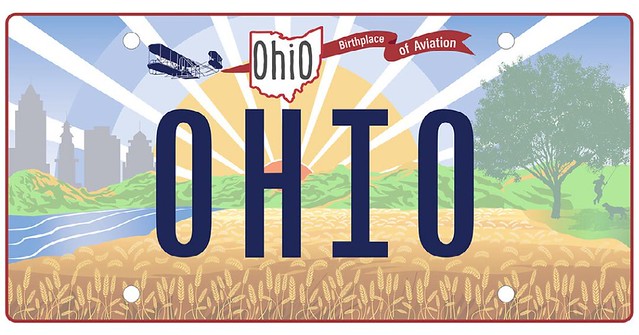 Of course, the Wright Brothers actually did build their airplane ass-backwards, with the elevator in front rather than the rear, so did Ohio really get it wrong?