AIr-Minded: Son of More With Less

In a recent post I described big changes to U.S. Air Force’s undergraduate pilot training (UPT) program — big changes from my era, that is, when I spent more than a year in UPT, followed by three months learning to be a T-37 instructor pilot, then three years as a first assignment instructor pilot, or FAIP. 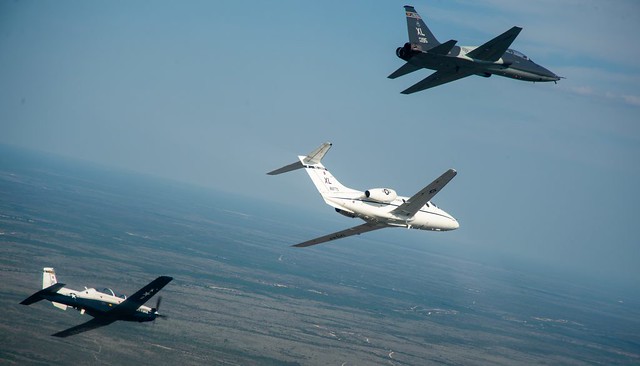 The biggest change, which I missed in my earlier post, is that students now earn their pilot wings halfway through UPT, not at the end. It’s always been true that students who can’t cut it, 7-8% of every class, wash out during the first six months, which teaches all the basics of flying. The washout rate drops to 1% or less during the second six months, the advanced phase of training. After graduating from the basic phase of training students have the skills and knowledge necessary to be generic USAF pilots; moreover, virtually everyone at that point is going to finish the full program, so why not let them pin on their wings at 26 weeks vice the full 54? Actually, why couldn’t they have done that when I went through?

So that’s one big change: you get your wings and become a rated pilot halfway through UPT. This is in effect now at all UPT bases.

Here’s the other biggie, at least part of which I touched on in the earlier post: at two UPT bases, Randolph AFB in Texas and Vance AFB in Oklahoma, Air Training Command is running an experiment with selected groups of students, not just giving them their wings at 26 weeks (which they now do for everyone) but graduating them and sending them on to the flying training units (FTUs) that’ll train them to fly operational fighters, bombers, transports, and tankers. Students in these shortened courses fly only the basic phase of training: they spend the entire 26 weeks flying either the T-6 Texan (if they’re on the fighter/bomber track) or the T-1 Jayhawk (if they’re on the airlift/tanker track). That’s a huge change, and my guess is the jury’s still out on it.

I have questions. One, how are students selected for the fighter/bomber or airlift/tanker track? Used to be, you weren’t selected for either track until partway through the basic phase, after your instructors had a chance to evaluate your performance and potential. Have they figured out a way to assess a student’s aptitude before he or she has flown at all? How does that work?

Another one: if these 26-week courses become the standard across UPT, where will future UPT instructor pilots come from? Historically, around half the instructors at UPT bases have been FAIPs, first assignment instructor pilots, recent graduates of the full 54-week program plus a three-month instructor course in the T-6, T-38, or T-1. I don’t think there’s any way a 26-week graduate who’s flown just one type of trainer can be made into an instructor. And there’s no way the training command will be able to replace FAIPs with experienced pilots from operational aircraft and units — the commands those experienced pilots would have to be pulled from would scream bloody murder.

And another: if the USAF plans to retire the J-1 Jayhawk trainer, as it says it soon will, how will the 26-week tanker/transport program work? What will these student pilots train on? I haven’t heard of any proposed replacement for the T-1. I suppose they could train in the T-6 Texan, backed up with additional time in existing T-1 simulators (which I understand the USAF plans to keep). Doesn’t seem optimal, but what do I know? 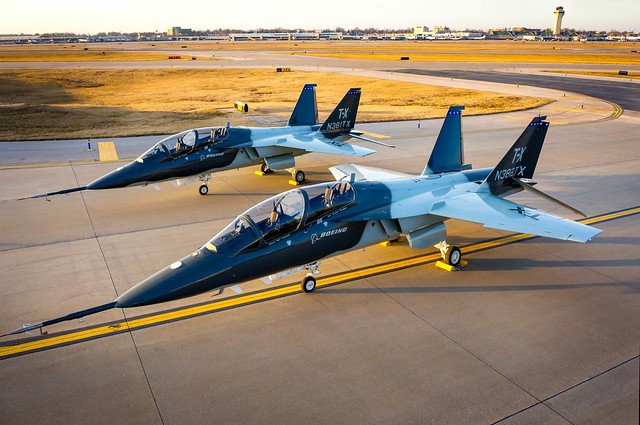 One last: what’s the plan for integrating the new T-7 Red Hawk trainer into UPT once it starts showing up in 2023/2024? And is that going to happen at all? I get the impression a lot of T-7s will wind up at fighter and bomber FTUs, where they’ll be used to help graduates of the 26-week fighter/bomber course, who will have flown only the turboprop T-6 Texan, make the transition to fast, high-performance jet aircraft.

If, like me, you’re following the evolution of USAF pilot training, you’ll want to read this article by military aviation journalist Jamie Hunter, The Truth About the Air Force’s Biggest Changes to Pilot Training Since the Dawn of the Jet Age.

p.s. Reference the last photo, I tried to find one showing an actual pre-production T-7 Red Hawk. All I could find are photos of Boeing’s TX prototypes from a few years ago. There are photos of what appear to be T-7s, but they turn out to be renderings; retouched photos of the prototypes. Something tells me projections about deliveries of T-7s beginning in 2023 or 2024 are optimistic.