I Needed a Boost

This is beyond pathetic: Davis-Monthan AFB investigating Air Force officer for allegedly trying to get vaccine card without getting shot. Dude showed up at a Tucson vaccination site and tried to bribe the doctor. When she wouldn’t take the money, he grabbed the syringe out of her hand and tried to fake giving himself the shot:

”He went around to the backside of his arm, kind of grazed his arm,” Carrasco said. “Every time I was moving closer, he moved his arm back and as his arm was back, he shot the liquid down so it hit the table.” 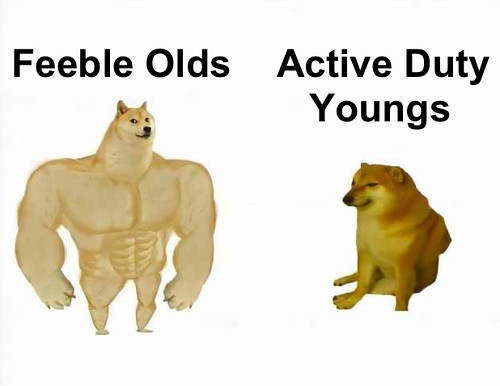 God. What a worm. And this is a young, presumably fit, military man. Let’s check in with an elderly retired military couple and see what they’re up to:

The CDC approved COVID booster shots for our 65 and older age group yesterday morning. Within the hour, Tucson Medical Center notified us by email that we could book appointments (we got our COVID vaccines at a TMC-run drive-through site earlier this year, so we’re in the system). The TMC website was swamped, though, and we couldn’t get past the “try again later” screen. Our friend Mary Anne said we should try Walgreens. I went to their site this morning and was able to book a noon appointment at the store closest to us (I’ll be getting the annual flu shot as well, the extra-strong one for old farts).

Donna got her second shingles shot at the same Walgreens yesterday and her arm’s still sore, so she’ll book her booster appointment next week. I hope she’ll sign up for the flu shot too, but flu shots are always a hard sell with her. I don’t get it. She jumped right on the COVID vaccinations with me back in March, and she went in and got that second shingles shot yesterday all on her own, without any nagging from me.

See the shit you have to deal with when you’re old? One good thing, though … no more colonoscopies after 75. Guess they figure you’re a goner past that point, so why waste the Medicare money?

Donna turned 75 in May. In spite of that, next week she’ll have to endure the indignity of one last colonoscopy. Thing is, they scheduled it when she was 74, but the date kept getting pushed back because of the pandemic. My annual checkup is also next week, a month before my 75th birthday, and the same thing may happen to me. Oh joy.

Seventy-five feels like one of those demarcation ages — like 21, 30, and 65 — though I’m fuzzy on what it’s supposed to mark. Really old, as opposed to just old? Elderly with a capital E? The onset of dotage? Ice floe time? But, but … we don’t feel 75!