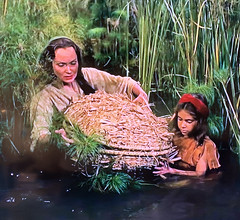 We feel we’ve been totally isolated since February 2020, but the visitor logs say otherwise. Early in the pandemic, our son Gregory and grandson Quentin came down for a day, and a few weeks later so did granddaughter Taylor and her boyfriend Jordan. Our unmasked (but no hugging or kissing) bubble friend Mary Anne has been coming over Sunday evenings to watch Justified with us, and if you want to know how many Sundays that’s been, we started with season one/episode one and are almost to the end of the sixth and final season.

So, not really hermits, but we didn’t feel like our “open” sign was lit again until two days ago, when our Oregon friend Marlene and her significant other Mike were to spend a night with us on their way to a dude ranch west of here. Sadly, they had to cancel at the last minute, but the very next day, yesterday, Donna’s sister Georgie and her husband Don arrived by train from Michigan. They’ll be with us for two weeks, during which we’ll take in the Grand Canyon and Sedona, and after they head home we’ll take a road trip of our own to see the Las Vegas Woodfords. We’re jumping right back into the social whirl, thanks to handsome old Joe’s COVID vaccination program.

We wanted to cook for Marlene and Mike on Saturday and laid in six pounds of beef short ribs from the butcher. Instead of the welcome meal we’d planned for Georgie and Don today, we’ll make the ribs we didn’t cook Saturday, using a slow cooker recipe I’ve been meaning to try. This is what they’re supposed to look like: 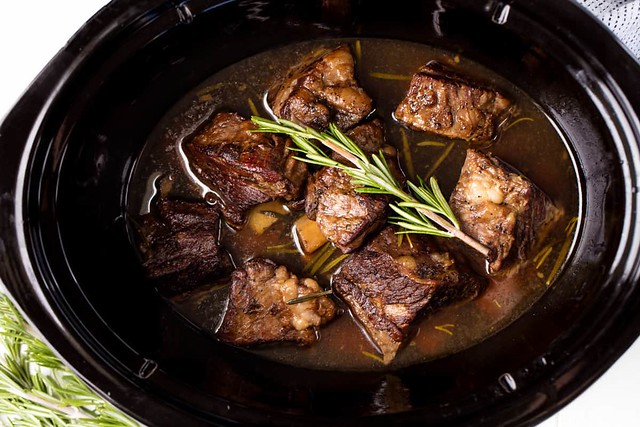 I’ll take a photo of our version when they’re done and post it and the recipe to my cooking blog later this week. The short ribs are my project; Donna’s making Lighthouse Inn potatoes and green beans to go with them, and flan for desert, a rare treat (not to mention a lot of work). Cooking for company is a big deal, and we’ve missed it.

A pair of mourning doves built a nest of twigs in an unused flower pot under the patio roof, but once it was finished just one of them, I assume the mom, has occupied it. Perhaps they take turns, but if so we’ve never seen them swap out. Just the one bird, sitting on the eggs, not budging an inch, even when I come out through the patio door to grill or work in the back yard. We’ve seen this before with mourning doves … once they lay eggs, they hunker down and stay put, even when humans come right up to them. There’s another dove sitting on eggs in a nest built under the eaves over our front door, so we are, according to mourning dove lore, doubly blessed. 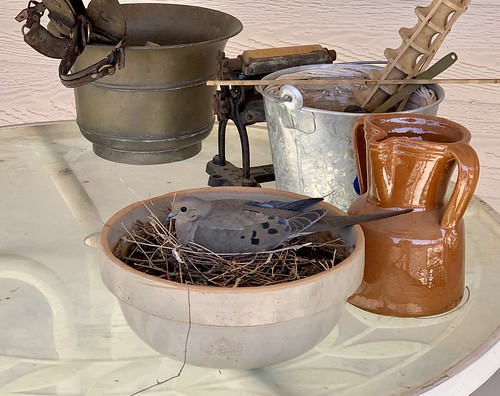 The yard crew came at the crack of dawn today and I was out front to warn them about the mesquite thorns hiding in the rocks out back. I picked up all the ones I could see, but it’s the ones you don’t see that’ll get you. We’ll be picking up mesquite thorns for months, I expect.

We’re all up now, breakfasted and settling in, and I’ll get started on the short ribs in an hour or so … prep doesn’t take long, but they’ll be in the crockpot for eight hours, and my schedule for today is built around that.

With news of scammers selling false COVID vaccination certificates, we need to face up to the danger of people lying about being immunized in order to travel or gain access to venues requiring proof of vaccination. I think this is going to be a much bigger problem than anyone’s currently prepared to acknowledge, and will delay or even prevent us from achieving herd immunity. As if I needed another reason to despise white Christian evangelicals!

Swear to god, a Venn diagram of stupidity, selfishness, racism, tribalism, and evangelicalism would look like this: 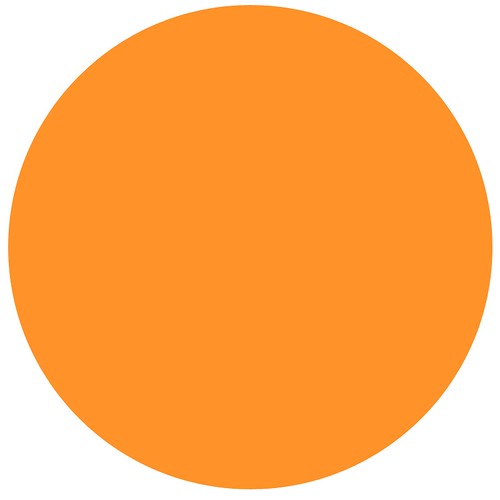 And that’s all I have to say about that. Happy Easter, and if you aren’t immunized and open for company yet, may you soon be!