Chuck Yeager’s wife reached out to me last night.

She’s referring to my Air-Minded post about supersonic flight, in which I recount the story of North American Aviation test pilot George Welch putting an XP-86 prototype into a supersonic dive 13 days before Chuck Yeager hit Mach 1.06 in level flight in the Bell X-1 and became the first man to officially break the sound barrier.

I get it that she’s defending her late husband’s legacy (and doing so in a manner consistent with his legendary ego). Yes, the George Welch claim was never verified, but it’s part of the lore around Yeager’s record-breaking flight, attested to by one of Welch’s fellow North American test pilots. I’m sticking to the sources cited in my original post, even if I wind up getting blocked.

Staying with the Air-Minded theme, remember the Sky Dong? Now it appears there’s a Sea Penis, etched onto the surface of the ocean by no less a ship than the Ever Given, the very one now blocking the Suez Canal.

See, though, the thing about sky dongs is that fighter aircraft move fast enough for your artwork to stay visible in the sky overhead, at least until the jet stream blows it away. With a slow-moving ship, the only way anyone’s going to be able to appreciate your work is to interpret tracking data.

The dick meme may be the oldest meme. Older than Kilroy even. Roman legionnaires knew how to make dicks last: carve them in stone. 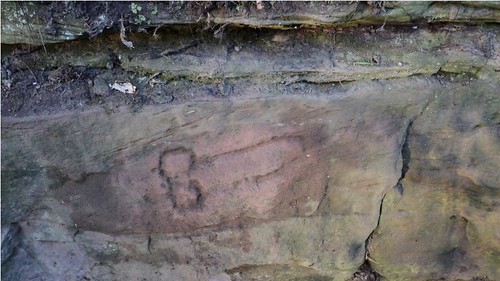 I wonder if Chuck Yeager ever did a sky dong?