Air-Minded: Give Me Some Incentive

A small item in a flood of more pressing news: a 64-year-old civilian being given an incentive ride in a French military fighter inadvertently pulled the handle on his ejection seat and returned to earth via parachute. 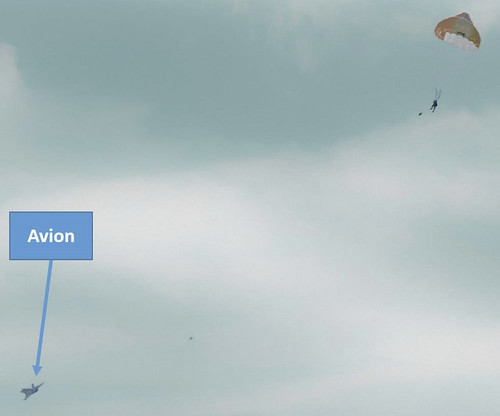 The report on the incident, which occurred in March 2019, came out earlier this month. You can read more here, but here are some details that jump out at me:

When I flew for the US Air Force, the incentive ride nightmare scenario was that a passenger along for the ride would (intentionally or unintentionally) pull the handle and punch out. This is the first time I’ve ever heard of that it actually happened.

Another nightmare incentive ride scenario come to life happened in 2006, when the US Air Force gave a 40-year-old reservist a ride in an F-16. I’m sure the passenger got some kind of medical screening before the flight, but something must have slipped through the cracks, because the poor guy up and died during the flight. Who’d have seen that coming?

In the US military, we call them incentive or orientation rides. Broadly, incentive rides are given to non-rated (non-flying) military members as rewards for outstanding performance; orientation rides are usually for civilians … celebrities, VIPs, and journalists … who can give the military some good PR afterward. As an Air Force pilot, I conducted several of each over the course of my career.

I started my military flying career as an instructor pilot in the Cessna T-37, in those days the USAF’s primary jet trainer. Every summer my fellow IPs and I would give incentive flights to Air Force Academy and ROTC cadets about to graduate and become officers. They were medically cleared beforehand by our flight surgeon, then given a day’s worth of egress training by the life support techs. I’d brief them once again before we flew, and when we got to the jet I’d make them demonstrate that they knew what was safe to touch and what to keep their hands away from.

Passengers can’t ride in an F-22, F-35, or A-10, because those aircraft have only one seat. Other “single-seat” fighters, though, come in both one- and two-seat configurations, and the F-15 Eagle is one such. Every tenth F-15 was built as a two-seater. Operational squadrons typically have one or two “family models” on hand to use for training missions and check flights … as well as for incentive and orientation rides.

The F-15 Eagle was the jet I flew for 20 of my 24 Air Force years. Though 90% of the time I flew alone in single-seater Eagles, I’d occasionally fly the family model … sometimes with an empty back seat, sometimes with another squadron pilot along for the ride, sometimes with a passenger getting an incentive or orientation flight.

Add to that the fact that the ejection seats in two-seat fighters are sequenced so that if the occupant of one seat pulls the handle both occupants are going … well, yeah, all kinds of bad things can happen and that’s why we train and brief the shit out of passengers.

I know of incidents where passengers riding along on incentive or orientation flights died, along with their pilots, in crashes. I investigated one such crash when I flew F-15s in Alaska (as with the French flight, training and briefing was rushed and incomplete, setting a fatal chain of events in motion even before the pilot, a buddy of mine, and his passenger, a young airman with a wife and child, stepped from the squadron building to the jet).

I know of other incidents where both pilot and passenger had to eject during incentive flights. Then there are non-incentive ride events involving ejection seats. A couple of years ago a Royal Air Force fighter pilot was ejected from a parked aircraft, the seat having apparently fired by itself during engine start … that pilot died when the parachute didn’t deploy. In 1980, a kid at an air show got into a Navy S-3 Viking on the ramp, sat down on an ejection seat, pulled the safety pin and then the ejection handle, and blew himself through the top of the canopy. He died too, and ten bystanders were injured. One of the scariest incidents happened on a normal military training sortie in the early 1990s, when the right seat of an A-6 Intruder partially fired without activating the dual-seat ejection sequence, trapping the weapon systems officer half inside and half outside the aircraft’s canopy in flight. That guy lived, miraculously. 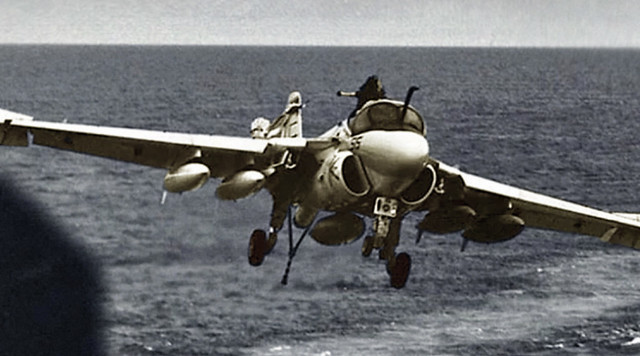 A friend who’d been one of my T-37 students in pilot training later became a T-37 instructor pilot himself, and on one of the same kind of incentive flights I used to perform, took a turkey vulture in the face. Momentarily blinded by shards of windscreen plexiglas, feathers, guts, and blood, he kept the aircraft flying straight and level. As he wiped the mess off his visor, the first thing he saw was his passenger’s hands on the ejection handles. The passenger, an ROTC cadet, thought his pilot’s head had exploded was getting ready to punch out. If my friend hadn’t reacted as quickly as he did, that’s exactly what would have happened.

All of which, I guess, goes to show that anything can happen, and eventually will.

So what’s the worst thing that ever happened on one of my incentive flights? Puke. I was, if I do say so myself, one of the smoothest pilots ever to give incentive rides. Other pilots, with a passenger aboard, would go out of their way to show what the jet could do. Not me, unless my ride-along was feeling great and wanting the full E-ticket experience. I wanted my passengers to have good memories of a once-in-a-lifetime event. But the passenger’s friends and co-workers would invariably have poisoned the waters beforehand, psyching him or her up to barf. And barf they would, nine times out of ten. Copiously, and with great force and volume. I’ve seen rivulets of vomit on the canopy rails up front, 14 or so feet forward of the groaning wretch in the back seat.

The second worst thing happened with a tech sergeant at Kadena, who was married to an airman who worked in my squadron. When her husband was selected for the incentive ride, she went to the scheduler and asked that I be his pilot, because she knew me and trusted me to give him a good ride. And I did. And he was one of the rare ones who didn’t get sick! But during preflight, as I helped him strap in, I accidentally knocked his video camera off the top of the air intake and it fell to the ground and was smashed. I still feel bad about that!

5 thoughts on “Air-Minded: Give Me Some Incentive”