Well, here’s a thing: Friday, when Donna went to the commissary on Davis-Monthan AFB for groceries, the gate guard took a look at her military ID card and said, “You know this expires the end of March, right?” What an awkward time to have to get a new one! Icing on the cake, I have to go with her to the base pass & ID office … I’m the sponsor and they won’t issue her a new ID unless we can prove I’m still alive.

There’s an online appointment system, but the first available slot isn’t until the 10th. I called the pass & ID office this morning to see if we could pop in before then, but they no longer allow walk-ins, only appointments … which shows they’re at least trying to get a handle on crowds in public spaces.

For ten days in April (potential novel title there), Donna won’t be able to go on base. I guess it’s no big deal … the commissary, the only place we go on base these days, is stripped as bare as any civilian grocery store.

Before COVID-19 (literally just a month ago), we’d planned to go to the DMV to renew our licenses. Donna’s expires in May and mine in October. Online renewal isn’t an option: geezers like us have to come in and pass a vision test. As with the pass & ID office on base, Arizona DMV offices have an appointment system, but have you ever been to a DMV office that wasn’t packed with walk-ins? I fully expect the quarantine to continue through May, and hope states are considering a grace period for drivers whose licenses expire during the lockdown.

In the 80s, when every trendoid had one, we too bought a Zojirushi breadmaker. We used it regularly for ten years, then put it in the attic. Making bread seemed like a fun thing to do during house arrest, so I dug it out over the weekend and made a loaf of buttermilk bread. We have only enough flour for a few more loaves, so I made a Safeway run. Apart from a few bags of wheat flour even the hoarders didn’t want, the shelves were empty. I hope the supply system catches up soon, and that in the meantime grocery stores put per-customer limits on staples. But then whatever’s left … mouse traps, tooth brushes, chili powder … will become the next hoardable. Who’d a thunk toilet paper was a staple?

While I was at Safeway, I was shocked by the number of fellow shoppers who invaded my six-foot bubble. Maybe they were right-wing MAGAts trying to make a point; maybe they were low-information types who didn’t know any better. I backed away to give myself space, but next time I have go shopping I’m going to ask people to keep their distance if they look as if they’re about to get up close and personal.

Maybe we should come up with a standardized personal space reminder phrase, something along the lines of “Distance, please.” You know, like skiers and bicyclists with their “On your left,” like the French with their “bonjours,” like that one friend we all have with his “You gonna eat those fries?”

Update (same day, later): Donna and I are just back from a walk in Agua Caliente Park. I’m seeing some hate on social media directed against those who go to parks, but unless they’re going in crowds, like those dumb-ass college kids hitting the beaches for spring break, what’s the problem with taking a solitary walk or bicycle ride outdoors? Just keep your distance from others doing the same thing, no? Effing puritans, trying to spoil everyone’s fun.

Our friend Mary Anne was with us, which is a quarantine violation right there, but it was a risk the three of us agreed to take. We took Mister B along. It was his first visit to Agua Caliente and he was beside himself. Disneyland for dogs, with all the new smells. And turtles! Here are a few pix from this morning: 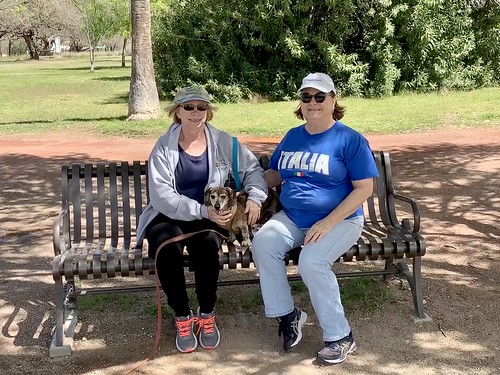 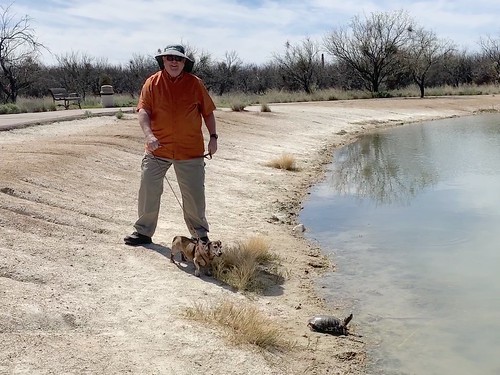 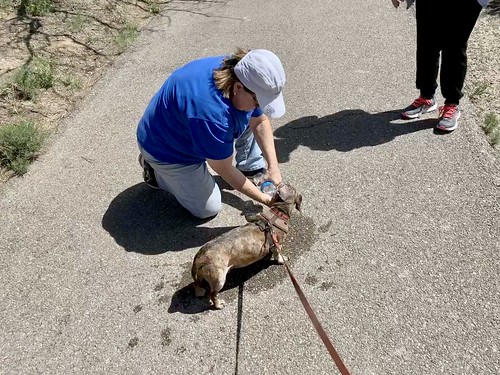 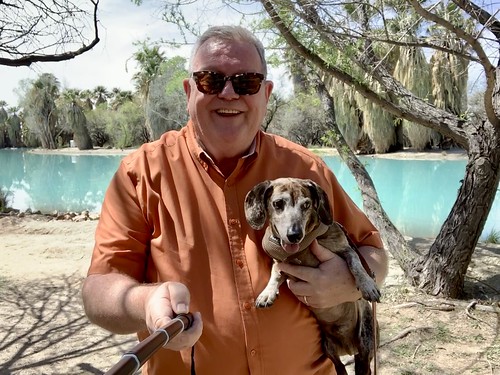 There are three or four spring-fed ponds in the park. They’ve been working on those ponds, and the one in the last photo has a new plastic lining … I thought at first the water had been treated with some sort of toxic chemical, but it’s just the plastic lining giving it that unnatural color. They say it’s harmless, but the resident ducks and geese are obviously unconvinced, since they were nowhere to be seen. It may be they’re still in Mexico for the winter and will be back soon. I hope so. Meanwhile, the other ponds, the ones without the blue lining, are full of turtles.

Upon our return, Mary Anne went home and Donna went to Safeway, where they had a single bag of bread flour. Dear reader, she snagged it.

So how’s your plague going? 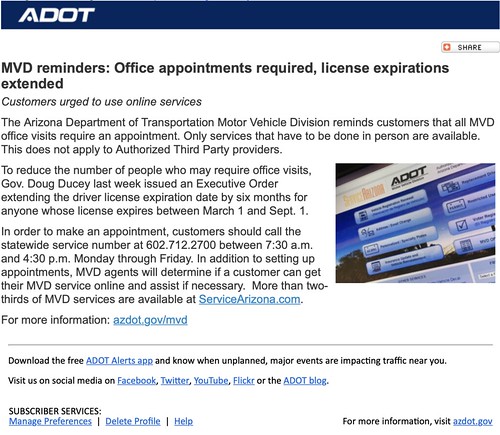 I guess Governor Ducey reads my blog! Hey, Doug baby, how ’bout buying me a cup of coffee for coming up with such a great idea?

One thought on “Distance, Please (Updated)”