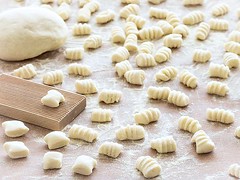 So far, it’s been a quiet Saturday morning. I have yet to replenish the bird feeders, but most of the outdoor chores are done and Mr. B has been walked.

I feel I should update my blog and newsletter privacy policies and send every reader an email about it, but I’d have to write a privacy policy first and that seems like work. Meaningless work, as meaningless as the flood of GDPR privacy policy update email in your inbox and mine. I had to look up GDPR: it’s the General Data Protection Regulation, which went into effect in the European Union this week, and I guess GDPR, through international consumer trade laws, somehow affects us on this side to the Atlantic as well.

Polly’s Saturn is missing a hubcap. Donna believes in the “broken windows” philosophy of crime prevention, which she put it into words when she asked me to find a replacement: “A car with a missing hubcap invites trouble.” You know what? I agree with her.

While we were online looking up Saturn parts, we ordered a couple of kitchen tools for Donna’s cousin Diane. One, a gnocchi board like the one in the picture, was less than $5, about what it would cost to mail it to her. It shipped free with our Amazon Prime membership. Shipping alone, never mind streaming TV, has more than paid for that membership. What’s not to like? Trump better not mess with it, or … well, I was going to say he’d have a consumer riot on his hands, but realistically I know the fight’s gone out most Americans. We’ll just roll over and accept it as the new normal, as we have adultery, corruption, and a stolen election.

Speaking of which, I keep revisiting a post I wrote on November 15, 2016, a few days after the election, and this paragraph in particular:

“Less than eighty thousand votes in three key states swung the election,” now says former Director of National Intelligence James Clapper. “I have no doubt that more votes than that were influenced by this massive effort by the Russians. … To conclude otherwise stretches logic, common sense, and credulity to the breaking point.” I didn’t know how right I was back in November 2016, but I could smell the truth, as could anyone who followed the news and had a lick of sense.

If you can stand one more Trump-related thought, I’ll share my concern over his current attack on civil service protections and unions. Given what we know of Trump’s obsession with loyalty, it should be clear his real goal is to purge the civil service of “disloyal” federal employees. I’m not just talking about face cards, the agency heads he keeps firing and replacing in search of more submissive and compliant ones; I’m talking about the ranks of SES (senior executive service) and top-level GS (general schedule) employees, maybe even farther down the career ladder than that.

I have a friend in the foreign service, fairly senior in his career track and certainly in the upper- to top-level GS ranks. I’m worried for him. I’m pretty sure I know where his heart is, and it’s not with the current administration. I hope he’s been careful in what he’s said in the open and on social media, because I’m willing to bet MAGAs (Make America Great Again types; i.e., Trumpites) in every federal agency—State, the VA, HUD, Energy, Interior, you name it—are taking note of co-workers’ loyalties and political beliefs and passing lists of names up the line. You know it’s true.

Of course day-to-day citizens are judged on their loyalty as well, and one of the easiest ways to do that is to make sure the national anthem is played at every public event, and to note who’s not standing. I’m know I’m sounding more paranoid by the minute, but enforced conformity has always been a central value of the authoritarian right, and the authoritarian right is definitely feeling its oats these days.

I mentioned Joseph Heller’s great war novel “Catch-22” in a recent post, and I want to share this excerpt, because it nails an essential element in the MAGA mind.

Almost overnight the Glorious Loyalty Oath Crusade was in full flower, and Captain Black was enraptured to discover himself spearheading it. He had really hit on something. All the enlisted men and officers on combat duty had to sign a loyalty oath to get their map cases from the intelligence tent, a second loyalty oath to receive their flak suits and parachutes from the parachute tent, a third loyalty oath for Lieutenant Balkington, the motor vehicle officer, to be allowed to ride from the squadron to the airfield in one of the trucks. Every time they turned around there was another loyalty oath to be signed. They signed a loyalty oath to get their pay from the finance officer, to obtain their PX supplies, to have their hair cut by the Italian barbers. To Captain Black, every officer who supported his Glorious Loyalty Oath Crusade was a competitor, and he planned and plotted twenty-four hours a day to keep one step ahead. He would stand second to none in his devotion to country. When other officers had followed his urging and introduced loyalty oaths of their own, he went them one better by making every son of a bitch who came to his intelligence tent sign two loyalty oaths, then three, then four; then he introduced the pledge of allegiance, and after that “The Star-Spangled Banner,” one chorus, two choruses, three choruses, four choruses. Each time Captain Black forged ahead of his competitors, he swung upon them scornfully for their failure to follow his example. Each time they followed his example, he retreated with concern and racked his brain for some new stratagem that would enable him to turn upon them scornfully again.

You watch. There’s nothing too petty, too douchey, or too small for our “president,” his lackeys, and his loyalists to do.

We need to get some fight back in us, and soon, before it’s too late.