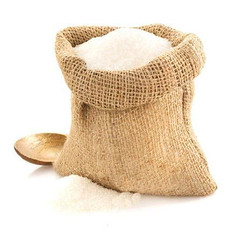 Sugar is insidious. It sneaks up on you and before you know it you’re a deranged addict, passed out at the stoplight with a crying infant strapped to the car seat next to you, the shame of the world. Just sayin’.

I’m scheduled for three skin cancer surgeries in May. Each is on a Tuesday, which should allow me to proceed past the Kotex-pad-strapped-to-the-face stage to the normal-bandage stage by the following Monday and my regular stint at the air museum. Ugh.

Our truck started confusing us with random malfunction warnings: steering assist out, anti-theft system failure, a couple that popped up and then disappeared so fast I wasn’t able to read them. Activating the turn signal would shut off the cruise control. Last week, while turning into a parking lot, the engine died, and when I tried to start it all the electronic screens went blank and nothing happened. On the second attempt it did start, for which I’m thankful, since we were way up on the Goldwater Range and I don’t know what we’d have done if it had died there. I made an appointment and took it in, and it turned out to be a bad negative battery cable. Such a simple thing! So many bizarre symptoms! Something similar was going on with my Honda Goldwing a couple of months back; cleaning the negative battery cable connection fixed it instantly.

Other than that, how are things going? Pretty well.

I remember Barbara Bush saying disdainful things about poor and minority people, but I kept mum on Twitter and Facebook and am glad I did. The few people who dared say she wasn’t the matronly saint the media made her out to be are probably sorry they did. Twitter users in particular can turn into an angry mob in a New York minute, piling on anyone who deviates from the party line, and yes I’m talking about liberals and leftists. I imagine it’s even worse with righties and deplorables.

I did take a stand on Starbucks, though. What business doesn’t have a policy on loitering and restroom use? I’d sure as hell have one if I had a business, and so would you. As more details come out about what happened at that Philadelphia Starbucks, the more it looks like the manager overreacted and that racism was a major factor, but the basic concept of restrooms for paying customers only is a given almost everywhere.

Oh, but I was talking about Twitter mobs. Here’s me (Rogue Lead) sticking my nose in where it don’t belong: 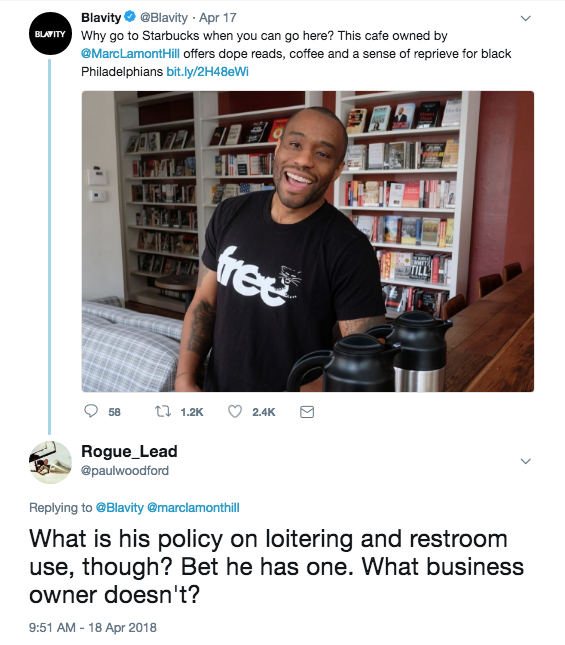 Here’s me getting my nose bit off for sticking it there:

And, just because it’s interesting, here’s one that implies rather more was going on that morning at Starbucks than The Man wants us to know about:

I’m just glad I wasn’t on a 12-hour flight to South Africa at the time, thinking I’d still have a job after I landed, not knowing I’d already become a worldwide hashtag: #HasRogueLeadLandedYet?