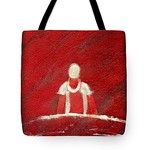 Remorse, yes; major-sin remorse, no. More like mild feelings of guilt for neglecting the blog, and you, my reader. I knew this would happen when I took on a competing writing task, my memoir, which creeps along in the background, one painfully-extracted sentence at a time.

The day before yesterday I sent out a Paulgram newsletter. One of the things I promised to do with those newsletters is to write candidly about things I’m reluctant to share here on Paul’s Thing. The newsletter’s visible only to subscribers; anyone can read my blog. Yesterday’s Paulgram was about a painful subject and it was frank. It took something out of me to write it. If I’m going to be equally frank in my memoir, I can anticipate more pain ahead.

Yesterday I worked on a memorial service for a friend. I’ll read it at his service tomorrow. I hope his will be the last death to touch our lives for a while. I know there’ll be many more, the numbers and frequency accelerating as the years pass, but a short break would be most welcome. I know what you’re thinking: good luck with that.

Tomorrow’s memorial, which promises to be an all-afternoon-and-into-the-evening affair, will upstage our 52nd anniversary, so we’ll probably celebrate that on Sunday instead. December 2nd, 1965, joined at the hips ever since. Luckily for us, there’s been more better than worse, more richer than poorer, more health than sickness. I don’t know what we did to deserve the good life we’ve shared, but we’ll take it.

Here’s a first-world problem for you: I’m over a month behind on The New Yorker. New issues are piling up; I’m still reading ones from mid-October. Sometimes there’ll be an issue with nothing of interest in it, but lately every damn article in every damn issue is required reading. And friends are always trying to talk me into subscribing to The New York Times or The Atlantic … I’d never come out from under!

Some good shows are opening new seasons on Netflix. Just in time for the FCC to repeal net neutrality and for Comcast to start throttling Netflix again. Good times ahead. But no one wants to talk about current events or politics; it’s all too depressing. Just keep in mind, folks, that’s how they get away with it: wearing us down. Also through corporate control of the media: have you noticed MSNBC’s lack of coverage on net neutrality? Chris Hayes isn’t talking about it. Neither is Rachel Maddow, or Lawrence O’Donnell. Guess who owns MSNBC. Yup, the same outfit that can’t wait to monetize the internet, Comcast.

The day before they drove home to Las Vegas, our son and grandson put up our outside Christmas lights. That put us a step ahead of the neighborhood Griswold, if only for a day. Now he’s got his stuff up, giant motorized inflatables and all, and I noticed while walking the dog he’s hung baubles from a tree on the other side of the street, encroaching onto another neighbor’s property. So far the aggression stands. How can anyone say no to Christmas? When fascism comes to America, it’ll be dressed as Santa Claus. Merry Christmas. Say it. SAY IT!