My friend Peter van ____, who was the 32nd Tactical Fighter Squadron’s Dutch military liaison officer when I flew F-15s at Soesterberg Air Base from 1978-1982, just sent me a batch of NATO archival photos taken there on 5 & 6 April 1961. The occasion was either a NATO exercise or possibly the production of a newsreel about NATO operations in the Netherlands. 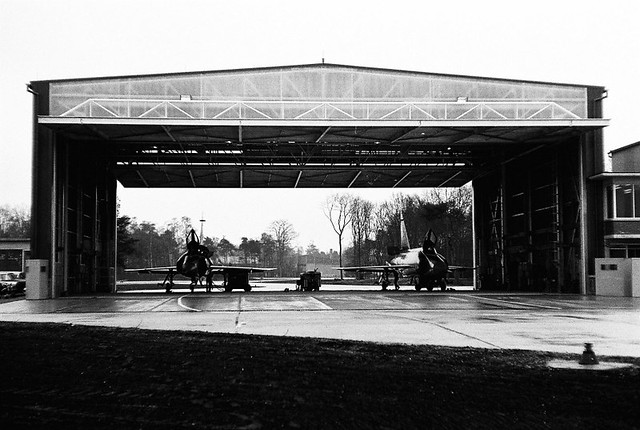 Some of the photos show a Zulu alert scramble of 32nd TFS F-102As (Zulu is code for 5-minute air defense alert, one of the NATO missions assigned to the 32nd at Soesterberg). Peter tells me the alert barn in these photos, which looks to me like the same one I sat alert in almost two decades later, burnt down some time during the 1960s, almost taking two F-102s with it, and that the alert barn of my time was its replacement.


Other photos show RNLAF Hawker Hunter fighters, along with visiting RAF Gloster Javelins and Luftwaffe F-86 Sabres (in my day we were frequently visited by Belgian F-16s, F-104s from Canadian bases in northern Germany, Luftwaffe Alpha Jets and F-4s, FGR2 Phantoms & SEPECAT Jaguars (and the occasional Buccaneer) from British bases in the UK & northern Germany, and a mix of F-4s and F-15s from USAF bases in Germany).