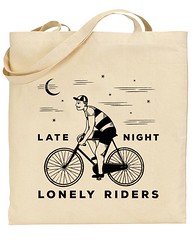 It’s just me and the dogs. Donna left this morning on a two-week trip to see friends and family in San Jose, Sacramento, Oroville, and Pittsburg. No, not that Pittsburg, the one in California. You didn’t know there was a Pittsburg in California? There is, and it’s the town Donna was born in.

I expect to do some writing while she’s away, but we’ll see. Today, it’s personal updates and non-political observations—things I can get my head around, as opposed to the daunting accumulation of appallingness being created by the unelected president and the skeleton staff of amateurs he calls his administration. You can read my last post if you want my thoughts on one tiny sliver of that.

I love “Better Call Saul” and was looking forward to the new season kickoff, which I taped Monday and watched last night. Uh, what’s with all the ads, AMC? I think you’ve been taking lessons from United Airlines, because it seemed like part of the show had been dragged away to make room for additional commercial breaks. I wonder if there was even 30 minutes of content in the hour I sat through last night. I know, there are always lots of ads on cable channel dramas, but this one seems worse.

Probably mentioned this earlier, but I was upset when Netflix dropped “Buffy the Vampire Slayer.” I came late to Buffy, having missed it the first time around. I watched the first two seasons on Netflix before it disappeared, and by that point I was thoroughly addicted. A Tucson friend offered to loan me her box set, seasons one through seven, and I’m back in business.

I expect to put a good dent in those Buffy DVDs over the next two weeks, since with Donna away I can watch what I want. Why, I might watch two episodes per night, I’m such a wild and crazy guy! But only at night. Underneath my freewheeling exterior there lives a Puritan who cringes at the thought of watching TV during the day. Sinners in the hands of an angry god, and their sin was daytime TV.

My friend Ed borrowed our trailer to tow his newest motorcycle home from Portland, Oregon. It’s a 2010 Goldwing with 3,500 miles on the clock, a basically new seven-year-old. He got back Sunday, but I had museum duty all day Monday, then a dentist appointment and a trip to the base commissary with Donna Tuesday morning, and didn’t get over to fetch the trailer and scope out the new ride until yesterday afternoon.

I, too, hope to replace my old Goldwing with a newer one, sometime in the next year or two. Big touring bikes top thirty grand new, so slightly used is definitely the way to go (I offer the same advice to anyone shopping for a Harley, Indian, or BMW). Ed’s retina is still healing and he won’t be able to ride for a while, but he’ll stay busy moving accessories from his older bike to the new one, getting it set up the way he likes it, and I’ll probably pitch in to help him with it. Meanwhile, I need to get my own bike ready for a cross-country ride in May.

The other members of the Old Spanish Trail Trash having bailed, Donna and I went by ourselves for a bicycle ride on the east side of the Tucson Loop bikeway, riding from Udall Park down a new section along Pantano Wash and back again. I pumped up the road bike for this excursion, not having ridden it in a while. I’d forgotten how light and fast that bike is … whee!

I know you didn’t especially want to see two photos of me, but I wanted to show you the cool new archway the county put in at the Udall Park end, visible behind me in the second photo. I like it, but I wonder about its placement. It’s shady at that spot, and it might have been more useful to riders seeking a break along one of the flat desert parts of the bikeway, where the sun beats down with no letup.

I cross-posted an entry to Daily Kos last week (the same one I linked to at the top of this post, but here’s the DKos link. I’ve been cross-posting selected entries to DKos for a couple of years now, and this time got a mean-spirited comment for my trouble.

Whoa, this is a lot of effort to respond to some crazy people who probably wouldn’t read anything using this many words. … I hope you feel better for all the work you did.

The sentiment’s related to the “you must have a lot of time on your hands” cracks I sometimes get on Facebook, usually posted by the kind of person who cuts & pastes but never has anything of his or her own to say. Every DKos member has a profile, so I looked this person up (I’m going to call him a “he”): no surprise, a kibitzer who writes dissenting comments, but who has posted not a single diary* in all the years he’s been a member.

*Early web logs, or blogs, were called online diaries: entries were arranged by date and were often running accounts of bloggers’ lives (as many of my entries are). Daily Kos is one of the early blogs: contributors are called diarists, their entries diaries. There’s also a long tradition of contributor anonymity on the older blogs, and I’m one of the few DKos diarists to use my real name. Which means, I suppose, that if Mr. Anonymous Kibitzer gets angry enough with me for working so hard on my diaries, he can search me out and kill me. Which was pretty much my reaction upon reading his comment: just kill me now.