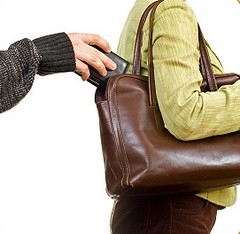 For the second time in two months, my debit card’s been compromised. Donna picked it up right away: four small charges from Angeles City in the Philippines. I always examine card readers on gas pumps and ATMs and am pretty sure I haven’t fallen victim to a skimmer. Well, who knows? This time I had to make a crime report to the police and give the bank a case number.

I thought briefly about going old school, living off cash the way we all did not that many years ago, but boy does that seem like it would be a major inconvenience today. So inconvenient, in fact, I didn’t think about it for more than a minute. I wonder how long it’ll be before the new card’s hacked. Seems like a problem a lot of us are dealing with these days, if comments on Facebook are any indication.

When I checked Google News early this morning, the half-brother of North Korean dictator Kim Jong-un was dead after “falling ill” at the airport in Kuala Lumpur. I figured right away he’d been poisoned. Sure enough, an hour later an updated news report said an unidentified woman at the airport sprayed his face with something just before he croaked.

The dead guy is Kim Jong-nam, Kim Jong-un’s older brother. Kim Jong-il, the father, had been grooming him to be his successor, but in 2003 Kim Jong-nam tried to get into Japan on a false passport and has been living in exile ever since. The mastermind behind the whole thing—the secret visit to Tokyo Disneyland, the exile, today’s assassination—was probably Kim Jong-un. Gangnam of Thrones, anyone?

Our elderly friend from Las Vegas paid us another visit this weekend. He’s home now and we’re recovering. His visits are tough on us. Tough on him too, because he’s too feeble to travel, but I suspect the anticipation of coming to see his friends in Tucson keeps him going, and we don’t have the heart to close our house to him. We’ll be there ourselves sooner or later.

In honor of today’s Hallmark holiday I’m cooking dinner, and Donna gets to choose what to watch on TV tonight. It’s the least I can do after she cleaned up the mess our guest left behind.

Every day we lurch closer to a Mike Pence presidency, and I wonder if we’ll be sorry Trump was too incompetent to hold onto his ill-gained office. I suspect we will be. They say everyone’s reading Orwell’s “1984” and Atwood’s “The Handmaid’s Tale” in an effort to understand the current regime. I think that’s off the mark. We should be watching the Coen Brothers’ movie “Burn After Reading” instead, plus re-runs of the “I Love Lucy” chocolate factory episode. And of course Sinclair Lewis’ “It Can’t Happen Here.”