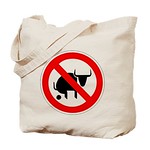 Am I a bad man if I don’t buy the story of the terminally-ill boy who died in Santa’s arms? That heart-rending bit of clickbait was all over Facebook and Twitter yesterday. I knew it was bullshit but clicked on it anyway. Turns out there’s only one source for the story, that source being the man who plays Santa. A gullible reporter from the Knoxville News Sentinel in Tennessee wrote down Santa’s self-aggrandizing tale and the paper printed it. The BBC picked it up and now it’s everywhere.

In September, I wrote about another bogus story flooding the internet: a strange burka-clad woman emerged from the woods next to a Trump supporter’s home in Lawrenceville, Georgia, ripped down the family’s American flag, then attacked them with it in their driveway. The only source for that story was the homeowner himself, but the local Fox affiliate reported it as news, and the next day NPR’s Morning Edition repeated it word-for-word.

The story of Sherri Papini’s mysterious kidnapping in Redding, California, is still unfolding. And boy is it unfolding!

I can’t imagine life without a functioning bullshit detector. If we didn’t have the ability to think critically, it would be almost impossible to distinguish legitimate from bogus news, what with the media indiscriminately passing on everything they hear. Last month a quote from Ivanka Trump—“If he wasn’t my father, I would spray him with Mace.”—made the rounds on CBS News, Esquire, the Daily Mail, the New York Daily News, and The Hill, among many others. Turns out Ivanka never said that. I ask you, without critical thinking skills, without built-in bullshit detectors, how can we ever spot fake news? The media certainly isn’t going to do it for us!

All this week I’ve been seeing outraged Tweets and Facebook posts chiding the Los Angeles Times for racist statements in an article they published. Here’s one example, from Twitter: 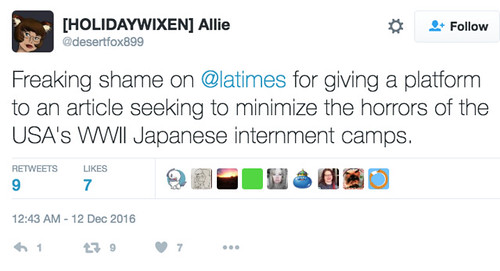 Here’s what set off the warriors of social justice:

Virtually everyone in the U.S. was assigned jobs to help the war effort. The Japanese were assigned the job of staying out of the way and not causing complications. Millions of Americans were assigned far worse jobs. Hundreds of thousands were wounded or died.

When I started seeing the outrage directed at the newspaper, my bullshit detector went off again. No way the LA Times would ever say anything like that, but I was so worn out by the deluge of bogus “news” I didn’t try to chase down the truth. Well, the truth emerged this morning, courtesy of the excellent political blog Wonkette: the quote is from a letter to the editor, written by a racist reader who was protesting an earlier LA Times article condemning the WWII internment of Japanese-Americans.

After the election we just endured (and the horrors of its aftermath we are only beginning to apprehend), is it any surprise there are racists in the land? And are people seriously proposing the media refrain from reporting what the racists are saying? That we address the problem of endemic racisism and hate by pretending such people do not exist? I submit that the LA Times was performing a public service by publishing that letter. We need to know these people are out there. We need to know how they think. If anything, it’ll help us understand Comrade Trump better.

In British slang, however, “to trump” (intransitive verb) also means to expel gas through the anus — e.g. Trumped from eating too much baked beans — often in a highly audible way (as in with trailing sound).