Early on Election Day, I got on my motorcycle and headed out on a six-day trip. I knew I’d hear no news until arriving at my first night’s destination, but was confident that by then Hillary Clinton would be on her way to a landslide victory, a blue Senate sweeping in with her. 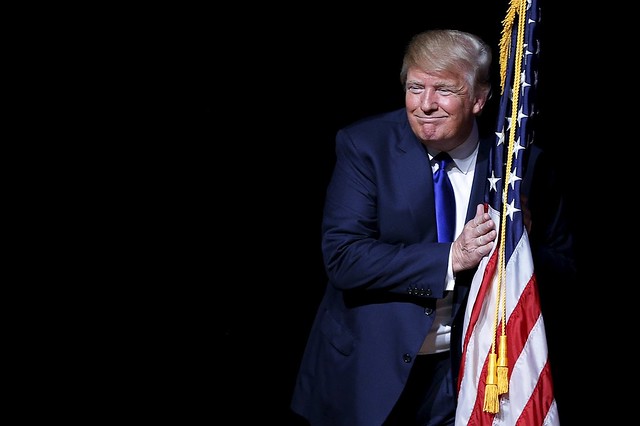 So here we are, one week later. The motorcycle is parked in the garage and I’ve finished unpacking. Now I have time to organize my thoughts about the election. Here’s the rough draft:

Something went wrong. Very wrong. Sure, you can scoff and say what’s wrong is that my side lost. You can remind me that what I’m feeling now is exactly what Republicans felt when Obama trounced first McCain and then Romney. I get that, but there’s something different about this election.

For one thing, as of this morning, Hillary Clinton’s popular vote lead over Donald Trump is almost 800,000. Some predict that by the time all the ballots are counted, Hillary’s lead will be even more lopsided. Yes, I understand America doesn’t elect presidents by direct popular vote, and that Electoral College votes can result in the candidate with fewer popular votes coming out the winner. It’s happened four times before, and this will be the fifth.

Every election, cynics say “why bother, voting’s a crock.” We tell them they’re wrong, that every vote counts, and we point to tight elections in the past as evidence. But what about the election of 2000, when Al Gore finished with 540,000 more votes than George W. Bush and still lost? And what about this one, where the loser’s popular vote lead is likely to go well over a million? How can we tell the cynics they’re wrong when in fact they’re not wrong? Their votes turned out to be literally worthless!

The authors of the Electoral College may have envisioned eventualities where the candidate with fewer popular votes would win. But did they in their wildest dreams foresee candidates with popular vote leads in the hundreds of thousands, even millions, losing? I think not. When the Electoral College was set up, it was a perversion designed to protect the institution of slavery. It is a perversion today, negating the will of American voters.

As for Trump, I will not accept him as my president. Does that sound childish? Too bad, it’s my turn to hold my breath and turn blue. It’s time we give the Republicans who refused to accept Barack Obama as their president tit for tat. That’s part of my reaction, but mostly, it’s this:

Trump is a nasty piece of work. His character is bad and the badness goes down to the bone. He’s stupid and racist (but I repeat myself). I will never forgive him for his leading role in the birther campaign against President Obama. Beyond that, I’m repulsed by his day-to-day dishonesty, lack of empathy, misogyny, vindictiveness, cowardly behind-the-scenes bullying, and money-worshipping anything-goes-if-it-benefits-me attitude. The fact that he thinks of himself as a “star” and holds anyone who is not a wealthy celebrity in contempt makes my skin crawl. Trump’s values are the antithesis of the religious and moral values I grew up with and tried to inculcate in my children.

Do I hope the Democratic minorities in the House and Senate will resist, undermine, and sabotage Trump the same way the Republican majorities in Congress did Obama? Yes I do. Do I hope we filibuster the shit out of him? Yes I do. I know what Trump would say to me and anyone else who voted for Clinton: fuck you. I say it right back: fuck you, Mr. Trump. You are not my president and never will be.

Trump is going to try to govern as an autocrat. The Republican-controlled Congress might just play along with him. One writer at the New York Review of Books offers some rules for surviving in an autocracy, and I’ll paraphrase them here:

To the safety-pin brigade: I hear you. We’re going to see a lot of unleashed hate in the coming days. I don’t believe half the stories floating around on social media, but some of them are no doubt true. Years of Limbaugh and Hannity, and now Trump, have given the haters permission to come out of the closet. I hope I have the courage to step in if I see it happening. I hope you will too.

What can we do? Get on with life, of course, but resist the government we voted against. Don’t let the propaganda machine lull us into complacency. Keep our anger alive and focused. When they call us tantrum-throwing babies for protesting, tell them to fuck off, we the people voted for the other candidate. Keep the faith. We’ll be back some day, and it may be sooner than we think.