The first thing I do after getting out of bed in the morning is turn on the small radio sitting on top of the medicine cabinet in the bathroom. Donna and I like to listen to NPR news while we get ourselves ready for the day. Fifteen years ago this morning, we turned the radio on in the middle of a live report from New York City: a small plane had flown into one of the World Trade Center towers and there was a fire on the upper levels. As they described the extent of the damage and the black smoke billowing from the top of the tower, I began to wonder if a small plane could have created such havoc. Taking our toothbrushes with us, we moved to the family room to see if the TV networks were covering it yet. They were, and three minutes later, right before our eyes, a large airliner flew into the second tower.

Well, yeah … and? Who doesn’t remember where they were and what they were doing that morning? I’ll just say this: to this day, every time I reach up to turn on the radio I dread what I may hear.

Back to The Morning Of: my boss called to tell me the base was locked down, essential personnel only. He called again 30 minutes later: the company had decided we were essential personnel. When I got there everyone was clustered around a portable TV someone had brought in, and that’s how we spent the rest of the day.

Later, as we were closing the office, my boss told me in secrecy that the fourth plane, the one that had gone down in Pennsylvania, had been shot down by an F-16. We were both former fighter pilots, defense contractors training new A-10 pilots, still plugged into the USAF fighter community rumor mill. We believed the story to be true.

Of course it turned out to be untrue, based on a rumor started by a refueling truck driver at Andrews AFB who saw a lone F-16 taxiing back in after scrambling that day. There weren’t any missiles on the wings, so it must have fired them, right? What he didn’t know was that the jet had taken off unarmed. The pilot had been prepared to ram the hijacked airliner, but it was already a smoking hole in the ground by the time she got there. 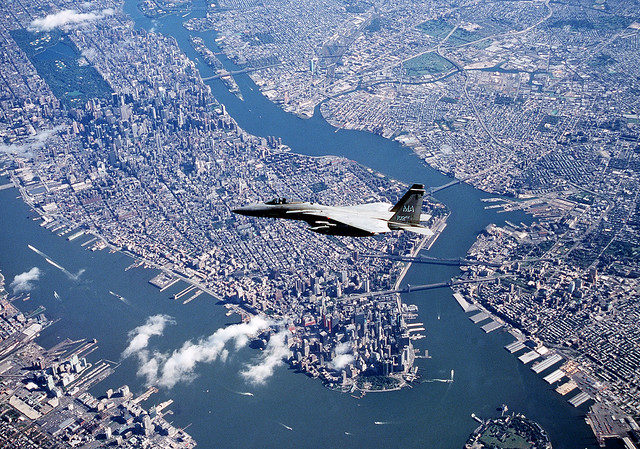 I went home that day feeling bad that my USAF was so unprepared for a coordinated attack by hijacked airliners. We failed to get there in time. Sure, a lot of the blame can be laid at the feet of the FAA and political leadership, but if some general or colonel at an air defense sector had taken aggressive action we might have shot one or two of the airliners down. Not the ones that hit the WTC, but the second two: the one that hit the Pentagon and the one headed for DC that went down in Pennsylvania.

But what if we had? We’d have killed hundreds of innocent passengers and potentially dozens more on the ground, and the second-guessing would never stop. Was the airliner you shot down in cold blood really headed for the Pentagon or the White House? How do you know?

Even so, I was and still am embarrassed by the Air Force’s confused, too-little-too-late response on 9/11, and I wonder how we’ll do if anything like that happens again.