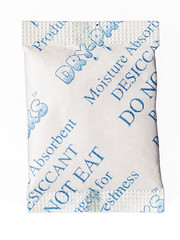 Up early this morning. Took a shower, toweled off, put on clean dry clothes, went outside to clean up dog poop and replenish bird feeders. Note to birds: no disrespect intended. Note to self: next time, shower after outside chores are done.

You guessed it: a muggy morning in Tucson. You all know the delightful feeling of breaking into a sweat the moment you walk outdoors. It’s why, after nine straight years of living in the tropics (Florida, Okinawa, Hawaii), we moved to the desert (Las Vegas and now Tucson). Even here, though, there’s a monsoon season. Enough of that. I’m back indoors, the AC is working well, and my T-shirt’s dry again.

My latest book review column just popped up on the Daily Kos website. I started cross-posting selected Paul’s Thing entries to DKos in 2012, ones DKos readers might find interesting: political* commentary, posts about airplanes and aviation, posts about books. On DKos, posts are called diaries, a name dating back to the early days of web logs (which were often described as online diaries).

My book review and banned book diaries appear in a DKos sub-group called Readers & Book Lovers, where I have a regular publication slot: Saturdays at 9:00 AM Mountain. Not that I post book diaries every Saturday at 9 AM—I’m nowhere near that prolific a reader or writer—but that when I do submit a new book diary it goes into a queue and doesn’t publish until the next Saturday morning rolls around. If I submit two at once, I can designate one to publish next Saturday morning, the other to publish a week or two later. My political and aviation diaries publish as soon as I click the submit button, just as they do on this blog.

*Yes, I said the P-word. Daily Kos is a lefty site and makes no bones about it. My politics are generally left, but I’m socially conservative and pro-military, and some of my gung-ho go-to-war aviation diaries upset sensitive DKos readers (I take some joy in that). Otherwise, left is my side of the political spectrum, and like DKos, I’ve never made any bones about that.

Lefty that I am, though, I have a question: am I the only one who thinks the “T” in “LGBT” doesn’t quite belong? As the cut & paste crowd on Facebook is always saying, let’s see who reads this.

Donna loves her new car. I parked it in the garage yesterday and resigned myself to leaving the two-year-old truck in the driveway. I wonder if the homeowners’ association will let us build an awning alongside the garage. Hate to see a good paint job start to peel, and boy do you see a lot of that in the Southwest!

My dermatologist found another basal cell carcinoma. It’s in the corner formed by my right eyebrow, the upper side of my nose, and the inner edge of my right eyelid. Donna hates the scars I bear from previous skin cancer surgeries, and since this one is so close to my eye I asked for a referral to a dermatologist who specializes in something called the Mohs technique. I’m to have it removed later this month, and with any luck the scar will be tiny and my eyelid won’t be affected. I hope my regular dermatologist won’t hold this betrayal against me. Sure, he’s a professional … but he’s also human.

Our dog Schatzi is curled up on the pillow on the desktop, right by the keyboard. I’ve been in blogging heaven the past hour. Every blogger should have a desktop companion.

There’s another bicycle hare & hounds ride on the horizon, and it’s time for me to track down the designated hare and remind him of his obligations. Other than that, there’s not a lot on my plate today … I should be able to catch up with some reading.

Stay cool and dry, wherever you are, and may your air conditioner never falter!