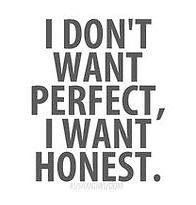 Most Facebook users, I’ve noticed, rarely post anything personal or honest (unless, that is, it reflects positive credit upon themselves). I treat my Facebook account as an extension of my blog, which is very much a personal journal. If I’ve done something stupid, I’ll fess up (so long as it’s not too embarrassing). If something’s weighing heavy on my mind, I’ll confront it. If my underwear doesn’t fit, I’ll say so.

Two weeks ago I twisted my back while pulling my socks on. For the next couple of days I hobbled around without socks, but then air museum day rolled around and Donna got down on her hands and knees and put them on me. I was so uncomfortable asking Donna for that kind of help, the very next day I ordered a sock-donning device from Amazon, one of those things old people use. It’s been a godsend. I mentioned it on Facebook, and one of my friends wanted to know more details. I kind of drew the line on that. I had said what I was willing to say on a somewhat embarrassing personal issue; what, that wasn’t enough for you?

Update (3/1/16): I didn’t write what I meant to write there, and it came out reading as if I were picking on a friend. I mentioned a personally embarrassing thing, but I’m the one who put it out there and it was only natural my friend would want to know more. After laying out the bare facts, though, I found I didn’t want to talk about it any more. Later still, after I apologized for this blog post to my friend, he explained that he too has a hard time putting socks on, and he wanted details so he could buy a device of his own!

A surprising number of other friends react to my more personal posts with titters and “TMIs,” almost as if they wish I’d just cut & paste sentimental tripe or baby-boomer nostalgia like their other friends, people with nothing to say. I don’t believe them, though … I think they like reading my posts. If they don’t, they know what to do.

Update (3/1/16): I am, however, definitely picking on the above-mentioned category of friends.

I filled out my Arizona Democratic Party primary ballot today. I inked in the circle next to Hillary Clinton’s name and mailed it in. Something about that Sanders fellow doesn’t sit right with me. I’ll be honest (see above): I think it’s the fact he applied for conscientious objector status during the Vietnam War and didn’t bother to continue applying after the war was over.

As long as I’m being honest, here’s the dent I put in Donna’s bumper yesterday: 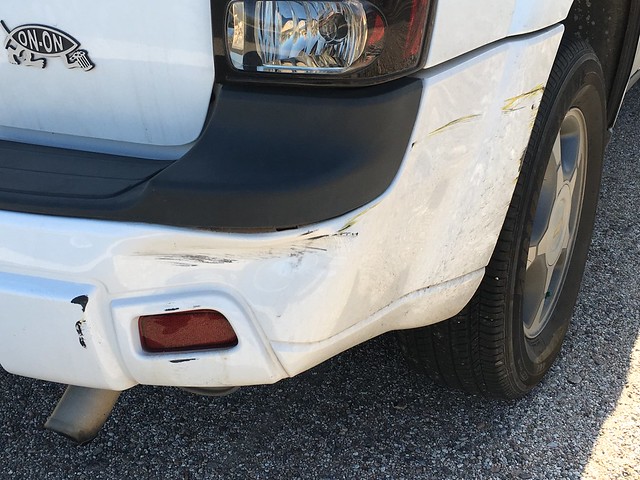 When we bought our new truck Donna started driving the Trailblazer as her primary car. Shortly afterward she cut a corner and put those black and yellow scrapes on the side of the rear bumper. Yesterday, dropping the car off for an oil change, I backed into a concrete abutment and dented the same bumper. I teased Donna about the scrapes; she teased me about the dent. Truly, though, I feel awful about it and want to call the insurance company, deductible be damned. She says no, let it go, the car’s almost 10 years old and not worth it.

Oh, and did I mention that when she stopped at Verizon yesterday to replace her old cell phone, she got me a new one as well? My wife is a saint and I do not deserve her.

There’s a bicycle hash tomorrow. I must have gotten discouraged with the utter lack of results from exercise, because over the winter I’ve hardly ridden at all. Neither has Donna. We’re both riding tomorrow, though, and maybe we’ll get our groove back. I hope so: I’m manning the Pima Air & Space Museum’s tent at the Tucson Book Fair in two weeks, and I’ve already committed to riding my bike to the event, since parking is such a hassle.

Tuesday morning the dermatologist is going to cut another basal cell carcinoma from my forehead. This’ll be, like, number six? And they’ve all been on my face. Stitches, then a scar, and a year or so from now there’ll be another one. As long as I can stay ahead of them I’m happy, scars and all. This April the dentist is going to cap my upper front teeth. They’ve always been a little crooked, but the big thing is the enamel’s nearly gone and they’ve become stained, probably from coffee and tea. Unconsciously at first, but then with intent, I’ve been hiding them when I grin. It’ll be nice to have presentable teeth again.

TMI? I hope not. Rest assured, I’m holding plenty back.