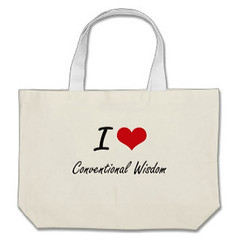 The first was at a weekend dinner party, where one guest tried to ignite rage over the detention of American sailors in Iran. When that didn’t get a rise out of anyone, he changed the subject to the movie 13 Hours, clearly hoping it would lead to a spirited round of Hillary-bashing. It didn’t, and he finally took the hint and shut up.

The second came yesterday, when one of my fellow air museum docents started in on Clinton’s use of a private email account when she was Secretary of State. He seemed totally unaware of the White House email scandal of 2007, when someone in the Bush/Cheney administration deleted millions of official emails after congressional Democrats threatened to subpoena them. I believed him when he said he’d never heard of that. After all, he admittedly gets all his news from Fox, which despite its well-known slogan is the polar opposite of balanced.

Is there a new Hillary Clinton email scandal? So they say, but I don’t buy it. Consider this: everybody knows we have spy satellites. In the military, at least, any and all information about spy satellite programs (including the universally-known fact that we have them) is classified top secret/special access … you have to first have a hard-to-get top secret clearance, then be “read into” a special access program before you can learn anything about American spy satellites or see any of the photos they take.

I remember my reaction when I was first read into one of these programs: Is that it? Hell, I already knew all that and more just from listening to the news and reading Tom Clancy novels. Any civilian can talk about this stuff. Does the fact I’m now read into this top secret/special access program mean I have to leave the room when my civilian friends start talking about spy satellites? Technically, yes. What is common knowledge is now, at least for me as a military member, a forbidden topic, and I can go to Leavenworth for talking about it.

This or something similar, I suspect, is what’s going on with accusations Hillary Clinton discussed top secret/special access intelligence in her emails. She probably mentioned something she’d read in the New York Times, something the person she was writing to had also read. But whatever the topic was, it was probably also protected under one of many top secret/special access programs. You’d be surprised how many things are.

Are these new Clinton email accusations politically motivated? I’d say you can safely bet the farm on that. The GOP is clearly terrified of running against her; far less so of running against Bernie Sanders. Over the past months several negatives about Bernie have come to light, any of which you’d expect Republicans to seize upon and use against him, but so far they’ve directed all their attacks at Hillary. That says something to me, and what it says is go, Hillary!

But never fear … if Bernie gets the nomination and becomes the Democratic candidate for president, all those negatives will quickly find their way onto the front pages. Here are a couple of paragraphs from an article titled “With Bernie Sanders as Their Nominee, Democrats Can Kiss the Presidency Goodbye“:

Ask yourself this question: why have Republicans stayed largely silent about Bernie Sanders while collectively bashing Hillary Clinton? Better yet, why were Republicans blasting out pro-Bernie press releases during the last Democratic debate?

Simple: they are on their knees praying for Sanders to defeat their most feared opponent.

When the conservative machine cranks up and kicks into high gear, Bernie will be eviscerated, turned into an aging cartoon Commie, a flip-flopping America-hater, a 60s holdover writing bizarre essays about free sex and child rape fantasies, a non-Democrat Democrat whose embrace of the NRA undermines his claims to purity, a politician who voted against the Amber Alert system, a draft dodger, and a man who thinks women’s rights are a distraction.

I’d almost forgotten those embarrassing college essays, briefly mentioned in the media months ago. I’d almost forgotten the fact that Bernie applied for conscientious objector status during the Vietnam war. I didn’t know about the Amber Alert vote at all. Not mentioned in the article (I can’t imagine why not) is Bernie’s religious status: a self-avowed secular Jew who describes himself as not “particularly religious.” I’d vote for Bernie on that ground alone, but most Americans?

I have to agree: if Bernie defeats Hillary in the primaries and becomes the Democratic candidate, all this and more will be in the spotlight, endlessly flogged on MSNBC and CNN and Fox News, accompanied by serious-with-a-smirk think pieces in the New York Times. And that’s not all. Have you heard this story? You’ll hear plenty more about it if Bernie’s the nominee.

I don’t mean to be CW Guy™, but give me Benghazi! and private email accounts any day.