You Can’t Read That! is a periodic column featuring banned book reviews and news roundups. 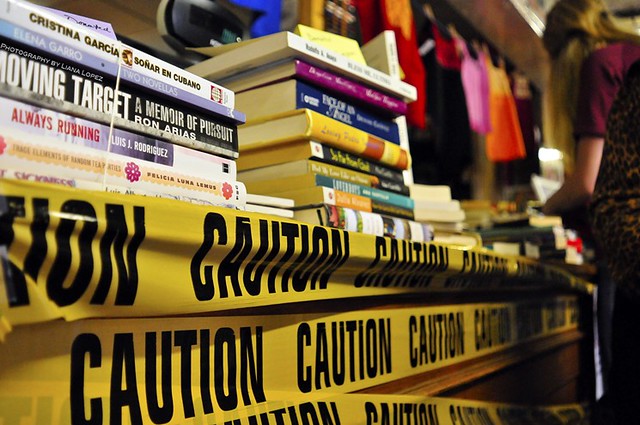 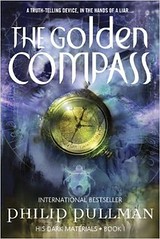 The Golden Compass (His Dark Materials #1)
by Philip Pullman

I finished Philip Pullman’s “His Dark Materials” trilogy several years ago, before I started this banned book column, before I’d gotten in the habit of reviewing books. I didn’t need a paper trail to help me remember them as the best young adult adventures I’d ever read, so when “La Belle Sauvage,” the first book of a new Pullman trilogy, “The Book of Dust,” (which builds on the first one) came out late last year, I made sure to read and review it.

This is from my recent review of “La Belle Sauvage”:

“I was literally breathless when I finished the book. How long has it been since I’ve read anything this gripping and engaging? A while, for sure. Oh yes, I read lots of thrillers, and they all have gripping plots, but I always know some bozo like me wrote the book. With Pullman, I forget about the bozo behind the book. When Malcolm’s excited, I’m excited. When he’s frightened nearly out of his wits, so am I. This is how it was when I first discovered my love of reading as a child, when a good book could sweep me off my feet. That Pullman can do that to me as an adult is … well, it’s genius, is what it is.”

You will understand, then, why I am now re-reading (and this time reviewing) the original “His Dark Materials” trilogy. This is my review of the first novel, “The Golden Compass,” which will be followed by reviews of “The Subtle Knife” and “The Amber Spyglass.”

When I first read the “His Dark Materials” trilogy, all three novels were being challenged and in some cases banned from school reading lists and libraries around the country, and were listed on the American Library Associations’s list of frequently banned and challenged books for 2008. As a matter of fact “His Dark Materials” remains on the current ALA list, compiled in 2016.

Objections to the novels center around the books’ portrayal of organized religion. In the world of “The Golden Compass” and the other novels of the first trilogy, the church–very similar to our world’s Catholic church–is strong and repressive, acting in opposition to the values and morals most of us are raised with, manipulative and controlling, more than willing to embrace evil in order to preserve and advance its power. This of course puts organized religion in a bad light, and since the books are meant for young readers, they were and are considered a threat by the Catholic church and religious right conservatives.

My take: the hero of “The Golden Compass,” Lyra Belacqua, is the living embodiment of morality: pure and good in action and thought. Everything she does, knowingly or not, is in direct opposition to the cruel schemes of the Magisterium and the Oblation Board; i.e., organized religion. Philip Pullman claims to be an atheist, but I think he is not that dogmatic: his humans–and only the humans–have dæmons, very near to souls.

My childlike delight in reading these novels has less to do with the books’ message on religion and morality (which which I quite agree) than with the pure joy of reading a grand adventure. A meticulously crafted and detailed alternate world, so like our own yet so different. The beguiling Lyra Belacqua, a heroine no reader can ever forget (or get enough of). Hairbreadth escapes, armored bears, journeys by river and sea, visions of alternate universes in the Northern lights, witches, cliff-ghasts, Mrs. Coulter … and most of all, the dæmons. I totally get Iofur Raknison, King of the Panserbjørnes, who wants nothing more than a dæmon of his own, and my dachshund Mr. B, my constant companion, is no doubt wondering why I’ve started having long one-sided conversations with him.

As to the novel’s “young adult” label: yes, Pullman’s trilogy is meant for young readers, but the books are written at an adult level (by which I mean not just Pullman’s vocabulary but the sophistication and complexity of his ideas), and are as good as the best mainstream fiction. If these novels had not been labeled YA, I would never have known.