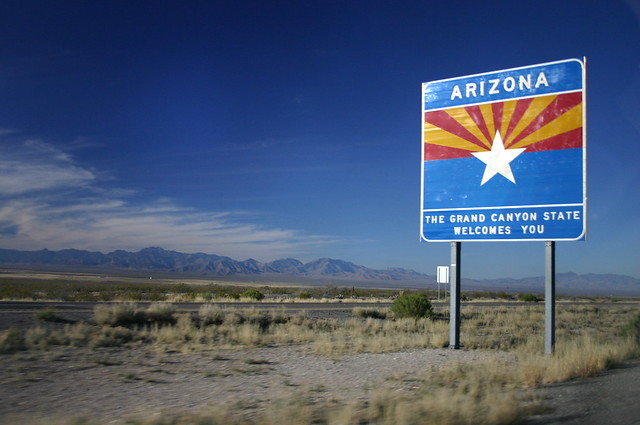 In May 2010 Arizona banned the teaching of ethnic studies in the state’s public school classrooms, specifically targeting Mexican-American and Native American studies. The new law forbid elementary and secondary schools to conduct classes “designed primarily for pupils of a particular ethnic group” or that advocated “the overthrow of the United States government” and “resentment toward a race or class of people.”

Initially the Tucson Unified School District (TUSD), where the student population is 60% Hispanic, resisted closing down its large ethnic studies program. In 2011 the state brought in an outside auditor to assess TUSD’s ethnic studies program.  The auditor gave the program high marks and recommended it be continued. In late 2011 Arizona’s state schools superintendent overturned the auditor’s recommendation and announced he would cut off state funding to TUSD if it did not cancel the program. Last week TUSD capitulated.

What, you ask, does this have to do with banning books?  Everything, that’s what.

Because now that the ethnic studies courses have been banned, so have the textbooks, essays, poems, and novels that were taught in those classes.  Confiscated and boxed up right in front of humiliated teachers and students, then shipped back to the central textbook repository.

That these books will ultimately be banned not just from the now-defunct ethnic studies classes but from all classes is almost a foregone conclusion.  They’ll wind up being banned to all TUSD elementary and secondary school students.  And it’s only just begun.  Check out this list of the books that (as of yesterday, mind you) have been taken off the shelves of TUSD schools, boxed up, shipped back … banned.  It’s a list that’ll surely grow in coming weeks, because how many books can you think of that don’t talk about, at least to some degree, race, ethnicity, and oppression?

I can’t prove it, but I suspect shutting down ethnic studies programs was merely a cover for banning books that encourage kids to think critically and question the party line, and that book banning was the real goal all along.

This is book banning on a colossal scale.  Some of the banned authors are beginning to respond.  Will the public?  Will the courts?  Will you?

Update (later, same day): a bevy of TUSD officials appeared on local TV news channels half an hour ago, denying that any books have been banned.  The books that were boxed and sent back to the book repository were only the ones used in the cancelled ethnic studies classes, they say, and copies of the same books are still being used in other classes.  This smacks of damage control to me … just from the links I gathered for this post it’s obvious the story is gathering national attention and condemnation … and I find it hard to believe that any TUSD teacher who wants to keep his or her job will assign any of the books in question to students, for any reason.  Nope, I’m not buying TUSD’s spin, at least not until I know more.