Ditalini’s sister Gina Cannolini came to visit from Michigan, restocking our freezer with venison from our brother-in-law Lengua’s most recent hunting trip. Among the cuts were two bone-in roasts. I decided to look for a good recipe, and one titled “The Best Crock Pot Venison Pot Roast Recipe of All Time” caught my eye (and how could it not, despite the needless repetition of the word pot). 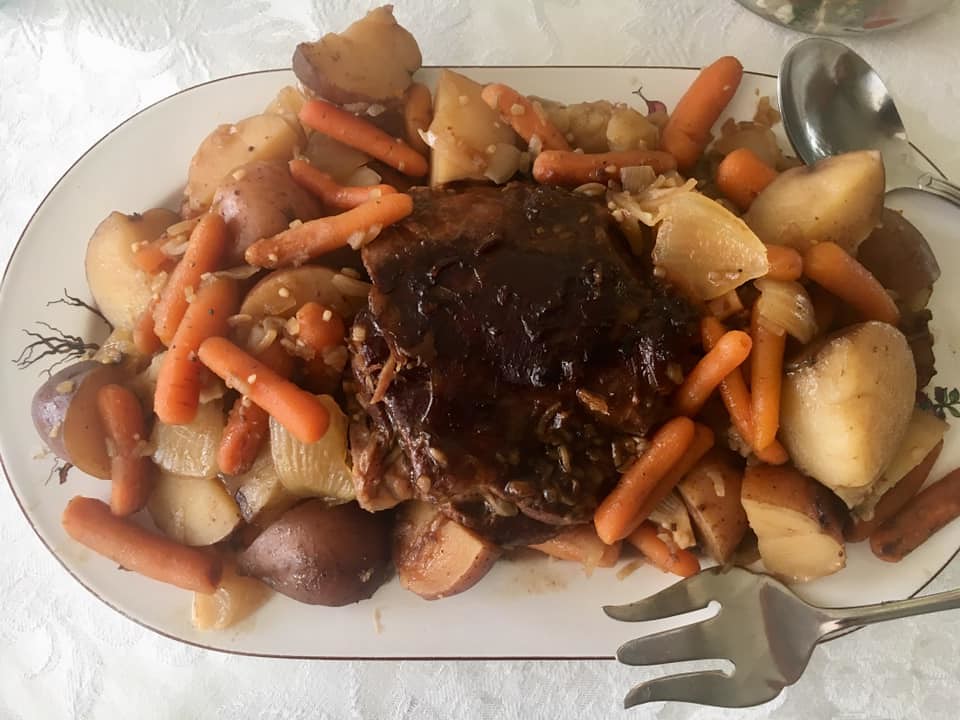 I modified the recipe slightly to make it my own, but not in any fundamental way, and I must give credit to its creator, Dustin Prievo.

Pour water into the slow cooker or crock pot. Add onion and garlic. Place the venison roast on top, then sprinkle the onion soup mix (both packets) over everything. Put the potatoes and carrots on top, sprinkle with salt & pepper. Put the lid on the slow cooker and cook for six to eight hours on low. 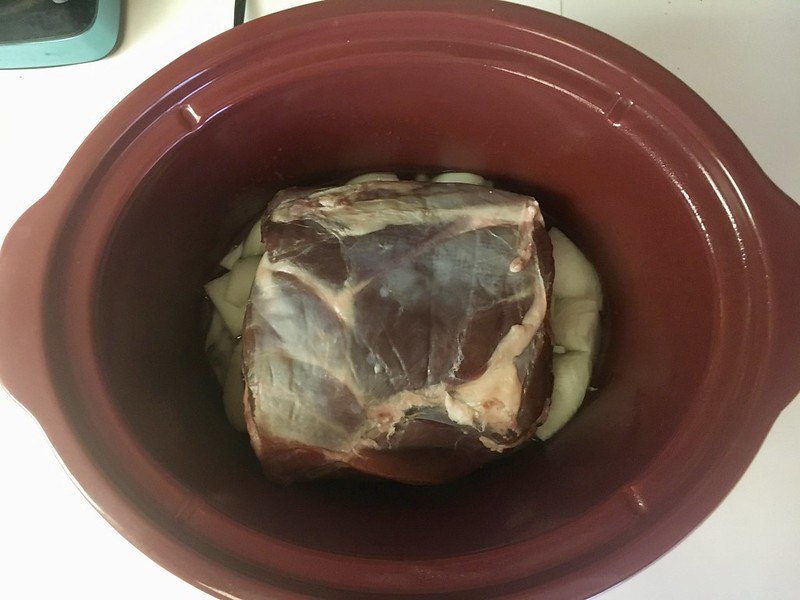 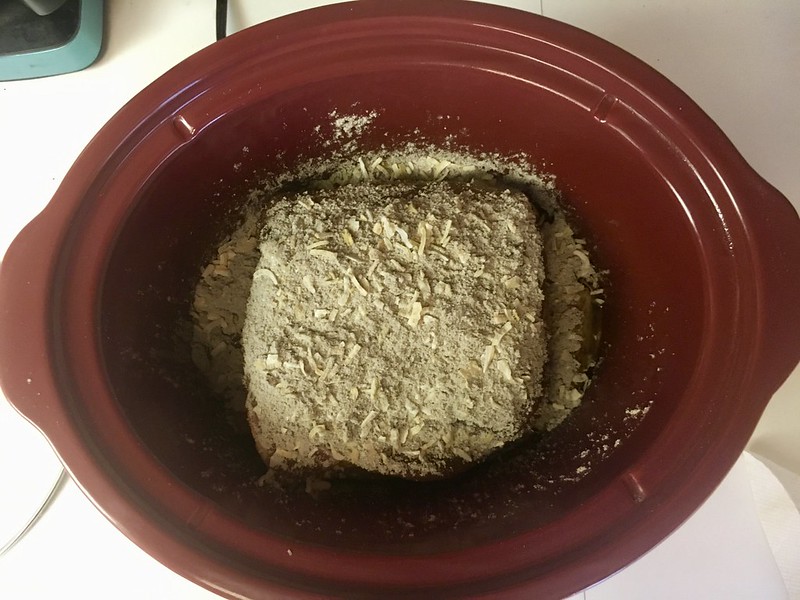 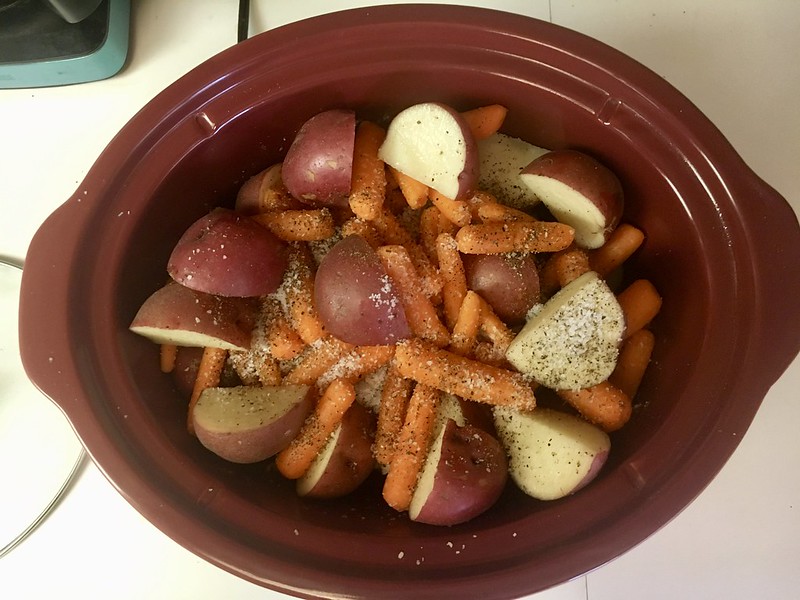 This really is an excellent recipe for what normally would be a dry and tough piece of meat, and I will definitely use it with the second roast. There wasn’t a hint of gaminess to the venison … the onion soup mix erased all traces of that. The meat itself was tender and moist, easily broken up with a fork.

I served the roast on a platter with the potatoes, carrots, and onion arranged around it. I didn’t add any liquid from the slow cooker … the roast and vegetables were moist enough without it.

Our venison roast was closer to two pounds than three, and had a large bone inside. We still had enough to serve four, with a little left over. I expect you’ll need a full eight hours to slow-cook a three-pound roast.

Ditalini points out that you can tell when something’s cooked by the smell. I hesitate to offer this as a tried and true kitchen technique, but she’s generally right. I was going to go the full eight hours on this recipe but she walked into the kitchen at the six-hour point and said “It’s done.” I poked the roast with a fork, and it was.

If desired, you can serve the roast as a stew. Remove the meat and vegetables as above, then pour the liquid from the slow cooker into a sauce pot, bring it to a boil, and add a little corn starch or flour to thicken it. Once it thickens, break up the meat and return it and the vegetables to the sauce pot, and serve in bowls.