We had the richest, beefiest stew at a friend’s home last winter. She told me it was beef & Guinness stew and that I’d find the recipe on line. I pulled a big chuck roast out of the freezer the other day and decided to make it myself. Perhaps I chose the wrong recipe, because I wound up modifying it to make it taste as good as my friend’s stew. Since I modified the recipe I started with, I’m calling this one my own … trial and error, baby!

What trial? What error? When I looked up recipes I found three, each one slightly different. All three called for beef, onion, carrots, and Guinness, but then one added some beef stock while another added chicken stock. I chose the “pure” one, the one that called for Guinness alone. When the stew had simmered a couple of hours I tasted it and found it decidedly non-beefy. I added a can of beef stock, and while I was at it, three small cut-up red potatoes and one sliced parsnip. The result was, as I’d hoped, rich and beefy tasting, one of the best stews I’ve made.

Trim beef of fat and gristle, cut into large pieces. Mix flour, salt, pepper, and cayenne in a bowl and dredge the beef so it is lightly coated. Heat a couple of tbsp olive oil in a skillet and brown the beef on all sides, about ten pieces at a time. Remove the already-browned beef as you brown fresh batches.

Reduce the heat in the skillet, add the onions, garlic, tomato puree, and browned beef to the skillet, cover, and cook gently for five minutes. Transfer the contents of the skillet to a casserole and pour half the Guinness into the skillet. Bring Guinness to a boil and stir to dissolve the caramelized meat juices in the skillet. Pour over the meat, along with the remaining Guinness and beef stock. Add the vegetables and thyme. Stir and adjust seasonings. Cover the casserole and simmer over low heat, or in a 300°F oven until the meat is tender, 2 to 3 hours. Garnish the beef with parsley and serve. 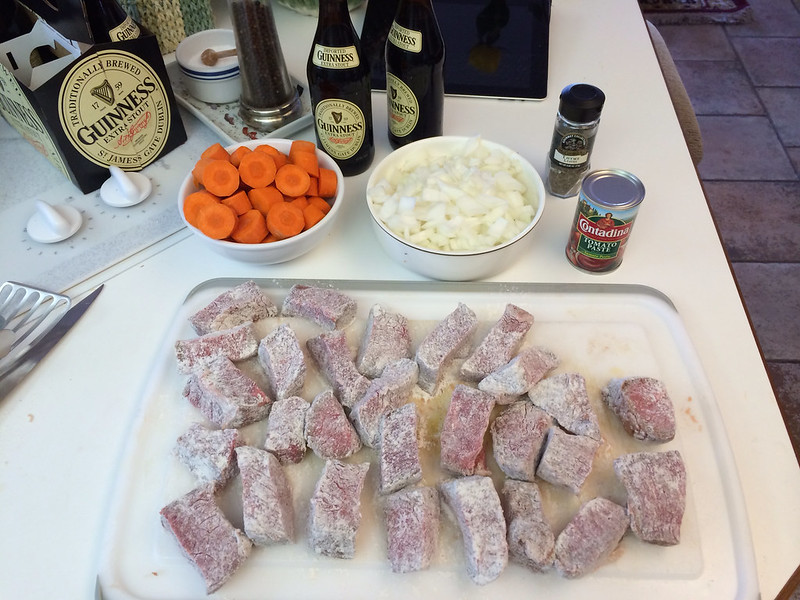 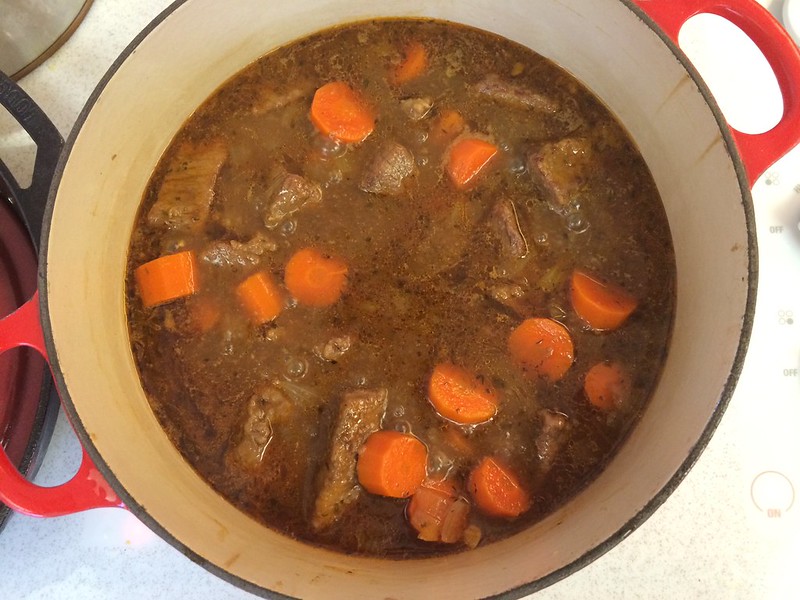 The stew before I added beef broth, potato, and parsnip 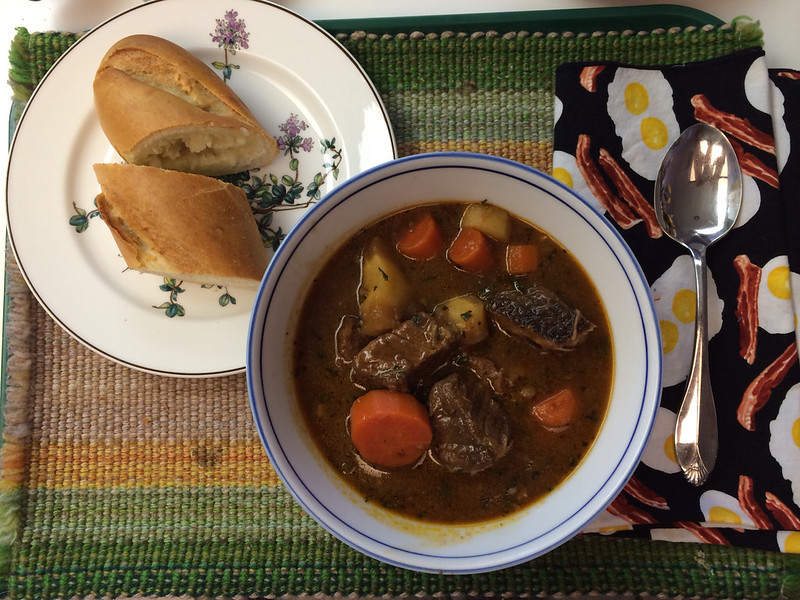