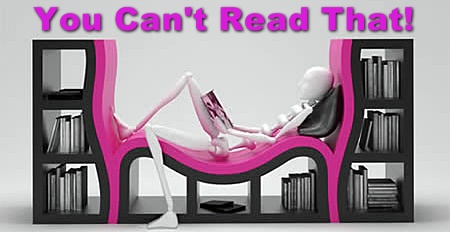 My local school district in Tucson, Arizona is at the center of a growing national and international scandal over the racially-motivated confiscation and banning of textbooks, novels, and plays.  I wrote about the district’s actions here and here.  To reach a wider audience, I also wrote about it on Daily Kos.  I don’t know what more can be said at this point … school district officials are in the early stages of a hunt for other “unapproved” books and additional bannings are likely.  I’ll continue to post about the situation as it unfolds.

Pending further developments in Tucson, I’ll just say this: I think these book bannings are part of a trend I’ve tried to spotlight in previous You Can’t Read That! posts: efforts by political and religious groups to organize and coordinate book bannings and challenges on a national scale.

And now, in other book banning news:

“When government officials ban the objective study of all religious texts, including the most important literary works of all time, such as the Bible, The Epic of Gilgamesh, The Iliad, The Odyssey, it only contributes to the further dumbing down of public school education.”

You have to admit, that’s a great headline!

“Librarians have the authority … to tap patrons on the shoulder when they are viewing such content and tell them to take the material down, or to leave the library altogether if they persist in bringing up obscene imagery.”

“I read it cover to cover. I was appalled. This book does nothing to elevate students. It implies that everyone speaks and acts that way.”

Another parental book challenge, this time in Maine. And at least this time, a win for the good guys.

“… I can still succeed in getting “Fish is Fish” banned in Marathon County.”

Really?  Your kid is exposed to an idea you don’t approve of, and your first thought is to ban the idea?

Sure, Vincent, if that’s what you want to believe.  If we ban The Absolutely True Diary of a Part-Time Indian from every school in the country, the curse of Onan will be lifted from the nation’s children.

Another brilliant headline.  The accompanying New York Daily News story on book banning attempts is pretty good too, and full of righteous snark.

“Students at the Plymouth-Canton Schools in Michigan got a crash course in politics this week.”

The crash course was over the previous entry, where parents tried to get Toni Morrison’s novel Beloved banned from a Michigan school.  Let’s hear it for the students, the more enlightened parents, the American Civil Liberties Union, the American Library Association, and ultimately the school board, who together fought back the challenge and kept Beloved on the AP English reading list.