The Cruelty Is the Point 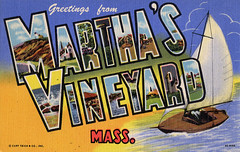 Wish I could say deSantis’ Martha’s Vineyard stunt will come back and bite him in the ass, but I can’t. Because I know it won’t. When I volunteered at the air museum and talked about the one Mexican-registered aircraft we had on display, half the middle-aged white men in every tour group would scowl and curl their lips. Some of the women, too. There’s a type of American who … well, we all know the type. And they’re more empowered than ever. And they love it when cracker governors like the ones in Florida and Texas do things to own the libs, especially when it inflicts cruelty on minorities. The crueler the better. The cruelty is the point.

Let those fuckers anywhere near the steering wheel again, we’re headed straight over the nearest cliff. And that’s all I have to say about that. For now.

So what do you blog about when you don’t want to get sucked into moaning about insoluble problems? The weather? Your pets? The latest news from home? Well, yeah, and when I write about that stuff friends tell me they love it, so here goes.

The White Lotus won a lot of Emmys, so Donna and I watched the first episode on HBO last night. We were entertained, not least by Steve Zahn’s penis and scrotum, on full display in one of the opening scenes. For that reason alone, we’re going to give the series a go. Forgive me for imagining a future where on “premium” cable and streaming series, the stars, male and female, will give audiences a good, close, and detailed look at their genitals, right up front before the story even gets going. Just show us their stuff right off the bat and get it out of the way. Tell you what, House of the Dragon would benefit from it. What a yawner!

I don’t get out much. Today was a big day for me: gassing up at Costco ($3.15 a gallon!), withdrawing cash from our credit union, and getting the truck washed and detailed (half-off for seniors every Tuesday & Thursday!) … I originally planned to stop at my favorite Mexican drive-thru on the way home, but was adventured out and not very hungry anyway. 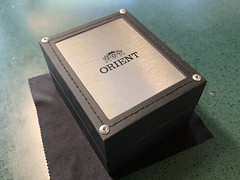 My birthday wristwatch is here. My birthday is a month and ten days away. I wasn’t going to order the watch until the week before, but then noticed the little count-down window on the Amazon listing: five remaining, four remaining, three remaining … when it got down to two remaining, I pulled the trigger.

Yes, I did look inside the box to make sure it was the one I wanted, but you’ll have to wait for the unveiling. Just as I’ll have to wait to actually wind it up and wear it. C’mon, Halloween!

We caught Fritzi, our piebald dachshund, scratching away at her throat and upon looking discovered she’d scratched an area right down to the skin, red and raw, just this side of bleeding. We gave her a bath, carefully cleaned the raw patch, then put Neosporin on it. She doesn’t seem to be scratching at it any more and it’s scabbing over, so now we’re just rubbing on a little Vaseline. Oh, and we took her collar off, in case that was contributing, but we don’t think that was the issue … we think she got bitten by a spider or some kind of bug. She once caught a pack rat underneath one of the bushy Mexican Bird of Paradise plants out back and now she noses under them every time she goes outside. Who knows what else lives under those things? I walked right through a head-high spider web strung between a patio umbrella and the pool fence just this morning. Down at Fritzi’s level, things must be way worse!

One thought on “The Cruelty Is the Point”