Until realizing I had no idea what purpose Pinterest serves, I posted photos of F-15 Eagle fighters to it. In May 2019 I abandoned Pinterest and opened an alter ego account on Twitter: F-15 Eagle Bot. 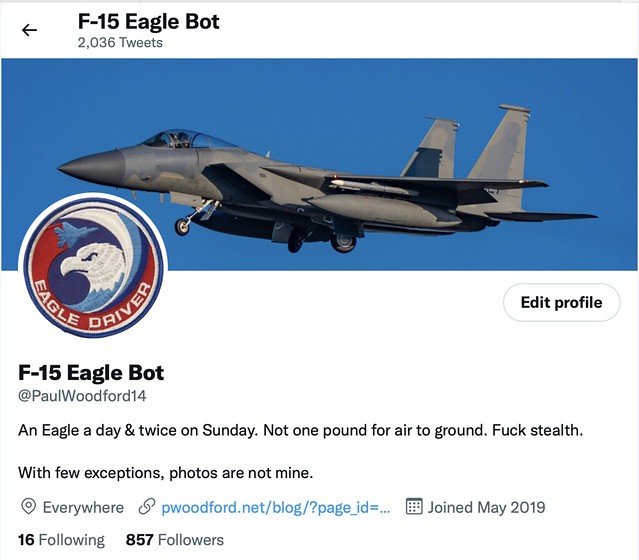 There are hundreds of automated bot accounts posting daily (and even hourly) photos of this and that to Twitter. Since my intention was to do the same with F-15 photos, I decided use the word bot in the new account name, even though there’s nothing automated about what I do. I physically log on every morning and post a fresh photo. I have tons of photos, enough to keep Eagle Bot going another year or two. At that point legacy Eagles (the ones I flew from 1978-1997) will no longer be flying, and I’ll probably kill the account. But that’s then, not now.

Russian bot accounts are a standing joke on Twitter. Turns out I may have one among my followers. Just joking, I think. Even though he has no followers, I suspect he’s an actual human. This guy: 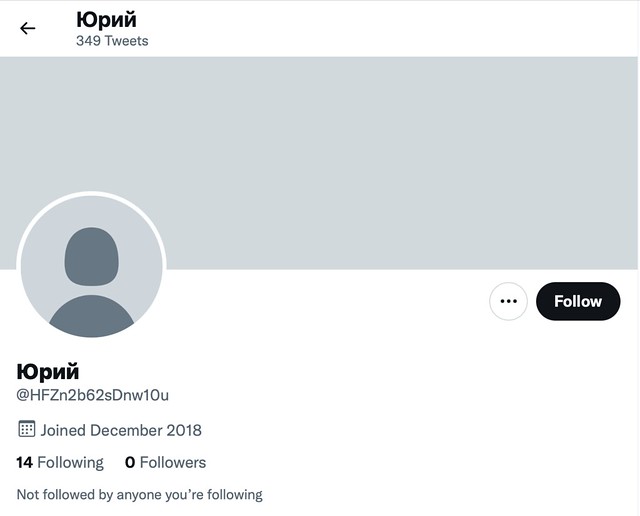 Yuri started commenting on my photos a couple of months ago. Google Translate isn’t quite up to it, but one gets the gist. Here’s one I got yesterday, along with the translation: 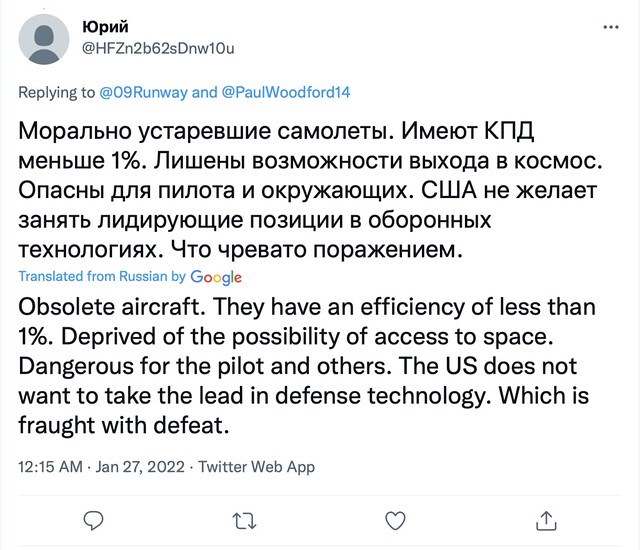 Looking back on Yuri’s earlier comments, it seems he has a idea for improving the F-15’s fuel system and engines: 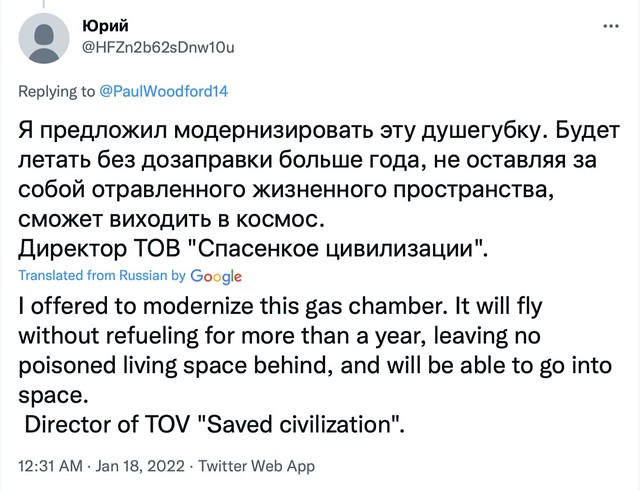 Wouldn’t that be something? They’d have to beef up the on-board toilet facilities if pilots are to have a prayer of keeping up with Yuri’s modified Eagles.

I should forward his tweets to Boeing. Maybe I will.

In a post about the HOA annual general meeting Donna and I chaired last Saturday, I said this:

Tell you what, though, I was really happy almost everyone attending the AGM was masked, as we requested in the meeting announcement. One or two people weren’t, but they kept their distance. That, and the fact we met outdoors on a neighbor’s patio, with chairs spaced well apart, made everyone feel relatively safe.

I was off on the number of maskholes. Another board member counted six, and in a private email afterward argued that we should have held the meeting online, with everyone attending remotely. He’s right, of course, so in my first message to the five members of the new 2022 HOA board, I said this:

We’ll have quarterly board meetings, and until the Covid pandemic is declared over we should plan to conduct them via Zoom. I felt we pushed it Saturday, especially since a few attendees didn’t mask.

This morning a neighbor — one who wasn’t at Saturday’s meeting and isn’t on the board — emailed me a chain letter about the Bidens. In the 23 years we’ve lived in this neighborhood, this is the first time he’s sent anything remotely political. Of course it’s possible to see cause and effect where there is none, but I think my message to the board has been leaked. Apparently my mild comments about masking and meeting remotely were enough to trigger a Trumper.

The chain letter starts with this, and goes on for five more pages: 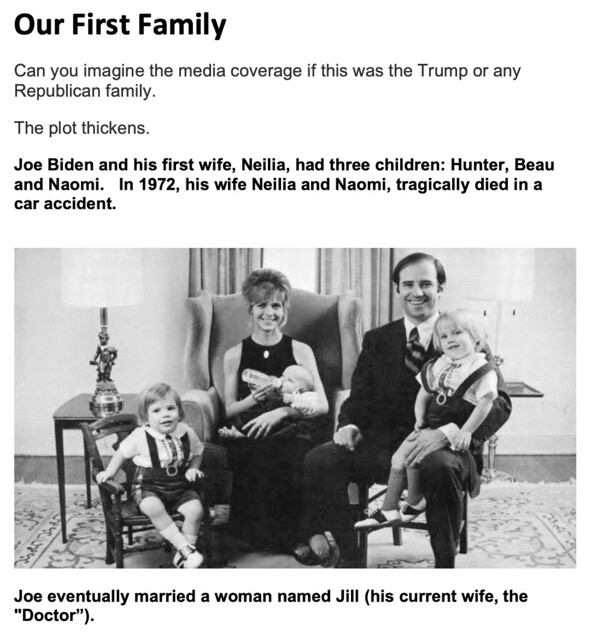 The rest of it’s about Hunter Biden and his legendary laptop, leftover crap from Steve Bannon and Roger Stone’s 2016 opposition campaign against Joe Biden. It’s stuff we’ve all heard before, still circulating in MAGA-land.

Was I tempted to respond? Reader, I was. I resisted. But not before fishing this out of my saved image file: 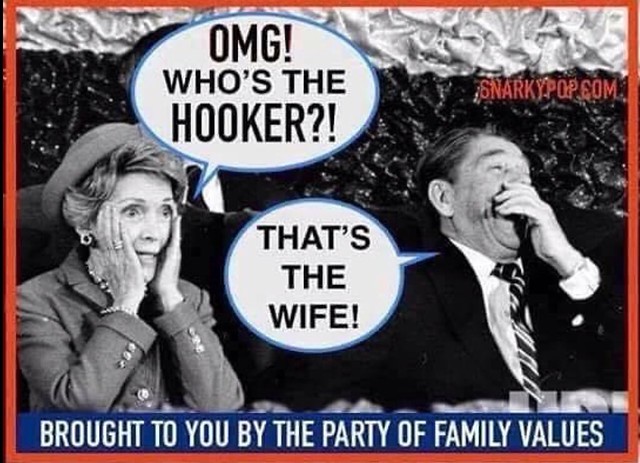