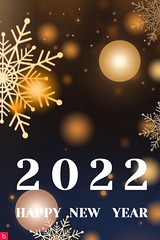 Hey, it’s the first post of the new year. Who loves you, baby? Paul’s Thing, that’s who!

I’m president of our homeowners’ association, and one of my responsibilities is setting up the annual membership meeting, held every January. You’d think for a small subdivision of 33 homes, it’d be easy, but with Covid it’s anything but.

We don’t have a neighborhood clubhouse. Prior to 2020, we held our annual meetings at off-site venues. Three nearby facilities have meeting rooms: the local library, the county sheriff substation, and a shopping mall church. With the Covid pandemic still raging (and the news saying more than ever), none of these places are taking reservations.

Last January, with Covid vaccinations not yet available, we didn’t even try to book a venue. We met remotely via Zoom, each in our own homes. I thought we’d have to do the same again this year, but some HOA members really wanted a face-to-face meeting, and one couple volunteered their back yard. So we’re having an in-person afternoon meeting, weather permitting, three Saturdays from now. I emailed the announcement this morning and set up an event notice on our HOA’s Facebook page.

I don’t know our neighborhood’s vaccination status. I have to assume not everyone is. It seemed like common sense, at least to me, to stipulate in the announcement that only vaccinated HOA members attend the backyard meeting, and that they wear masks unless addressing the group. We’ll set up a couple of laptops at the venue and run a Zoom session so unvaccinated members, and those who for other reasons don’t want to attend in person, can participate remotely. I think I’ll attend remotely, even though I’m chairing the meeting. Why take the risk, am I right?

So far, no feedback, negative or positive. I’m kind of hoping the residents who want to meet in person will come to their senses and back off, but with pandemic denial and opposition to the vaccine having become a loyalty test for an entire political party, we’ll see.

Also to be seen: whether we’ll be able to find new volunteers to serve on the 2022 HOA board. I plan to resign, along with at least one other current board member — we’ve both served two consecutive years, and feel it’s someone else’s turn. Yeah, good luck with that, he said. 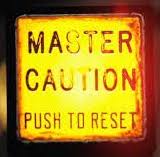 A few days ago, my son and I got to talking about a book I liked, “The Apollo Murders,” by astronaut Chris Hadfield. When I write, I try to do what Chris Hadfield does so well: explain things people outside various professions don’t know about without making them feel talked down to. An example from Hadfield’s novel stands out to me: the master caution indicator in the Apollo command module.

The concept’s simple, and even if you’ve never seen or heard of a master caution indicator Hadfield makes sure you get it without forcing it down your throat. In the novel, the master caution indicator in front of the mission commander’s face lights up shortly after launch. Seeing it, he quickly scans gauges and warning lights scattered around the cockpit and finds the problem: a small warning light down by his right knee shows that an electrical bus has failed. He then resets the master caution so that it’ll light up again if another failure occurs while he and his crew work the electrical bus problem.

In the F-15, the master caution indicator was positioned near the top center of the instrument panel, directly in my line of sight where I couldn’t miss it when it lit up. It was triggered by any of a hundred or more individual failures, some serious, some less so, but I had to look around the cockpit to discover exactly what had gone wrong. Once I’d identified the problem, I’d punch the master caution off so it would alert me again if other failures occurred (and they usually did). Now you know, and you’re probably thinking your car could use one.

It’s fun, even for non-pilots or astronauts (or non-doctors, engineers, accountants, gangsters, whatever) to learn specialized insider stuff like that, and possible to pass it on in an entertaining way. But sometimes folks deserve to be insulted. I remember, five or six years ago, Fox News attempting to create a weather-related outrage it could blame on Obama. As I recall, a wedge of Arctic air was punching down through Canada and about to penetrate the upper Midwest, and Fox News commentators were challenging NOAA weather forecasts by shouting “if Arctic polar vortexes are a thing, why didn’t we ever hear of them before Obama?” Remember that?

I learned about polar vortexes when Nixon was president, studying meteorology in pilot training. I would have thought anyone with a bit of education in climate and weather would know about them too, both the kind that cross frozen land masses on their way south (Canada, northern Russia) and the maritime version that comes down in the northern Atlantic. When did we quit teaching Republicans about the world we all share?

Speaking of weather, here’s something everyone should know but many don’t: when forecasters talk about an east wind or a west wind, what they mean is a wind coming from the named direction — an east wind originates in the east and blows west. I don’t blame anyone for thinking an east wind blows east. It’s a very common misunderstanding, and the weather folks on the evening news know that and take pains to describe winds as “blowing from west to east” or “east to west” to make sure viewers understand what they mean.

All this reminds me of my first day in pilot training, when our instructor told us the red running light is mounted on the left wing and the green light on the right wing, and one of my classmates stuck his hand up to ask if that’s looking at the plane from the front or the back and the instructor calmly pointed out that aircraft have only one left side and one right side and I thought boy am I glad it wasn’t me asking that dumbass question.

Apparently the term “exonerative tense” has been around a while, but it’s new to me. I’ve been looking for a phrase that captures what goes on when the media passes on copaganda. This story is a prime example of the exonerative tense in action, likely dictated by the Boynton Beach Police Department and copied word for word by a CBS stenographer, er, “journalist”:

BOYNTON BEACH (CBSMiami) — A 13-year-old boy riding a dirt bike died on Sunday during an attempted traffic stop, according to the Boynton Beach Police Department.

According to Boynton Beach PD, an officer saw the boy riding recklessly, which is what prompted the attempted traffic stop. In a news release, police said the dirt bike went down during the attempted stop, killing the teen boy.

Get that? The bike went down, killing the teen boy. All the police officer did was attempt to stop him.

One more news item. This is one of my greatest fears as a gun owner, and the reason I keep my pistol locked in a safe:

COLUMBUS, Ohio — A man fatally shot his 16-year-old daughter in the family’s Columbus home after he mistook her for an intruder, according to what the girl’s mother told police.

The mother called 911 after the shooting around 4:30 a.m. Wednesday and said the father had shot at someone he thought was breaking into the house after the security system was activated, authorities said.

Not that anyone cares, but I’ve decided to take control of my obsessive urge to review every damn book I read. Lee Child wrote 24 Jack Reacher novels and I read and reviewed each one. I was halfway through doing the same with the 22 Joe Pickett novels by C.J. Box and had just started on Robert B. Parker’s Spenser series when I thought, whoa, time to get a grip. Who reads this shit anyway? Reacherheads gonna Reacher no matter what I say; ditto Joe Pickett and Spenser stans. One new year’s resolution I can keep is to stop reviewing individual books in a series unless I have something new to say. Yes, I’ll still post book reviews here, just not as often.