Our dear friend Robin reached out by text last night: “I’m reading ‘Monuments Men,’ about the search for works of art looted by the Nazis, and what should pop up in the map at the beginning but Wiesbaden, a town which, but for you, I would never have heard of. Whaddya know?” What a nice thought for her to share on the eve of a very important day! 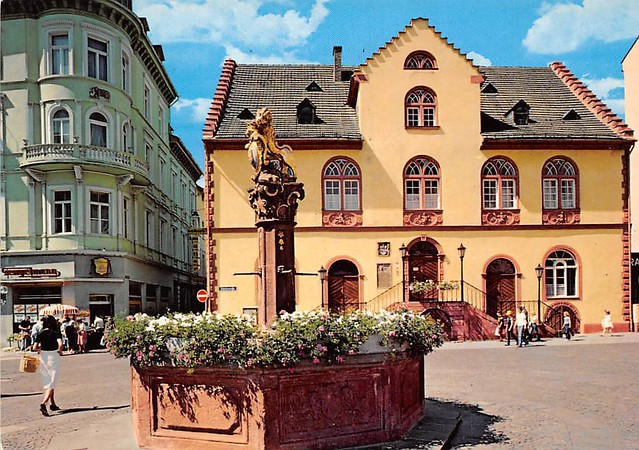 The lovely old building is the Rathaus in Wiesbaden, where — 56 years ago today — Donna and I were married. 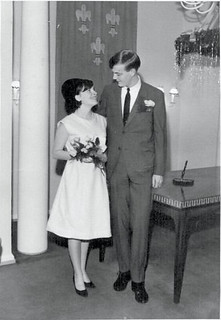 We took our vows in a civil ceremony conducted by the German equivalent of a city clerk, my parents and three of my sisters as witnesses. When we emerged from the building, Donna still holding her flowers, three schoolboys walking by stopped and sang us a wedding toast, almost as if staged for a Hallmark movie but purely serendipitous. That night, my mom and dad took us to the Officers’ Club — a grand old hotel seized by the Americans at the end of the war and renamed the Von Steuben — for chauteaubriand.