Conventional Wisdom, or What Passes for It 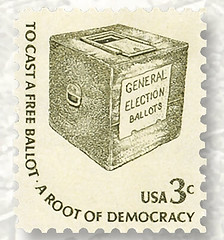 The conventional wisdom, once the dust from the 2020 elections settled, was that a 50-50 Senate, with just the vice president’s vote to break ties in the Democrat’s favor, wouldn’t be able to pass progressive legislation, change the filibuster rules, or really do much at all. The media’s going to play today’s vote on voting rights as if the Democrats have a chance, trying to keep the suspense going to the last minute. But that’s what they always do. As far as I can see, the CW’s on the money. It isn’t going to happen. The Senate isn’t ours, not now anyway.

On the other hand, CW also holds that Republicans will regain a Senate majority in the 2022 elections. I’m not sure that assumption stands up to scrutiny. What would keep Democrats from gaining a larger majority in 2022? Joe Biden seems to have lots of public support; so does much of the progressive agenda (voting rights, gun control, Medicare expansion, rebuilding infrastructure). Are state-level Republican efforts to lock out Democratic voters really going to tilt future elections in their favor? When it comes to Republicans and their buffoonish attempts to keep Democrats and progressives from voting, I smell desperation. I smell loser sweat. But that’s what I said about Trump in 2016, so we’ll see.

After the last time the neighborhood javelina squad* tipped our garbage bins over and spread the contents up and down the street, I stopped putting them out the evening before. Now I get up at 0530 on garbage day and wheel the bins to the curb in my bathrobe. Yesterday having been the longest day of the year, the sun was up over the mountains when I went out this morning. Normally I’d go back to bed for another hour, but what the hell. Might as well take Mister B for a walk before the scary trucks come, right?

*The collective noun for javelina is squadron. I don’t like the way “javelina squadron” looks in print, so I’m going with squad. Squadron, to me, is reserved for aviation, kind of a sacred subject around these parts.

The Waste Management trucks, one for regular garbage and one for recyclables, show up at 0630 and 0700, regular as clockwork. Mister B’s internal calendar and clock are equally reliable. He really hates those trucks — possibly because he saw one of Polly’s cats get squished by one a couple of years ago — and won’t go out Tuesday mornings between 0600 and 0730. But he was perfectly okay with walking at 0530 today.

Over the weekend, a man in a pickup truck plowed into bicyclists participating in a race in Show Low, Arizona, about 180 miles northeast of Phoenix. The victims weren’t killed, but seven were taken away in ambulances and six remain on the critical list. A witness swears the driver did it deliberately, even speeding up just before impact. The driver, no surprise, has a history. That the cops, never in my experience on the side of bicyclists, not only pursued the hit-and-run driver but shot him when he resisted arrest gives me a smidgen of hope justice will be served.

The incident brings to mind a couple of similar ones that happened in “bicycle-friendly” Tucson, both several years ago. A driver, impatient when road guards blocked him from making a left turn while a large group of Tour de Tucson bicyclists passed in the oncoming lane, floored it and turned anyway, hitting a group of riders head-on and killing, if I recall correctly, at least two of them. He got away with it — no arrest, not even a citation — because he was elderly. If not everyone thought he did it on purpose, they changed their minds when he left town immediately afterward. In the early 2000s, a teenaged boy swerved his Camaro onto the shoulder of Catalina Highway, right near our house, killing a woman (and possibly her child) who were biking or walking alongside the road. I’ve been searching for archived reports on the incident and can’t find any. That the mother was killed is firm in my memory, but I’m not sure about the child. Anyway, that asshole got away with it too, claiming he was trying to change stations on his car radio. Once again, the CW was he did it on purpose.

I have no moral to impart, other than to keep your head on a swivel when you’re walking or bicycling. That’s just common sense. Or conventional wisdom. Take your pick.

Republicans are pushing anti-demonstration legislation in 25 states, legislation that would among other things protect drivers who intentionally run into protesters blocking streets and freeways. Such laws are already in effect in five states: Oklahoma, Iowa, Missouri, Utah, and Florida. While incidents of motorists using two-ton rolling death machines to maim and kill protesters appear to be increasing, what’s the CW on whether vehicular attacks on everyday bicyclists and pedestrians are also going up? Or is it something that’s been happening, in small numbers but on the regular, all along? I don’t know. I hope the NTSB is tracking it.

I probably shouldn’t have written that last sentence. Who wants to bet Republicans in the House and Senate aren’t already working on a bill forbidding the NTSB to collect such data?

I’m bequeathing one of my bicycles to our grandson Quentin to use as a campus ride in college this fall. I know he’ll stay safe on it, but note with some concern the college he’s going to is in Utah, one of the five states mentioned above. If his college experience turns out to be anything like mine, he may well start participating in demonstrations and protests. Let’s hope he leaves the bike in his dorm room if and when he does!