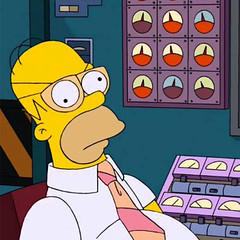 I remember, 35 years ago when we lived in Tampa, having a nightmare about terrorists poisoning the water. At the time, there had been sporadic attacks against other parts of our nation’s infrastructure, carried out by eco-terrorists. In the incidents I remember, they’d used explosives to damage railroad tracks and power line transmission towers. Domestic and foreign terrorists got a lot busier in the 1990s and 2000s, but I can’t recall any attempts to poison water supplies. Until now, that is.

In my nightmare, the terrorists physically lugged 100-pound bags of dry chemicals to the edge of a reservoir and dumped the contents into the water. It probably would have been easy to do back then, before terrorism got rolling and we started keeping a better eye on critical infrastructure. But today a lot of that surveillance is carried out by automated systems.

Automated systems like the one used to control and monitor chemical levels in a Pinellas County, Florida town’s water supply (Oldsmar, which coincidentally is a suburb of Tampa). Automated systems have made it possible for malicious hackers … terrorists … to mess with a city’s water supply remotely, from the safety of their mothers’ basements. In this case, by getting into a water treatment plant’s software and increasing the amount of sodium hydroxide (lye) in the water from 100 parts per million to 11,100 parts per million. Luckily a water department operator saw it happening on a computer monitor and immediately took control, reducing the levels back to 100 parts per million.

Had the terror-hackers (© me) succeeded, would that much lye in the water have poisoned the citizens of Oldsmar? “I’m not a chemist,” Pinellas County Sheriff Bob Gualtieri says. “But I can tell you what I do know is … if you put that amount of that substance into the drinking water, it’s not a good thing.”

Just ask the citizens of Flint, Michigan, whose drinking water has poisoned a generation of children. While that was a deliberate act by city and state authorities, I don’t think the mayor and governor meant to poison people, unlike the still-at-large actors who went after the water supply of Oldsmar, Florida … but either way, messing with drinking water is pretty goddamn personal.

Where am I going with all this? Not where you might think.

Remember the Pinellas County water department worker who saw the sodium hydroxide level being changed and immediately changed it back? Had he or she not been watching the monitors, this might have been another Flint. Or worse.

If there’s a better argument for continuing to hire humans … lots and lots of humans … to monitor automated processes, I can’t think of one. President Biden, are you listening? Jobs, a la FDR’s Depression-era WPA, need to be central to your infrastructure plan. We can’t do much about robots and automated systems taking jobs from humans … but if we’re smart we’ll rehire those same humans to keep an eye on the machines. And before you say it, no one needs to “learn to code” to read what’s happening on a computer display. Or even get a college degree.