Curse of the Fly

Our mail-in ballots arrived yesterday afternoon. I filled mine out this morning. 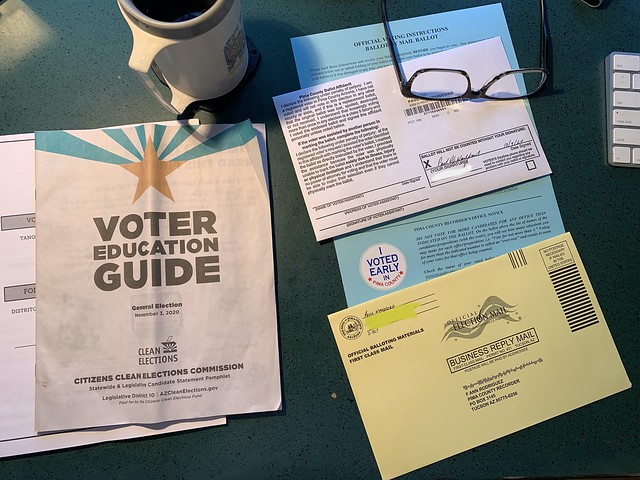 As soon as Donna gets hers done, I’ll take them to the county recorder’s drop-off site on our side of town. If any of you are voting by mail too, please don’t wait till the last minute to send your ballot in. The postal shenanigans have by no means stopped.

As previously announced, we watched Wednesday’s vice presidential debate. I expected Pence to go after Harris with attacks on her liberalism. Instead, he wound up on the defensive, trying to justify the Trump administration’s actions (and lack thereof). The temptation to say Kamala was top to Pence’s bottom is strong, but Donna tells me not everything is about sex.

I cross-checked Twitter on the iPad during the debate, watching people’s reactions. Many were hoping redness in the corner of Pence’s eye meant he had COVID-19. Reader, I looked hard and didn’t see it, and we have a really good HD TV. Nor did I notice the fly landing on his hair, but that’s on me for dividing my time between the tablet and the TV. Donna said it was there but didn’t call my attention to it, assuming I saw it too.

Any bets on whether, 50 years from now, “fly on the wall” will have been replaced with “fly on someone’s head”? Speaking of flies … 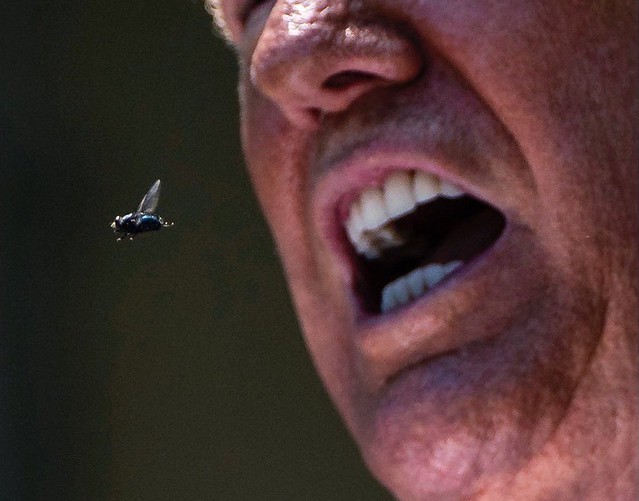